Theseus is a challenging puzzle platformer that forces players to constantly question the way they move through the world. You can't jump, but you can grow and change. And sometimes change means leaving things behind.

Originally created during Ludum Dare 35, Theseus placed 4th Overall, 4th in Fun, and 6th in Innovation out of nearly 1600 entries.

A vastly expanded version of the game is now in development, with dozens of elegant and challenging new puzzle levels, new mechanics and secrets, unusual creatures to meet and interact with, a complete original soundtrack, all new environment art, and an intuitive level editor.

The expanded version of Theseus is now on Steam Greenlight at bit.ly/TheseusGreenlight

You can play the 30-level demo here: Themeorch.itch.io 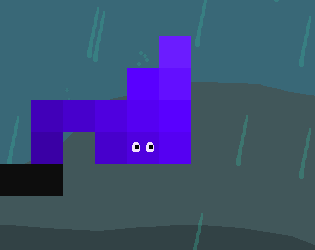 "Theseus may look pretty basic, but once you start playing you'll be hooked by it's ingenious block building gameplay mechanics and brilliant level design... A remarkable bit of game design."

"The puzzle design is really excellent! The most obvious ways are often the wrong ones - just like in life, eh? - and you'l feel pretty clever when you solve some of the riddles. Impressive."

Theseus is a challenging puzzle platformer, in which you must grow, change, and leave parts of yourself behind. It was originally created as a linear set of 22 levels for the Ludum Dare 35 game jam. Now, I'm working on a vastly expanded version (and it's up for voting on Steam Greenlight right now!) with new mechanics, characters, artwork, music, and more.

Perhaps the biggest change coming to Theseus, however, is the result of two separate issues that quickly surfaced as I considered ways to expand the game. Let's call these issues Deign Challenge #1 and Design Challenge #2.

One of the most vital aspects of Theseus is that the player's shape changes within each level, but remains the same from the end of one level to the beginning of the next. This reinforces the feeling of a continuous journey, as opposed to just a collection of random levels. It works nicely for a smaller game, but issues arise as the size of the game increases.

Most larger-scale puzzle games offer players multiple challenges at any given time, so if they're stuck on a puzzle, they can go elsewhere and come back to it later. This is just good, conscientious game design, and it helps avoid players giving up on your game entirely.

But in a game where the starting shape in every level depends entirely on the level before it, how can I offer players multiple puzzles at any time, while still maintaining the sense of a continuous journey? That's Design Challenge #1. 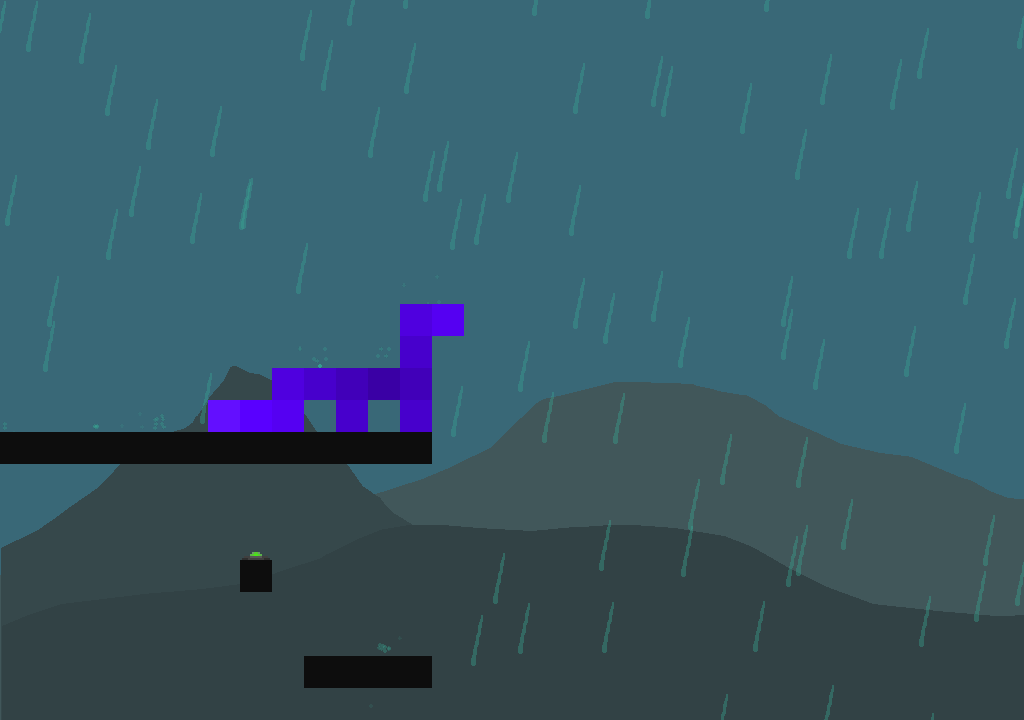 Early on in development of the original Theseus, I wanted to have puzzles with multiple solutions, to increase the degree to which players could experiment and find solutions that felt like their own. However, the continuity between levels means that multiple final shapes leads to multiple potential starting shapes in the next level. This becomes increasingly unfeasible as you design more and more levels, and the resulting puzzles are less interesting and less elegant, since so much of their design has to be dedicated to making the puzzle work for the multiple shapes.

And so, by necessity the puzzles in the original Theseus ended up being designed to each have a single solution. Aside from being more restrictive on player experimentation, this also required me to adjust level designs to actively prevent alternate solutions, which can be a bit inelegant.

So this is Design Challenge #2: In a much larger game, is there a way to avoid the pitfalls of levels with multiple solutions, while also avoiding the restrictiveness of a single solution per level?

Alternate solutions can be fun and exciting for players to find,

if they don't cause too many problems in development.

Like many game design solutions, this one solves multiple problems at once, and it required questioning an assumption (in this case, that multiple solutions were not feasible). The solution is this:

Many levels in the expanded version of Theseus will have multiple solutions, and each different final shape will lead to a different next level. Players can return to previous levels and solve them in new ways to unlock new paths along the "map" of levels.

This gives players numerous levels to try at any time, it makes it easier to design elegant levels, it allows for more player freedom, and it increases replayability. It is absolutely key to the direction of the final game, and it's a win on many fronts, design-wise. 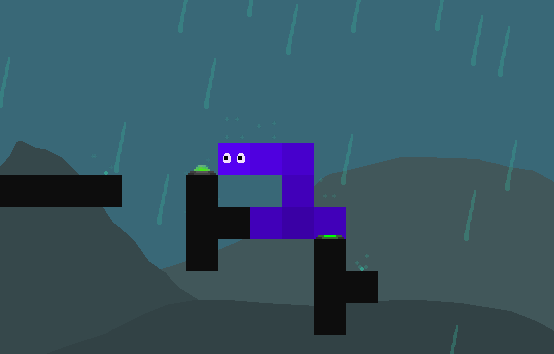 The expanded version of Theseus is in development and can be found on Steam Greenlight here: Steamcommunity.com

This demo for Theseus is based on the original Ludum Dare 35 version and includes more than 30 challenging levels.