A singleplayer survival adventure set on a mysterious alien planet and is the spiritual successor to the 2010 PC Gamer USA Action/Adventure Game Of The Year "The Ball" set for release in Q1 2016.

Earth has been destroyed and mankind lingers on in a small fleet of ships near Pluto. As humanity's last hope, you are sent to scout a distant planet as a potential location for a colony. After years of space travel disaster strikes however, and your ship is destroyed when approaching the planet...

With your team members dead and your equipment gone you have no way of communicating or receiving help from anyone... you are completely and utterly alone...

Desperately you look for a way of phoning home, but as you explore the seemingly desolate planet, you uncover the dark secrets buried within the depths. In this otherworldly odyssey you uncover mystery upon mystery as you try to survive the harsh climate.

The Solus Project is the brainchild of Sjoerd "Hourences" De Jong. As a one-man army he crafted the vision for the game and a large part of the game's looks. Sjoerd has over 12 years of experience in the industry and has worked for a range of large and small studios such as Starbreeze, Epic Games, Guerrilla Games, Digital Extremes, and many more.

Teotl is a small indie studio that was founded in 2010 and is located in Sweden. It released The Ball on PC in 2010 and followed up with Unmechanical Unmechanical on PC and iOS/Android in 2012.

Grip Digital is a privately owned developer and publisher of games for consoles and high-end portable devices, based in Prague, Czech Republic. The company was started by industry veterans who worked on games across all major platforms. Grip Games is working with the top independent developers to bring their games to console platforms.

In just over two weeks, first-person survival sim The Solus Project will be available on Steam Early Access. Currently the game supports the Oculus Rift DK2, though future head-mounted displays have the potential to receive support once they're available.

The Solus Project seems like the perfect kind of game to adopt VR support, as it's all about exploring an incredibly harsh alien environment. Looking for a humanity's new home, you wind up stranded and alone on a hostile world whose environments are subject to dynamic and devastating weather conditions. Tornadoes, meteor showers, and extreme temperatures are just some of the hazards you'll need to deal with in the game's complex survival systems. 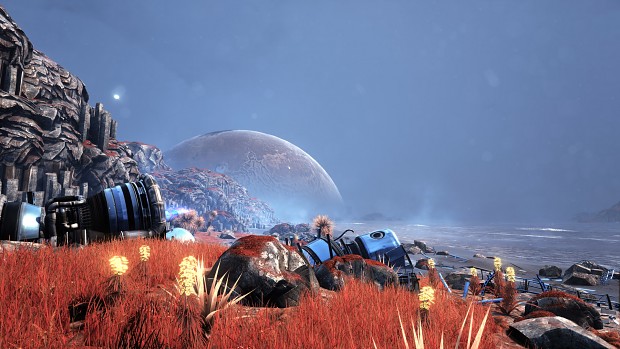 Though the game does currently support the Rift DK2, the game's Early Access page contains some VR caveats:

The Solus Project will also be available via GOG.com, and on Xbox One a week later. The Early Access period is planned to run for 90 days, with the game's full release due in May this year. 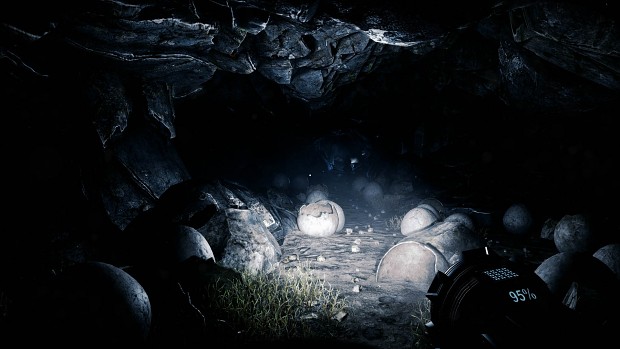 One of the best game for PC and introverts.

very cool - but controls frustrate me so much I can't play it for more than 10 minutes before throwing my controllers.

So sick of empty boring "survival" games like this. Full of stuff I don't want to deal with in reality put into a game. Oh ******* boy...