The Prison Game is a Multiplayer Survival Crafting game. The purpose of this game is to survive through enemies and other challanges with your abilities and skills.

In the near future with the crime rates going high, prisons became so overcrowded that the death row prisoners are now being sent to abondoned cities surrounded by great walls. These cities has no guards nor security, so prisoners are left there alone to survive with the most dangerous criminals on the loose.

The government has turned this into a national televison show for profit. Death sentenced prisoners are offered to be executed right away or to be sent to The Prison Game. So either they choose to die or get a chance to survive in a tough place where others fight for their lives. Prisoners have to defend themselves against each other but from time to time they have to stand together against enemies sent from outside as part of the show.

You can collect parts, materials, craft bombs, weapons, or you can smuggle stuff from outside of the prison. These items will be delivered to the prison via drones. To signal your position for the deliverables you have to fire flare guns. But by firing you will also expose your position to other players while waiting for your items.

Team
You can team up with other players. This way you can share your resources, safehouses and survive together.

If you would like to play with your friends, you can create a team “Gang” and you can share almost everything you got. But if you are a lone survivor, want to be the king of the hill, then you may play on your own. Its totally up to you.


Characters
Every character in the game has a different past. They are sentenced to death because of their choices in life. Depending on their early life experiences, their pasts will have positive and negative effects in the game. Each characters abilities and skills will differ from other. Some of them are skilled with guns, some others are in picking locks and some will be highly efficient on creating bombs with couple of materials.

Event System
There will be special events that will take place in the city, some of them will be enemies like a small group of a private army and some will be deadly traps. In the occurence of events, the priosoners will get a chance to have valuable items. Every event will be announced via city speakers and alarms. According to the announce and alarm type it will be possible to understand the level of the threat.

There are 4 types of events that we have been maturing on so far.

By the announcement of this event, lunatic crazy and unstable prisoners with various items wil be let loose through the hospital basement. You have to kill them to get those items in a labyrinth like basement floor. Every one will be carrying some valuable item that will help for you to survive. The problem is, hospital basement floor is pitch dark and it needs guts to go in there alone. Don’t forget your flashlight!

Reapers of the Army

By the announcement of this event, heavily armored and geared private army enters the city. They enter the prison through different doors and take position on specific locations. They are hard to beat, strong and cruel. If you take down them you can have the equipments and the rewards really worth for your efforts.

Hunger, crazy and feral dogs will be sent to the prison with this event. Each one of them are kept hunger for days and drugged to became rabid. They will be sent through different doors to random locations. If you get bitten by one of them, painful and slow death will be waiting for you if not healed soon. And getting fully healthy will take about 2 days. So watch out if you hear howling.

By the announcement of this event, a poisoned gas will be released to the streets. Prisoners wont be able to survive this event without a gas mask. During the event, there will be airdrops at city center that contains vital equipments and weapons. Prisoners will struggle to find and loot that airdrop within highly posined and toxicated gas and with low view distance because of the haze it causes.

Release Date
Game release date is still TBD. It will be announced by the January. Withing this progress, we are sharing every step we take, every goal we reached on The Prison Game blog.

The Prison Game is on Greenlight!

Early Access release date for TPG is coming. We have submitted our Greenlight submission today on Steam. We are expecting your support as you made before on our steam concept page. :)

To support The Prison Game on Steam to get Greenlit;

We have prepared a gameplay teaser video containing the dogs.

We have completed modelling of the city. Will continue on completing interiors and usages. Grass is also modified. 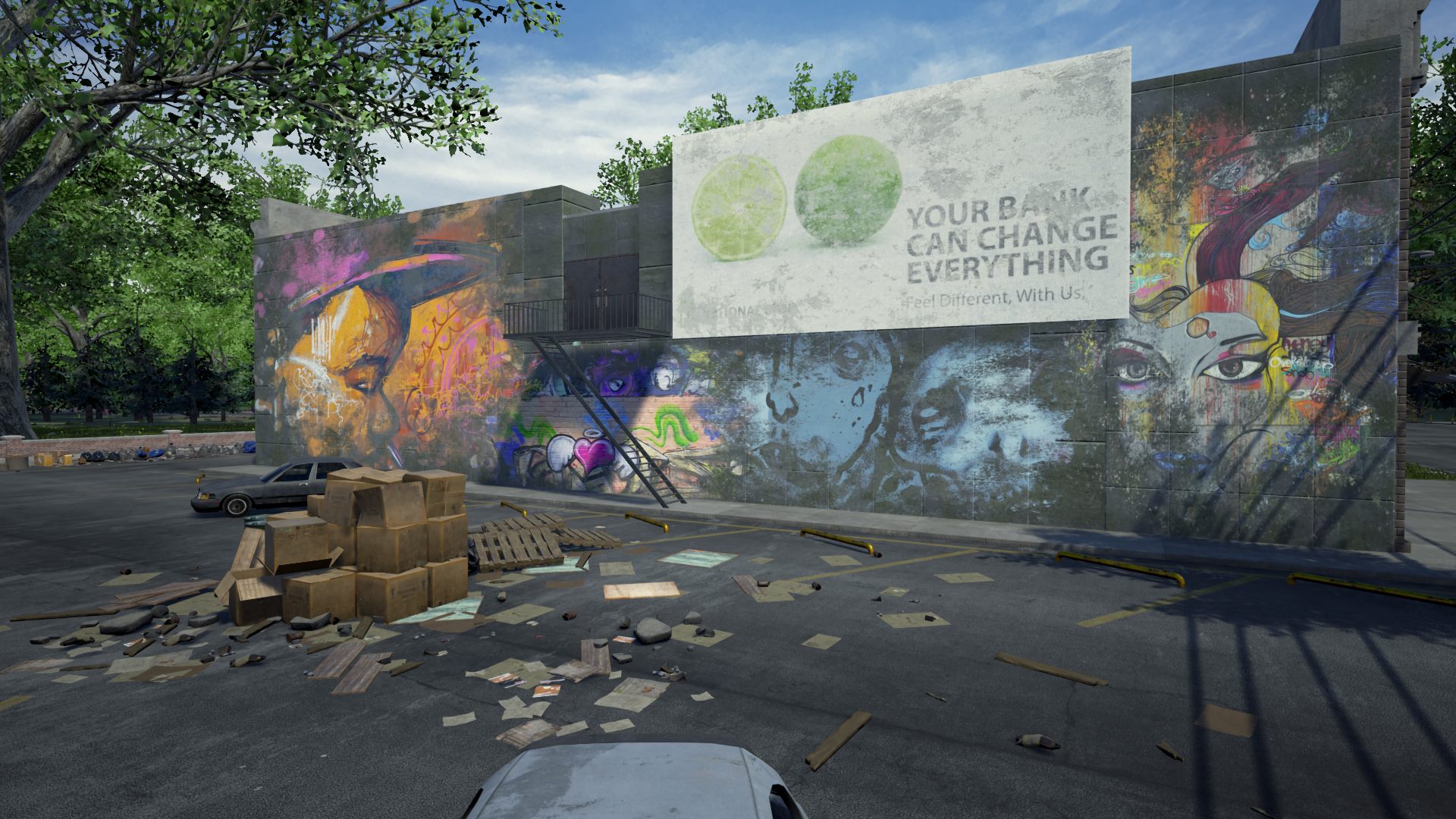 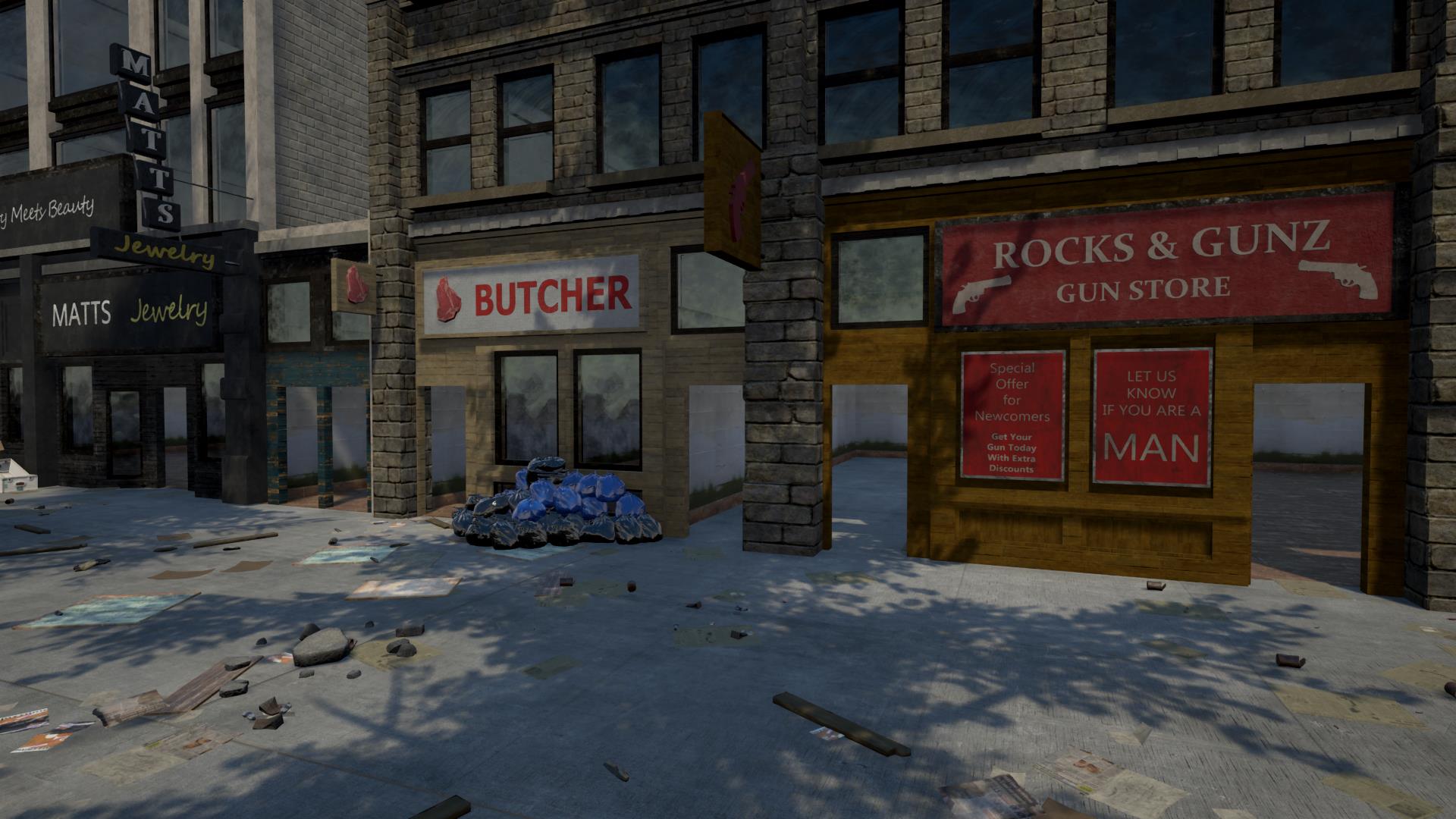 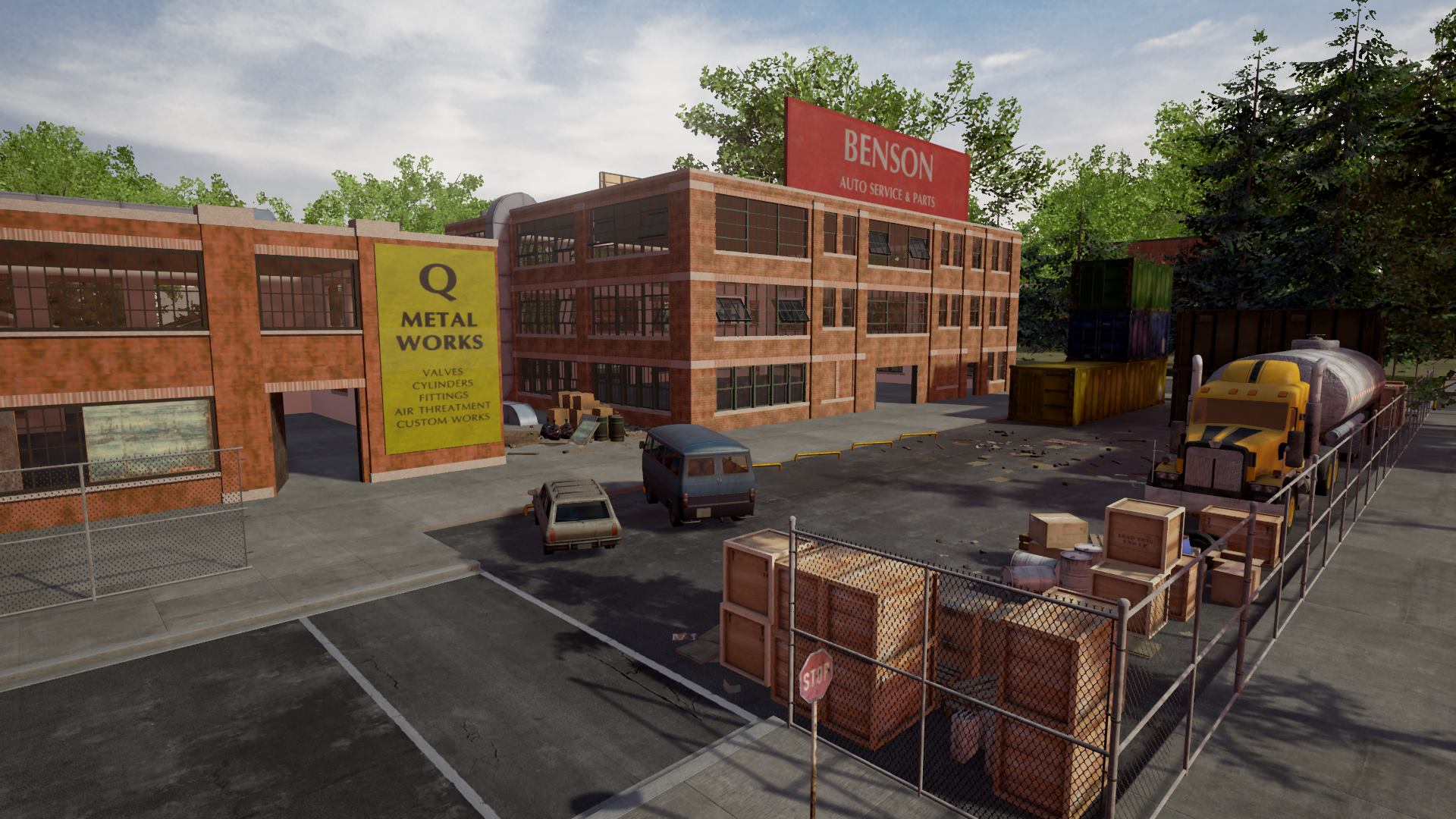 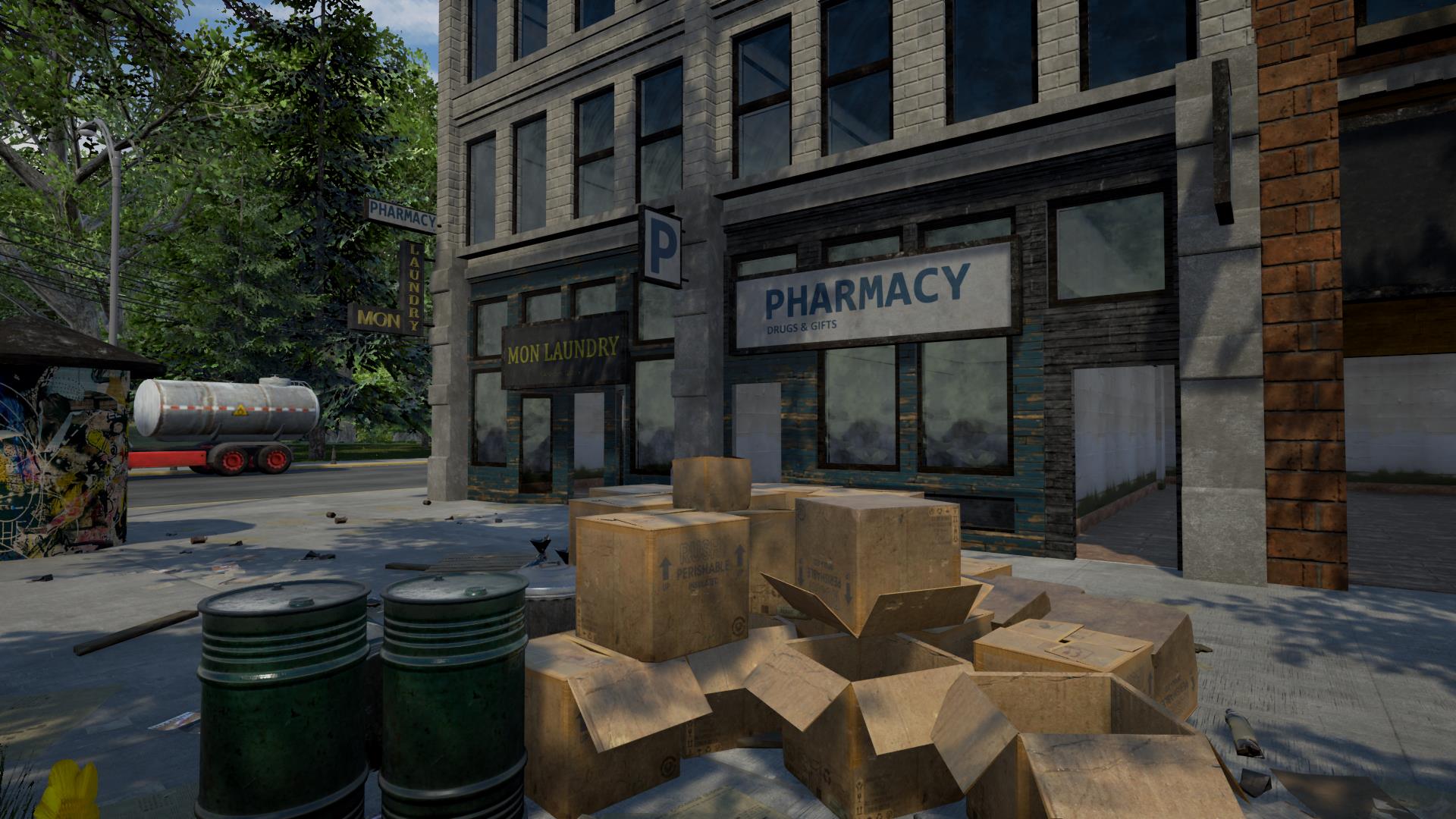 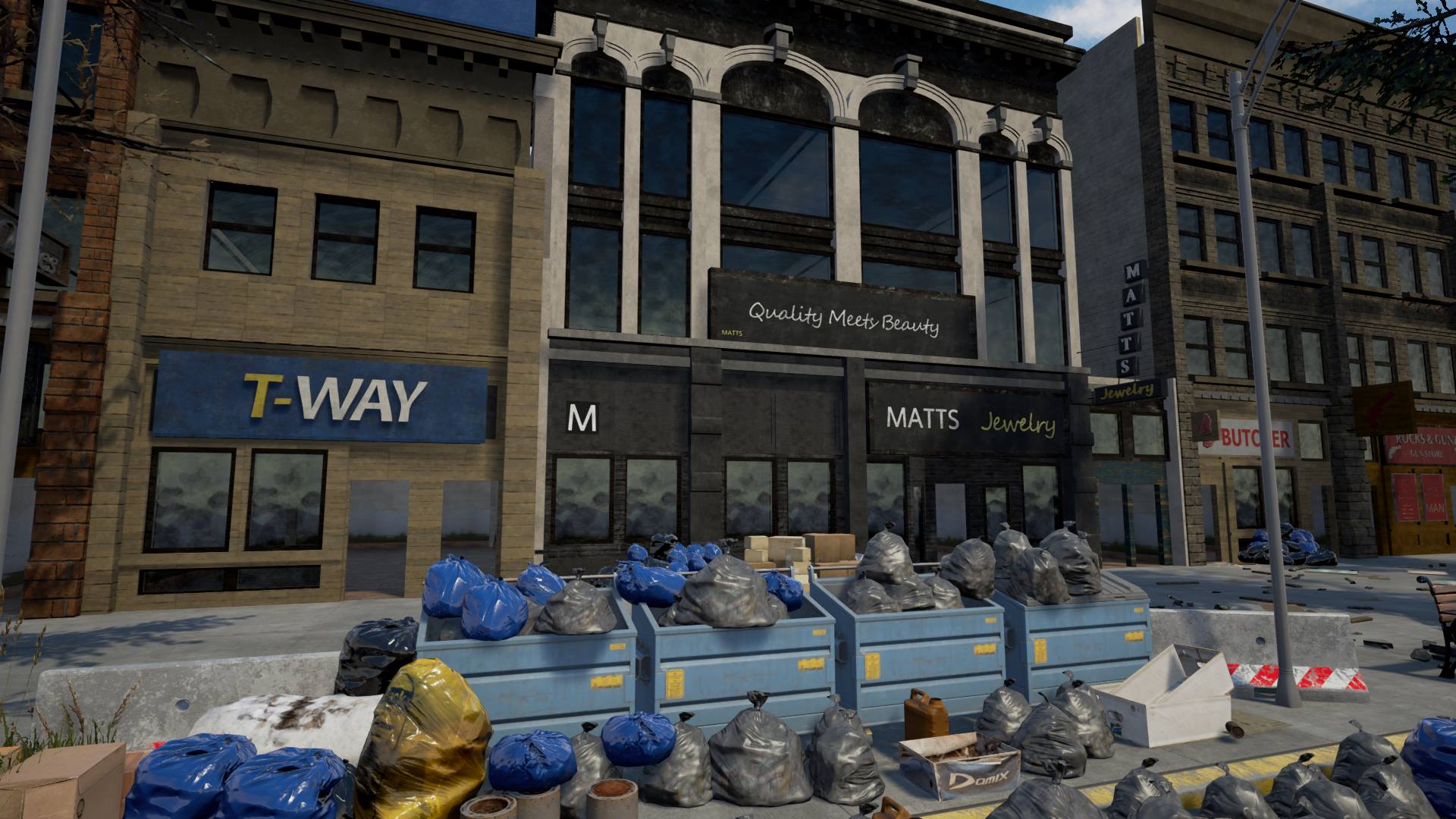 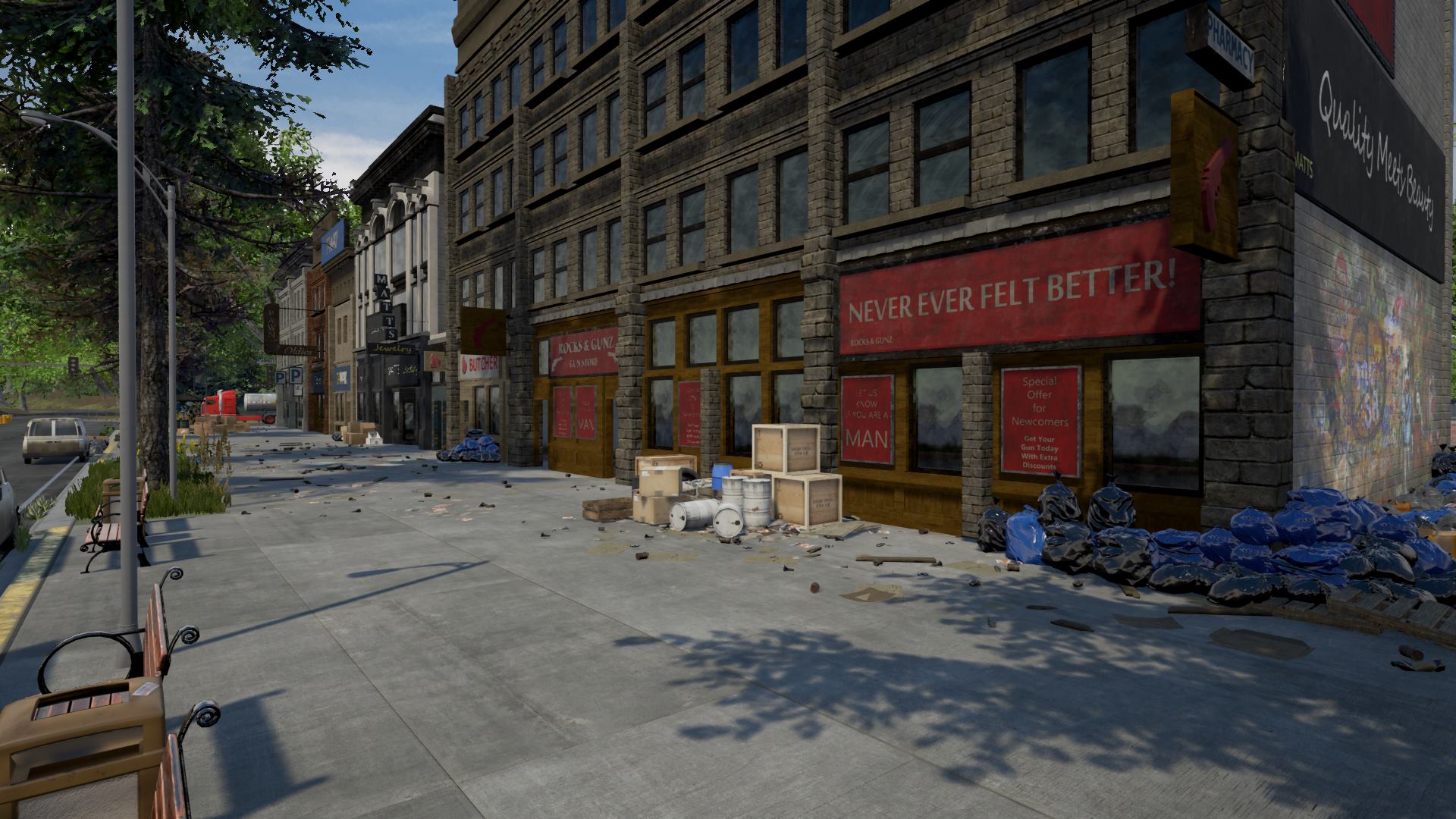 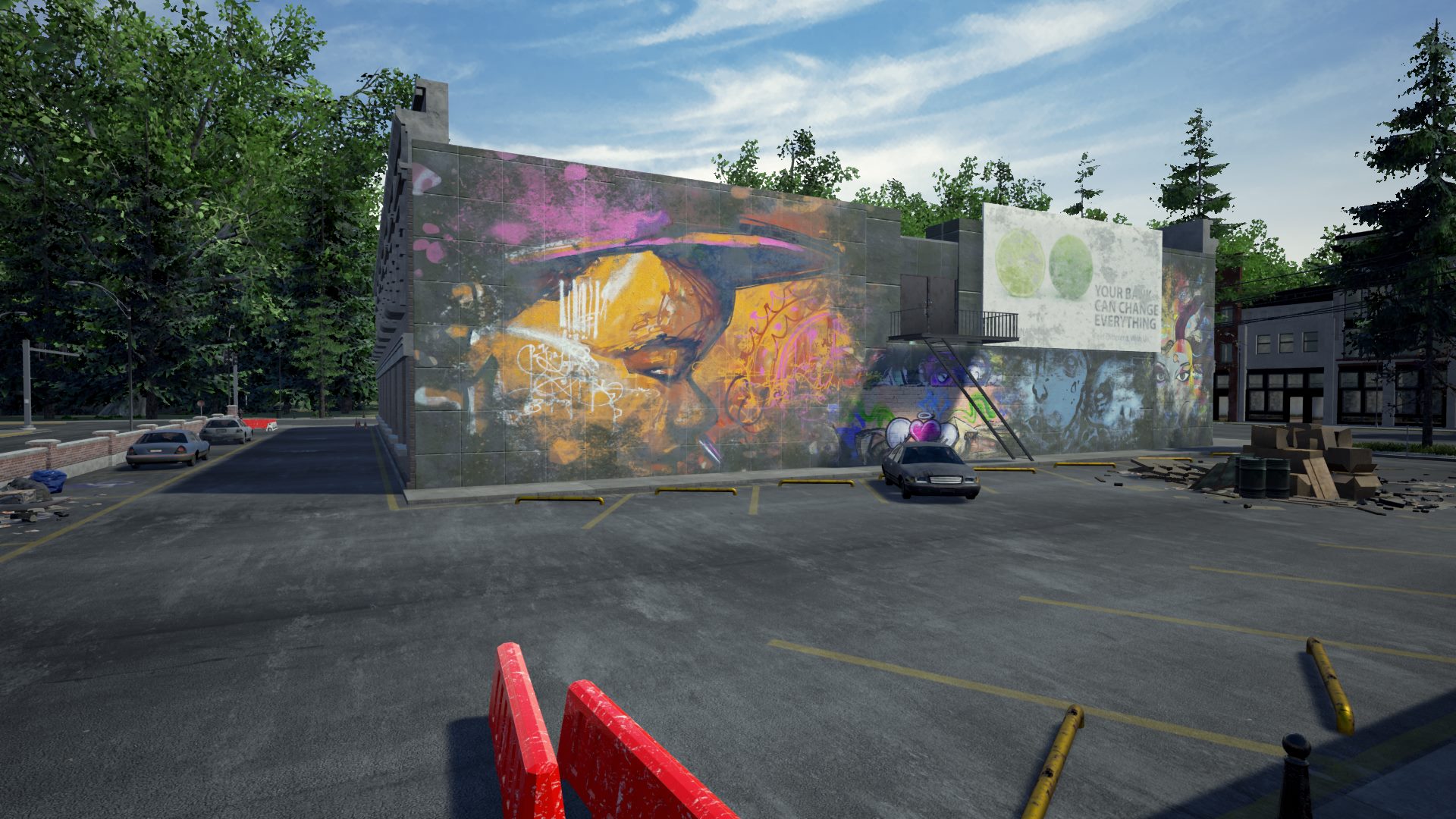 We are making lots of modifications as you requested and we will keep on that way. We will be sharing gameplay elements with upcoming weeks. Stay Tuned!

See you with the next update!

New Sidewalks & Roads finalized. Prepared modular buildings. Completing City. New Weapons and Dogs! Also we are at the top of the steam!

The Prison Game: At the top of Steam Greenlight Concepts!

When do you plan to release it on console? I'm really looking forward to this game! No rush and keep up the good work!

Dude when is it coming?! I will buy it as soon as it comes out this game looks like one that could get your heart beating when you find someone, like DayZ. also love the concept.

So its like Escape From New York mixed with Day Z, sounds interesting

Will the early access be on console as well?

Probably one of the better games I've seen made with UE4, AND it's an indie game (my favorite kind). Good luck!

Will this be economy and society focused or combat focused?

It will be combat focused. :) Its actually survival & crafting game. :)

Twitter
Tags
Embed Buttons
Link to The Prison Game by selecting a button and using the embed code provided more...