The Last DeadEnd is a game in the genre of adventure and horror. We play the role of young scientist Farhad Novruzov, who left his homeland long ago and returned to help in the filming about of a documentary for an international television channel. After he returned home, he faces inexplicable events somehow connected with the ancient religion of Zoroastrianism. The scientist has to find out what awaits him.

The last update for the game The Last DeadEnd v1.2 was published today. 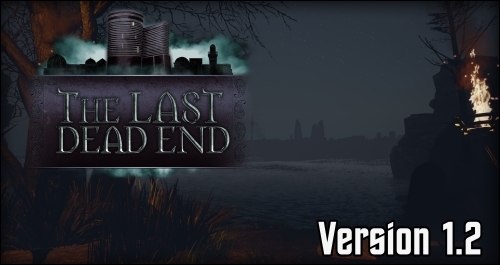 It took about a month to polish the visible and non-obvious problems of the game.

Current changes have been made:

We have finally created the massive update to our "The Last DeadEnd" game. We made both significant and small fixes. The most important is adding survival...

We have special announcment! It is extremely important to us to support our last released game and also to do various improvements to a game. Therefore...

After responding to some feedback and comments, we have released a new patch for the game that fixes both minor and major flaws.

Our game was finally released and the same time we released the patch for the game that fixes many minor and major problems in game.

Modern game has a few connections with this old demo

We have released particular version of alpha version of "The Last DeadEnd" for Oculus Rift DK2. We have fixed many problems, that were in previous version...

I played the alpha version and found it to be very good. I love the atmosphere and the music was great.

I'm not a fan of jumpscares, but that first one really made me jump out of my seat and I only played for a few more minutes before I stopped playing, I was that anxious of what was going to happen next.

Great effort and look forward to the final version.

This is the ending because i didn't get it in the last video. Youtube.com

DeadEnd has really an end?
(at the well I stood twice and nothing)

You need not to stand, but collide with the well.

I really enjoyed this game unfortunatly i kept dying and i have no idea how to get past. Youtube.com

You need to collide the well to pass a game