In this dice-based, deck-building, roguelite adventure, scavenge the Wyrd and escape the approaching Thing of the Dark. Load your dice with powerful augments to create your own synergies and combos and stack the odds in your favour. In the rabbit hole of the Wyrd, the only way back up, is down.

In a couple of months, we will provide a playable demo of the game and will launch on Early Access soon after. The community’s valuable feedback is an integral part in how development will roll out and the launch of major updates. We'd love for you to be part of this exciting journey and our awesome community. Be sure to wishlist and follow us on social media for all the latest updates and exciting news about the game!

In this dice-based, deck-building, roguelike adventure, scavenge the Wyrd and escape the approaching Thing of the Dark. Load your dice with powerful augments to create your own synergies and combos and stack the odds in your favour. In the rabbit hole of the Wyrd, the only way back up, is down.

Produced in South Africa, “The Endless Wyrd” recently won the first qualification round of the NGDC Season V, which took place during Africa Games Week in Cape Town in early December and have therefore qualified for the big Nordic Game Discovery Contest this coming summer in Sweden! 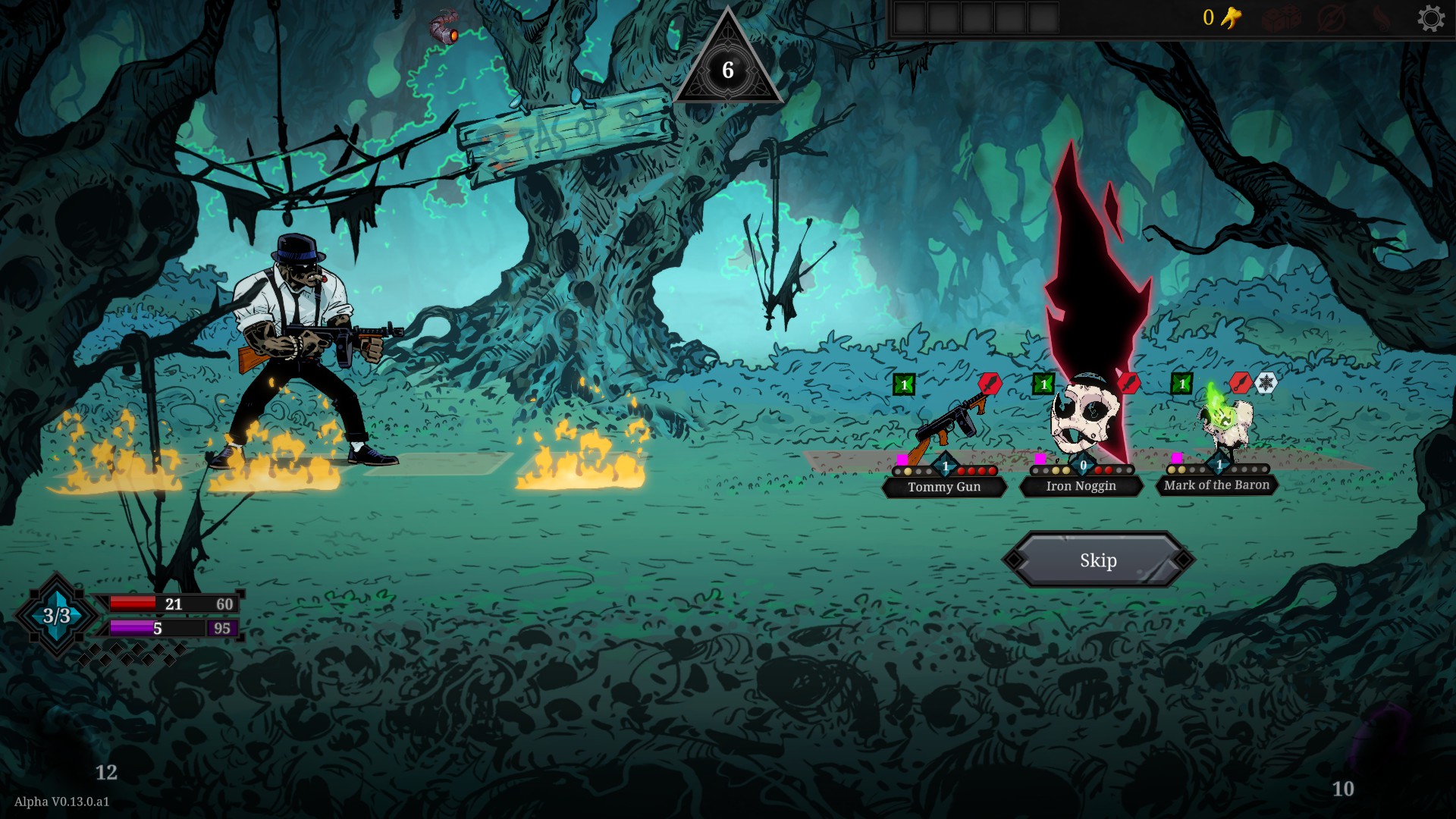 "To us, The Endless Wyrd is the quest for the stupidly overpowered and we can't wait for players to uncover the ridiculously overpowered synergies and combinations that we have in store", says Janke van Jaarsveld, CEO of Design Imps, "We are also very proud of the game's South African roots, boasting the unique comic art style of Willem Samuel, who's band, SkreeAlleen, incidentally also lent their talents to the soundtrack."
“The Endless Wyrd” is scheduled for Early Access release in Q3 of 2021 and an early Alpha demo is currently available on Steam. “At Design Imps we are committed to the concept of "Together we can make it better”. It was the reason we implemented an easy to use modding system for Fhtagn! - Tales of the Creeping Madness and the reason we want to have Early Access. We believe that with the input of players we can make this game amazing!”, says Janke.

The Endless Wyrd is available as an Early Alpha Demo on Steam here: Store.steampowered.com

About Design Imps:Design Imps was founded in 2010 by Janke and Ilana van Jaarsveld as a bootstrapping Indie Studio in Pretoria, South Africa. Through the help of friends and family and after years of paper prototypes and double jobs, the company finally started development of their first title The Creeping Madness, in 2017. To keep the project alive, focus was shifted in 2018 to create Fhtagn! Tales of the Creeping Madness, in order to secure much needed funds. The team decided to place a hold on The Creeping Madness in 2019, till the studio could grow more in size and experience and so The Endless Wyrd was born and production on this dice-based roguelite deckbuilder is scheduled to enter the Early Access phase in Q3 of 2021. For more information, look up: Designimps.com

We are excited to announce that our dice deckbuilding roguelike adventure game, The Endless Wyrd, recently won the African leg of the Nordic Game Discovery...

We’ve released a sneak peek of the game and we'd love some feedback from the community. The demo was part of the Autumn Steam Game Festival, but it...

We’re excited to launch the reveal trailer for The Endless Wyrd. In this dice-deck building, roguelite adventure, scavenge the Wyrd and escape the approaching...