You are an ant.

One day, whilst harvesting food for your queen, the whole “lifting-50-times-your-body-weight” thing goes to your head and you get the idea to create your own colony.

You’ve seen other ants leave the nest before only to be found later in pieces a few feet away.

But this is different. This is you. You’re unique. You’re smart. You’re strong. And you’re not bad on the eyes.

You take one look back at your former home and think about your friends and family. They’ll understand.

The Colony focuses on exploration, cooperation, and the never-ending quest to become the greatest colony in the land!

Start the colony of your dreams by choosing the right location and giving birth to your own little ant army!

Expand and grow your colony by finding resources and creating pheromone trails for your workers to follow! Customize your base by digging into the ground, setting up a perimeter of traps and structures, and warding off would-be intruders to your glorious ant empire!

Survive. Giant spiders, starvation, natural disasters, other ants, and many other challenges stand between you in your colony’s quest to reign supreme. What lengths will you go to protect you and your own?

Attract specialized ants to your colony to provide unique weapons, armor, and abilities to your colony! Explosives and collateral damage suit your tastes? Spawning a fireant with a healthy supply of X should do the trick. A stealthy, stab-you-in-da-back, play style more your cup of tea? First off, I hate you, and secondly; Yes, we have that too.

Treat and wage war with other any colonies to achieve mastery over your domain. Anything goes. The Colony supports a massive 100-person multiplayer arena where players grow their colonies, create alliances, and conquer each other over resources to become the last standing colony!

Gain experience and unlock new colony skins and achievements! Your deeds in battle won’t be forgotten. Be the envy of every ant on the scene when you go strutting around in your very own Bee Mount!

This week's video is all about weapons!

In our game you play as an ant exploring the world, killing noobs, taking names. To accomplish this goal you will be provided few different weapons types to aid you in your quest to become the best colony (and only) colony in the land!

Our game uses lag-compensated authoritative shooting for multiplayer play so you can ensure this smug ant gets hit when you really shoot him. 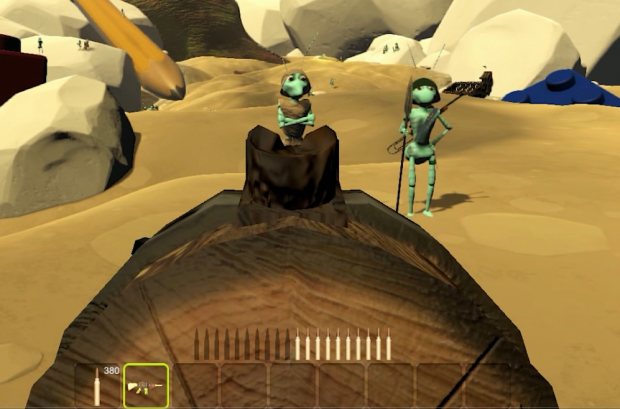 He obviously has somewhere better to be

Leafs, paperclips, and other natural material can be used to create the weapon of your dreams!

Weapons also can attach themselves to players and push them in the direction of travel. Poor guy, wife asked him to get some groceries and the next thing he knows he's on the business end of spear. Should have went Amazon Fresh. 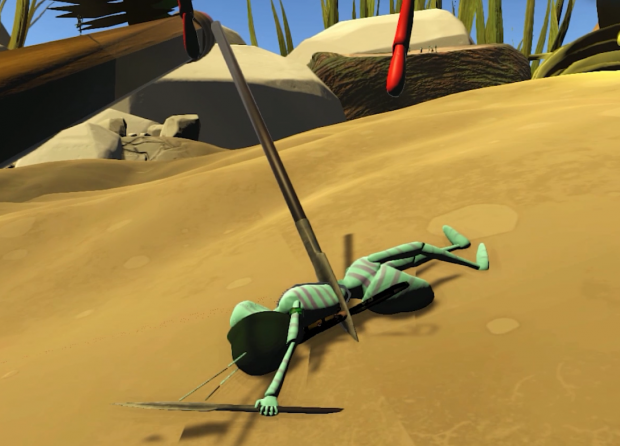 That's it for this week, if you have any ideas or are interested in sharing a model, we'd love to hear from you! 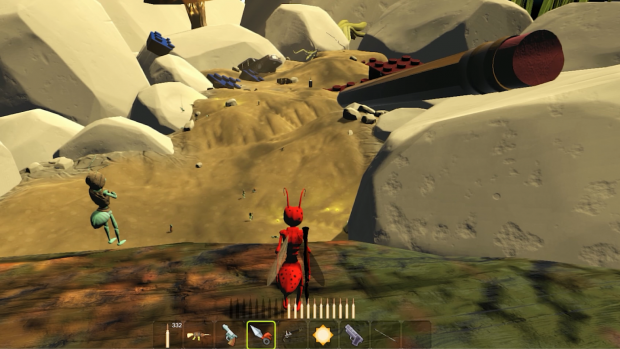 This week's devlog focuses on our tunneling system, which consists of procedurally generated tunnel chunks which connects hives around the level!

Our attempt at toppeling the Mighty Minecraft Voxel!

We ran an alpha test for our game The Colony and we'd like to share our experience with the world!

The Colony - Getting owned by people in our own game!

I have never been so stoked for a game, I am a myrmecologist who plays too much rust, lived for minecraft when I was younger, and would give my left nut to see this game come to its substantial and glorious full fruition.

Ohhhhhh! this looks really interesting! I'll be tracking this and I can't wait to see where it goes! :D

Looks really interesting, will there be different ant species with different abilities?

Thanks for your interest!

Indie
Twitter
Tags
Embed Buttons
Link to The Colony by selecting a button and using the embed code provided more...