Join Stan on an epic adventure to put Christmas together for him and his family in just one day. Decorate your house, buy the family presents and prepare the ultimate feast. With a whole town to explore, residents to help and puzzles to solve, will you be delivering the best family Christmas ever or lumps of coal on the big day?

A living world whose residents move to their own busy schedules

Find hidden areas, quests and items based on your knowledge of Christmas Pop Culture

Since we started work on the concept for The Christmas List (about two-and-a-half years ago), this time of year has always presented a challenge. It's an ideal time to show people what we're doing and get feedback, but as a father, it's when I have the least spare time to dedicate to the game. This is problematic when you're responsible for promoting the project. 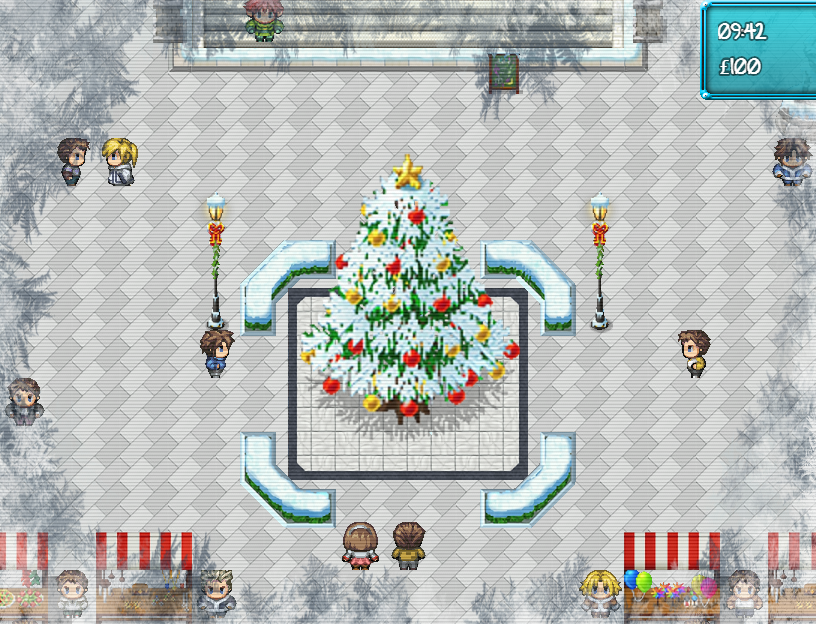 So this year we thought the best thing to do was get our demo out there and let people try the initial quest from the game for themselves. Hopefully, having a chance to play through it would be far more beneficial than any number of screenshots or updates we could put out on our twitter feed. 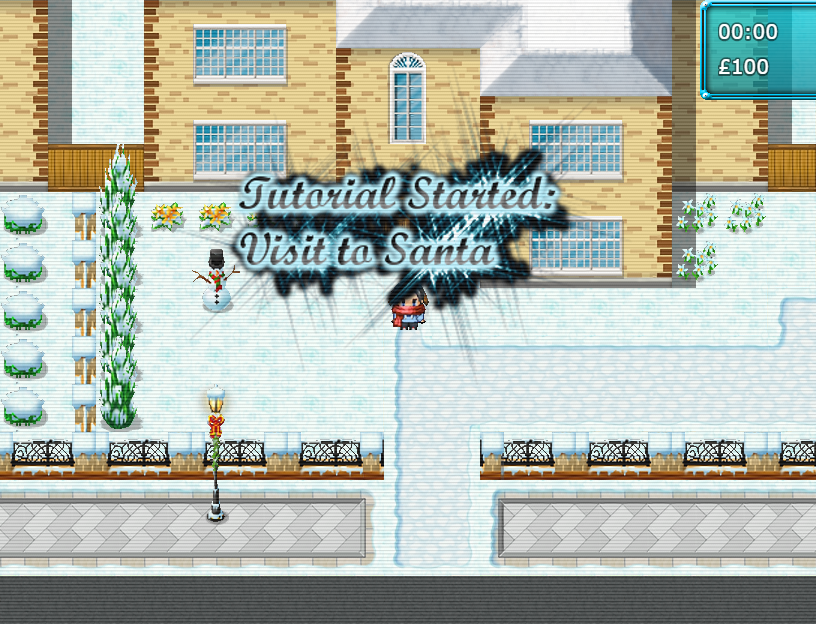 I'll be honest - putting a demo out is something I find both hugely exciting and utterly terrifying. Will people enjoy it? What if everyone thinks our ideas are rubbish? Or, even worse, what if no-one cares and it gets ignored? Even though this is effectively a hobby project for us, putting something playable out there still feels like sending one of your kids out into the world. 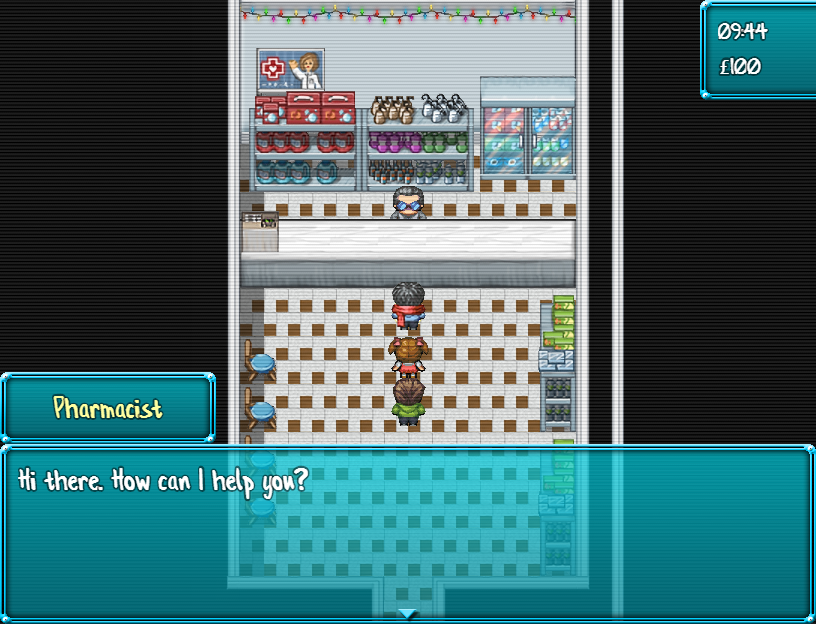 Thankfully, quite a few people have taken the time to try out the demo (big thanks if that's you) and, even better, a few have contacted us with their thoughts - this stuff is utterly priceless when we figure out which parts of the game need work so huge thanks to anyone who has dropped us a line. One of the main things which came out was that people wanted to know more about the rest of the game so we'll be trying to make our dev logs a regular feature in the new year (my first of several resolutions no doubt). There are lots of other areas in the game which we've completed already so we'll be keen to show those off in more detail soon. 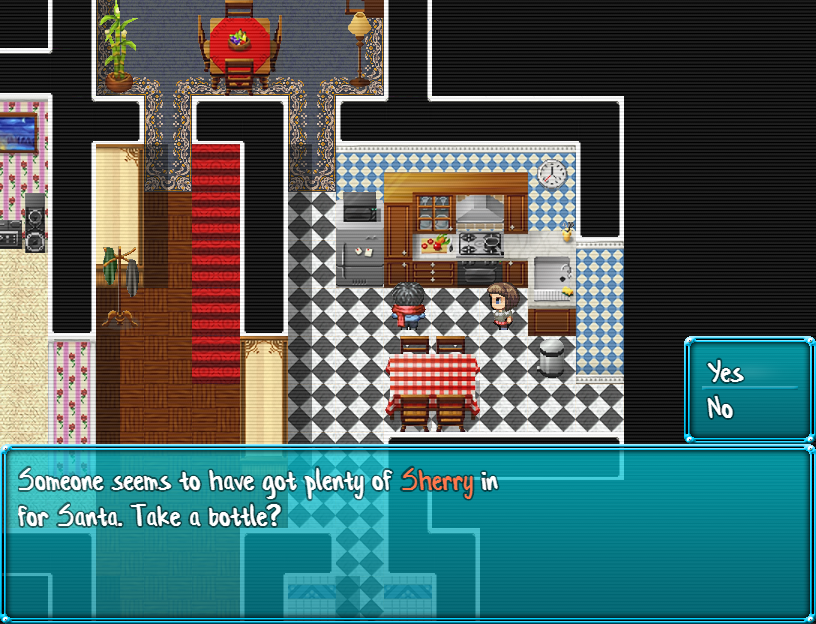 Another point which came out was the formats available. We've had several requests for a mobile version which we would absolutely love to do. Hopefully it will be possible in the long term since RPG Maker MV does have support for both iOS and Android. Once we've got the main bulk of the game finished I'm sure it's something we'll look at :-) 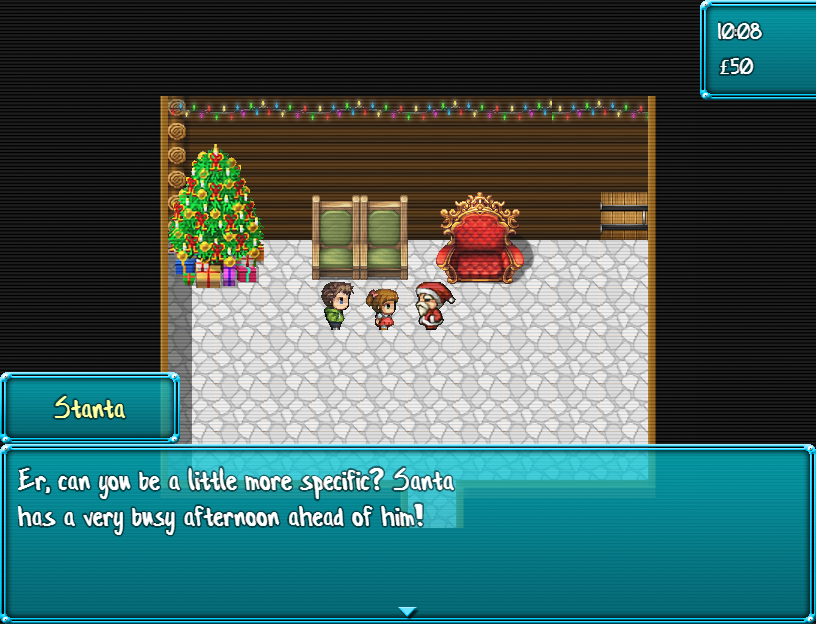 It just remains to wish everyone reading this a Merry Christmas and if you fancy getting into the Christmas spirit with some old-school adventuring, The Christmas List demo is available to download now :-) 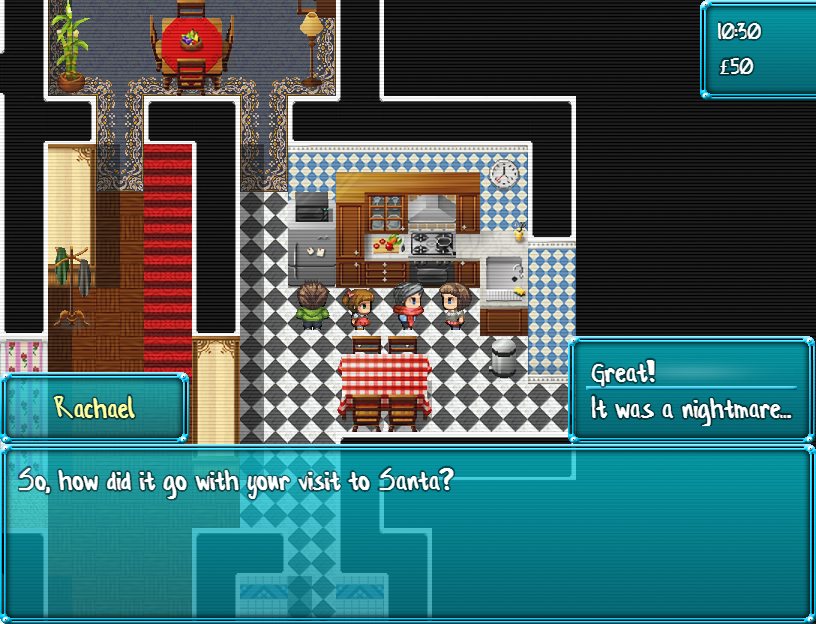 Get in the festive spirit with our first demo for The Christmas List. Play through the full opening quest to take Stan's kids on a visit to Santa.

The end is nahual: If I may say so Adventure