Team Racing League is the first team-based racing game where you win and lose together as a team. Compete in an online 3v3 race where skill and collaboration are key to victory. Team up, strategize and use tactics to disrupt and beat the opposing team in a MOBA-like clash!

In Team Racing League, there are lots of skill-based mechanics. You can race, crash, boost, drift, block, jump and brake your way to success. Choose to fight for position, play a support role or turn around to troll your opponents. Not everyone on the team needs to race, the others can support the racer by blocking opponents or by connecting your hovercraft with someone from your team. Once connected, you can create speed boosts or extend into a roadblock, making life harder for the opposing team.

Team Racing League was inspired by retro arcade racing games like Super Off Road, Micro Machines and Championship Sprint. Instead of relying on power-ups, Team Racing League is all about teamwork and racing skills. It aims to be a pure racer, without artificial equalizing mechanics. During the game the complete track and all racers are visible in a top-down view. The mid-poly atmosphere is enhanced by an 80's style synthesizer soundtrack and palpable sound effects. 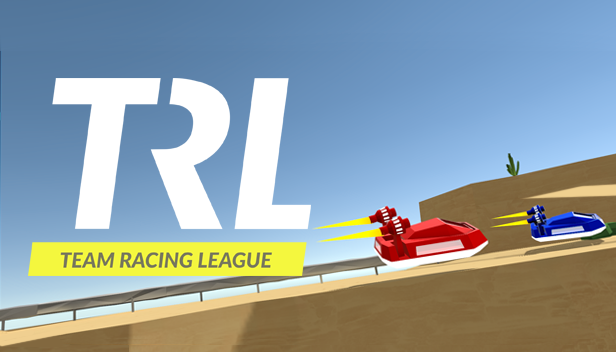 To promote Team Racing League and grow its popularity (top games), use the embed code provided on your homepage, blog, forums and elsewhere you desire. Or try our widget.

Hi all, We’ve been a bit secretive, but the team has been working hard to get the game ready for Early Access release AND bring you something extra...

Apex Racing League is an upcoming top-down arcade racing game for PC in which players will race online or offline in a wide variety of motorsports. Designed...

So, you've got a place in the world tour... Congratulations! But, you're a newcomer, and now you will need to prove yourself. This game lets you fight...

Ignite is something that is boundlessly different from any other racing game on the market. The fresh take on racing mechanics offers plentiful new ways...

The latest instalment of the Gran Turismo franchise, which as of March 2015 has sold over 75 million copies worldwide, is coming to PlayStation 4 with...

Crashdrive is a multiplayer freeroam stunt game. You can make awesome stunts, make new friends in the chat and of course get Crashdrive credits! With...