Tanros is a browser game (Tanros.com.br). It is a massive multiplayer that has as reference two passions of your developers.

The famous MMORPG in Europe called Tibia and the story of Harry Potter.

The reference of simple and creative gameplay of Tibia, where not always graphics or complexity of the game is the main, brings out the need for the RPG game is not just an action game, but an engagement game player with scenery and other players. 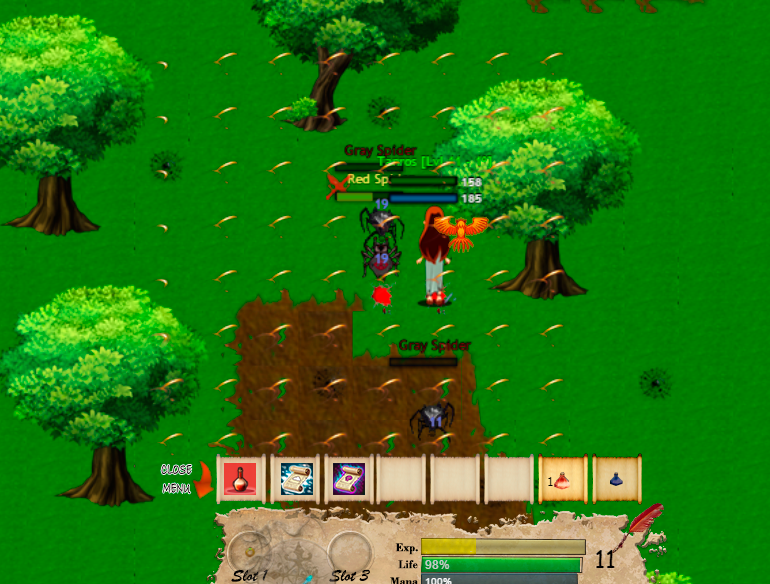 Create a format game so rare in a scenario of a magical world, with battles of wands and staffs, making a careful role play, with long adventures and challenging to its players is a major challenge.

World of Tanros starts since the entrance in the web site, where the site attempts to involve players, showing two publications of students in schools where great achievements or epic battles enter as highlight, as well as the possibility of including battles and videos of players. 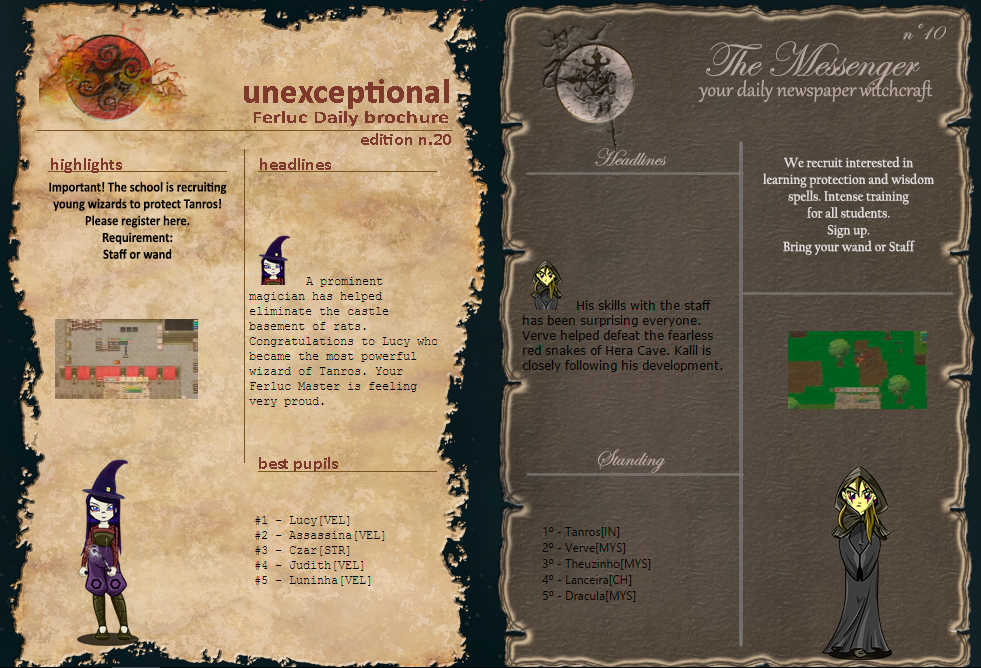 The best students of school also get stand out on the site, creating a competitiveness to the participant of each school.

Tanros have two magic schools, one related with to the elements of nature such as fire, water, air, etc., and other schools with spiritual and mental magic.

Each character has different characteristics even though the same school, because even in the world of magic, physical composition and individual characteristics make each magical being single. Choose from five profiles: Speed, Mystery, Intelligence, Strength or Charm. 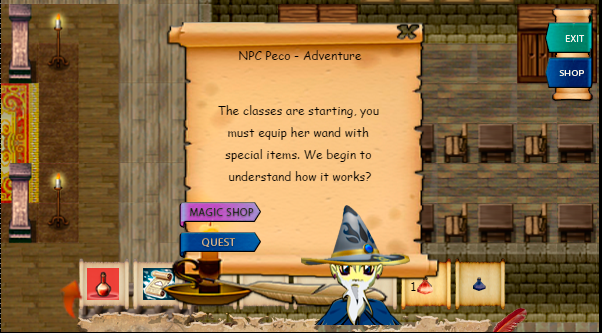 Search for rare items in creatures or magic shops to increase the power of his wand and venture into the forests, caves, mountains, etc. 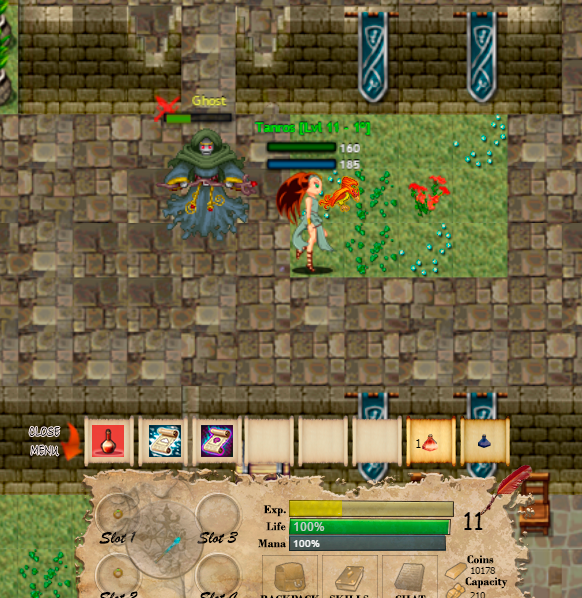 Join your friends and we go face strong creatures.

Players who choose to improve experience in the game wins a number of advantages, such as areas, creatures, items and unique adventures, as well as the possibility of acquiring a protective (mascot) that help in combat.

Besides you will win a number of extra tools within the Tanros site.

To promote Tanros and grow its popularity (top games), use the embed code provided on your homepage, blog, forums and elsewhere you desire. Or try our widget.

Start your adventure now. Choice one school and start to explore

As a man or woman stranded naked, freezing and starving on the shores of a mysterious island called ARK, you must hunt, harvest resources, craft items...

Heroes of Newerth pits two teams of players against each other: the Legion and the Hellbourne. Both teams are based at opposite sides of a map. The map...

Era is a turn-based fighting game with RPG elements and online PVP or PVE. Pick a team of up to 6 characters, level them up, join a faction and fight...

Cradle features a groundbreaking fast-paced system for melee combat driven by your intent and purpose. When you attack in Cradle it is not a stand-in...

Be the top Garrison in the world by defeating all the enemies invading your world. Choose your class, hone your skills and forge your own destiny.