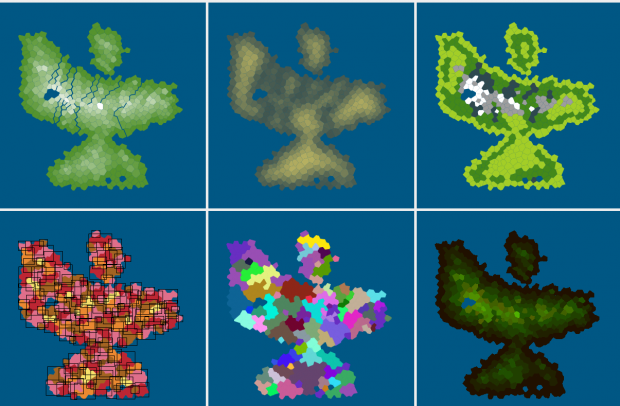 Currently working on a generator to procedurally generate a map.
Top-left is the elevation map with water and rivers, right next to it is the moisture map followed by the biome map.
The two left images on the bottom show the generated baronies and independent houses. Finally the image on the right is the generated terrain map which is read by the game to create the actual terrain.