Welcome to the 7th progress report on Sword & Scroll! I had been meaning to write this for a while now but always kept pushing it back hoping to accompany it with a new demo release. Alas, that still seems to need a bit of work and it has been quite some time since the last progress report, so this won't be happening. That's the bad news. The good news is, that the project has progress quite a bit both in visual terms and gameplay wise.

The game UI has received quite some relayouting to display more information while wasting less pointless space and generally making everything "flow" a bit better. The overhaul is not finished yet, however. So there are still about half of the UI using the old look and half of it using the new one. 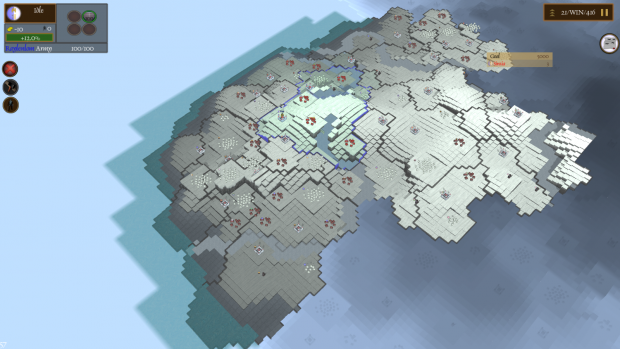 Also, in order to make things more manageable, especially late game, the game has received a new view mode, the strategic view. You enter it by zooming out a bit. Then all the visual goodies such as the terrain will be replaced with a simple board game styled look.

Those who have seen the more or less recent additions of screenshots may have (hopefully, since they kind of stand out) noticed the use of new post processing shaders! Previously, the game hasn't used any at all. Now, Bloom, SSAO and Depth of Field shaders have been implemented and put into use.

Here is the new look, one showing the winter season and one the summer season. 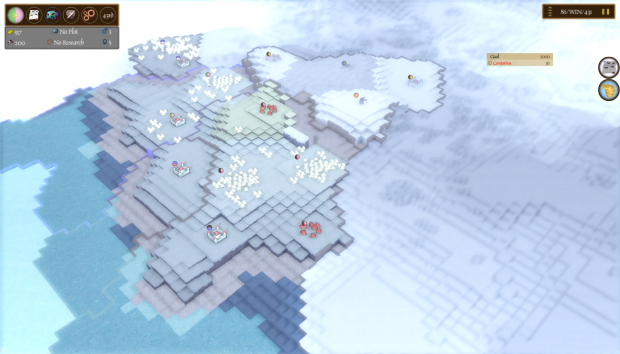 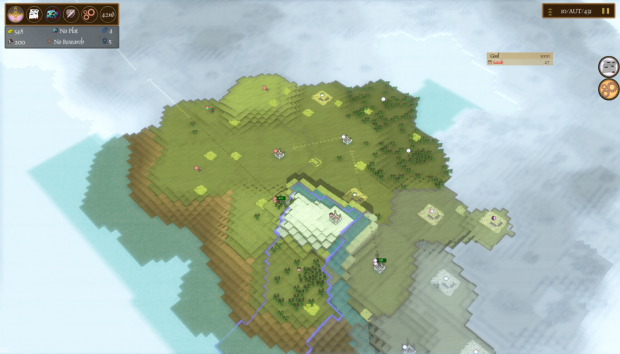 The reader will probable notice some differences in the shadings in the screenshots following in this report as there is still quite a lot of parameter tweaking going on.

Most economic decisions had until now mostly a diplomatic dimension in regards with whom you wish to form trade agreements with. You have a windmill and he has a farm producing grain? Then it might be a good idea to send a diplomat to him and form a trade agreement and then dealing with the diplomatic consequences this might imply. This was the previous main train of thought the player would probably follow.
There's also the standard "constructing buildings" such as markets, forges, etc. mechanic but compared to the diplomatic part, the strategic depth here is rather shallow.
Therefore Roads have been added to give the player more strategic depth in the economic department. You can connect two Holdings via roads. You can only build a road to a Holding in another realm by having a trade agreement.Roads have quite a few consequences

Here is a short video displaying the road building mechanic among a few other things.


Another addition to the economic part of the game is the supply and demand system. Previously each Trade Good held the same value in each Holding. This was not only unrealistic but also pretty boring gameplay wise. Now each Holding has a base amount of demand. So connecting Holdings which supply the demanded goods is a good idea.Not only this, but everything you build be it buildings or troops causes demand. Building a regiment of swordsmen? The demand for iron will increase. 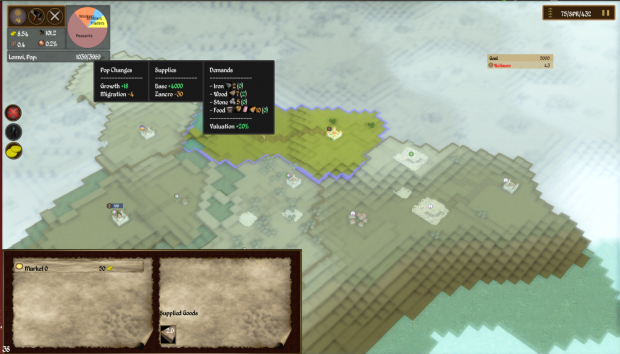 Fulfilling does not only affect the prices of Trade Goods. E.g. if you do not supply the iron demanded for your swordsmen regiment your army maintenance will increase drastically.Similarly, if you do not fulfil the demands of your population, they wont like living in your Holding and consider moving to a different one (i.e. it affects your migration value).

Sphere of Influence and Diplomatic Vassalization

Let's get to the changes that occurred in the probably most interesting part of the game: The Diplomacy. The main change here is that diplomatic vassalization is now, possible meaning that you can also use diplomatic means to expand your realm. In order to "smooth" the vassalization process, there is also a new game mechanic, namely Sphere of Influence.
Each realm now exerts influence over its neighbouring realms. The neighbouring realm exerting the highest influence while also exceeding a minimum threshold is considered the Hegemon. 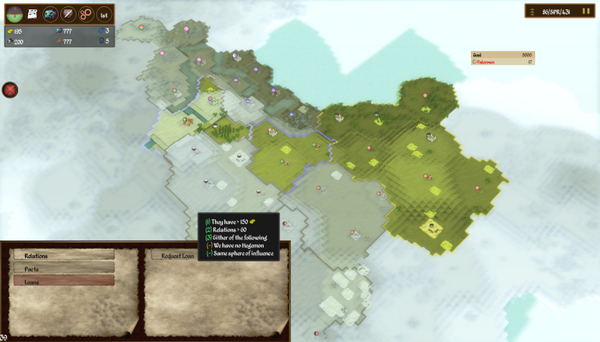 Being a Hegemon has advantages in itself. For example, the subordinate realm is only allowed to borrow money from other realms in your sphere of influence (including yourself of course).
However, the main advantage is that you have managed to take the first step for vassalization. As the Hegemon you gain the right to declare that you will protect the subordinate realm. If you manage to succeed while also gathering Favor with the subordinate realm you will then be able to vassalize them. 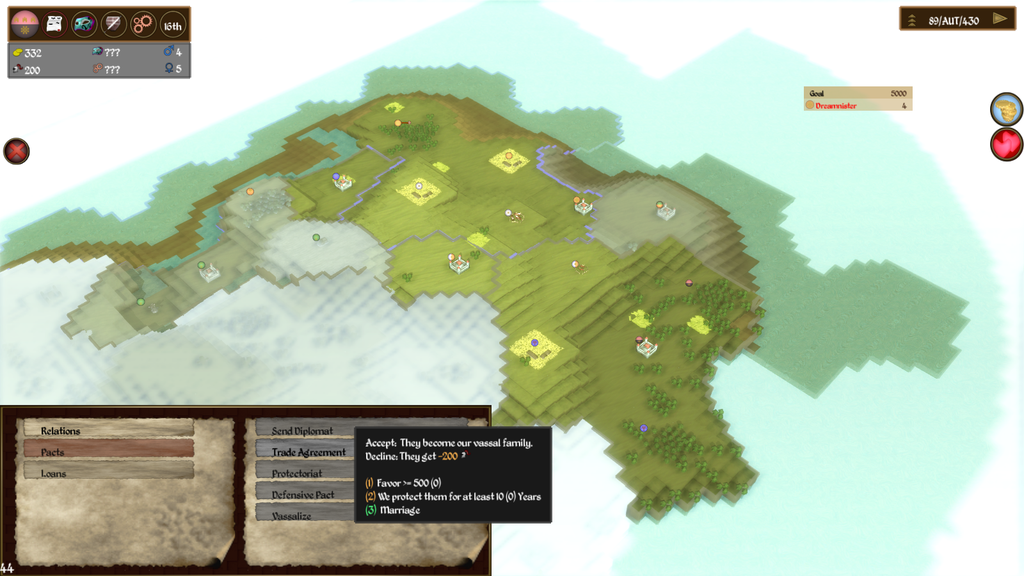 Besides the points posted above, there have been several other smaller additions and improvements. The terrain generator has been updated and there are also a few more intrigues allowing you to assassinate other Houses family members and disguising your armies as bandits to plunder neutral territory. I will probably write about the new additions in the intrigue section in the next progress report. Until then!

Fifth progress report for Sword&Scroll, detailing the major changes. The focus has been on improving stability, multiplayer, gui and the shaders.

I can finally announce a first public demo in form of the release of the alpha version 1.0.3 of Sword & Scroll!

Sword & Scroll first alpha release [Alpha 1.0.3] for Linux, Windows and Mac. Features core mechanics and multiplayer. Please be aware that this is...

Is this game dead now? Damn :/ It looks really good

Does anyone know how to run it on windows 7?

Any chance for a dev update? Been a while guys cant wait to see what you've done!

I keep pushing off the progress report because I always hope that I can put out something more demo like in the future, but theres still too much to do. I will probably give a proper update this weekend or next one.

Looking good so far! Can't wait to play the next alpha-release