Swarm Universe is a top-down shooter with single-player and online-multiplayer functionality. The game is highly modifiable and comes with a sophisticated level-editor. You can build your own arenas and game-modes and share them through the Steam Workshop. Based on Dedication Games' 2010 release Swarm Arena, Swarm Universe is a complete re-imagination of the swarm-concept with all new core mechanics and vastly increased production value.

SWARM UNIVERSE - out now on Steam!

After feverishly working on this over the past 4 years, it's time to celebrate! SWARM UNIVERSE is out now on Steam! 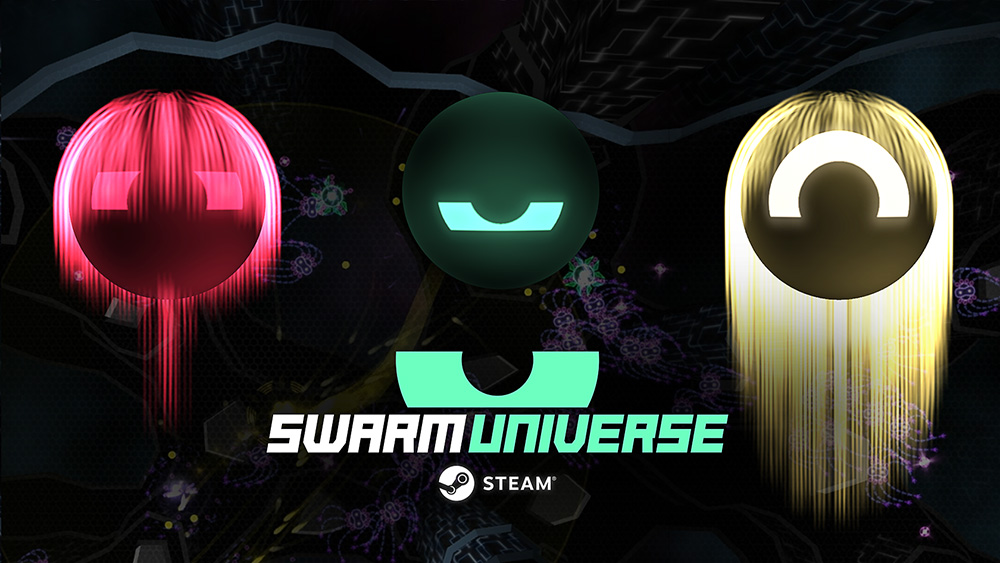 SWARM UNIVERSE – What is it all about?
• Fast-paced action and highscores
• Single-player campaign
• Online-multiplayer (free for all & team-play for up to 8 players)
• Modding for rookies and professionals
• Unique, physics driven swarm gameplay

Based on our 2010 release SWARM ARENA, SWARM UNIVERSE takes things to a new level. Countless hours went into every detail, from the basic experience of moving like a swarm, to detailed physics, story and design. We even built our own engine to perfectly match the needs of this game.
The entertaining single-player campaign is hosted by virtual intelligence "Bot-7". He guides you through the game and pulls off a twisted chamber play with some unexpected turns. Furthermore SWARM UNIVERSE introduces online teamplay for up to 8 players. Accompanying the game's core-content, we plan to continuously create additional official content (single- and multiplayer) and share it through the Steam Workshop. 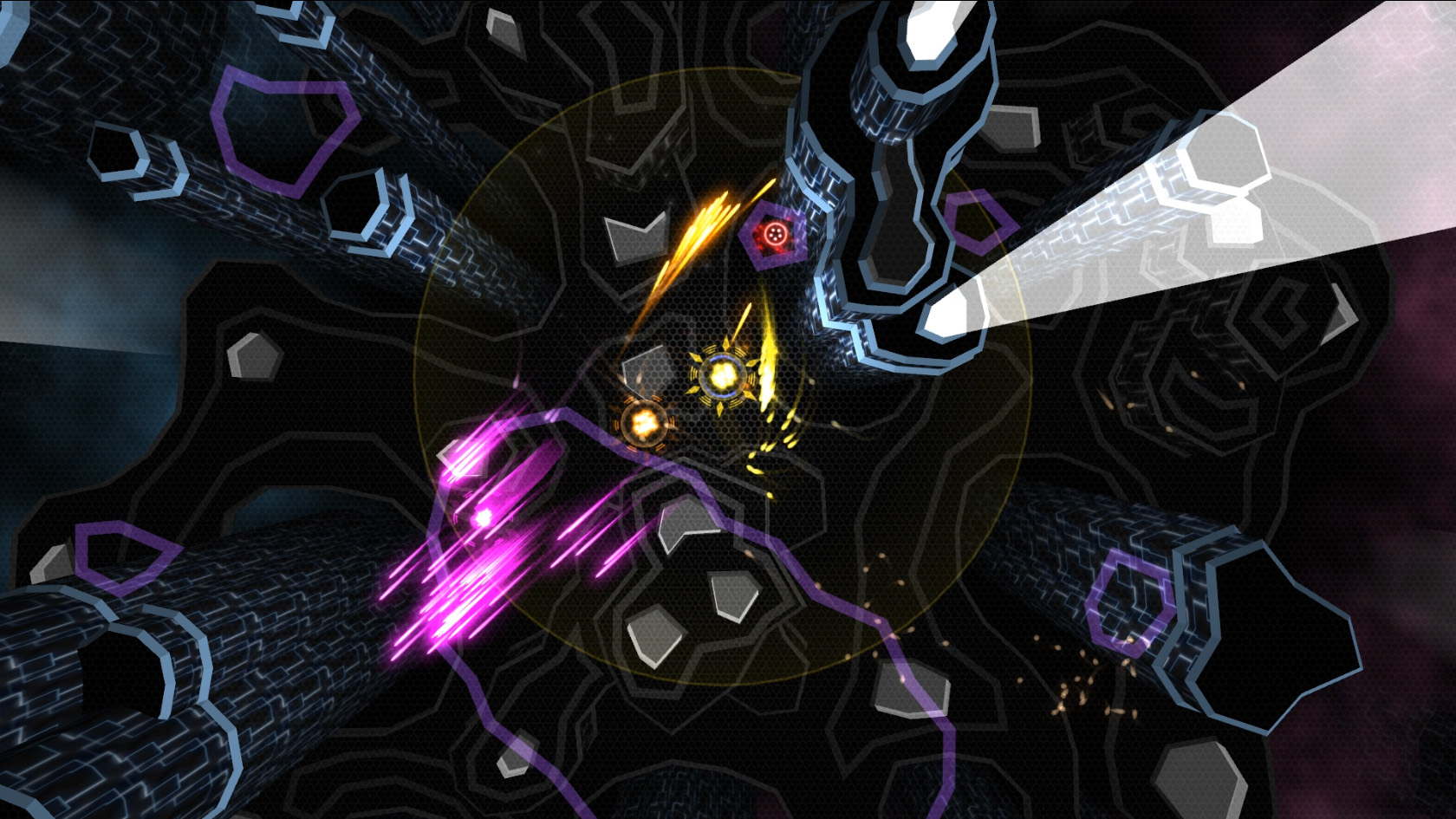 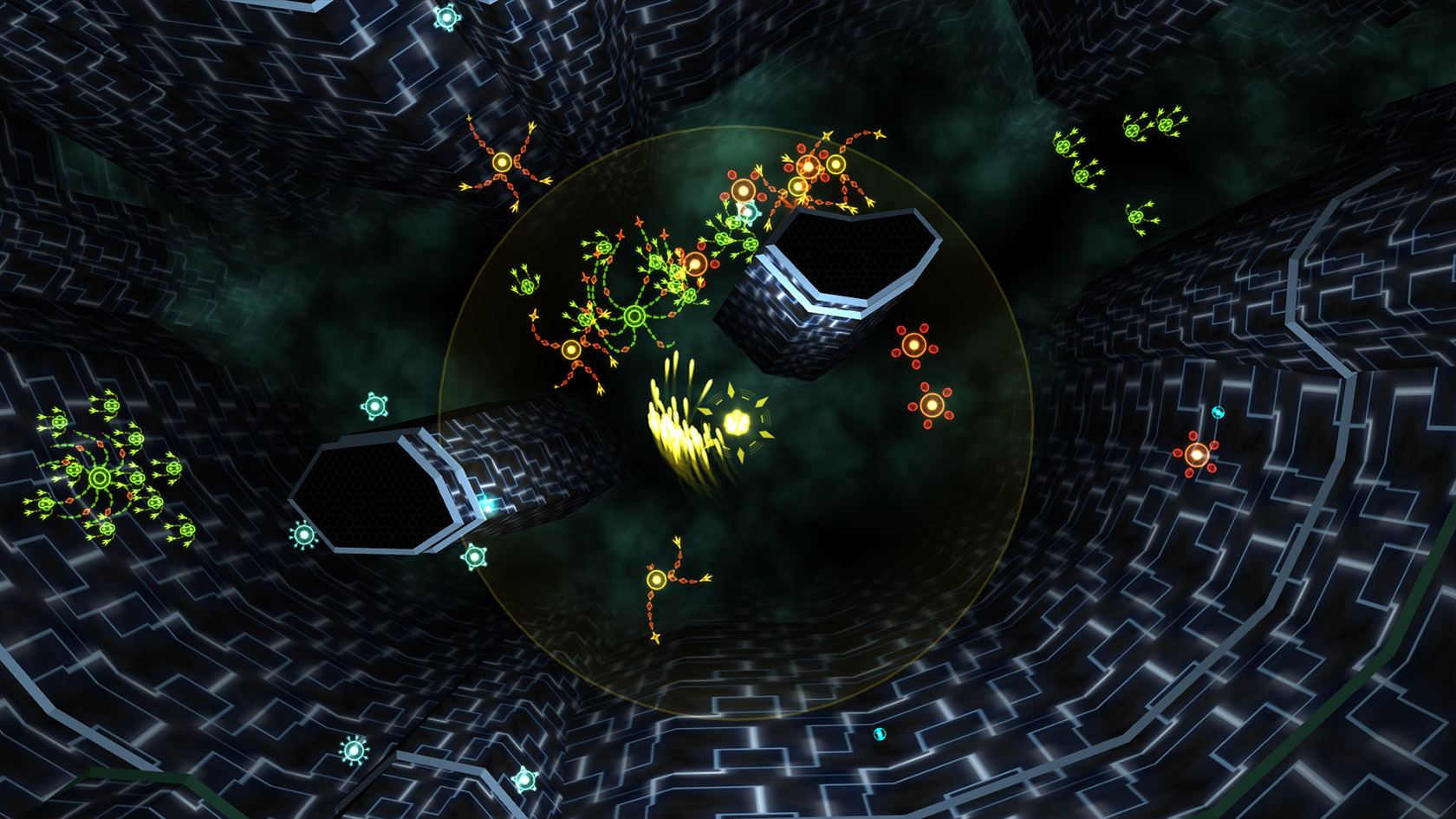 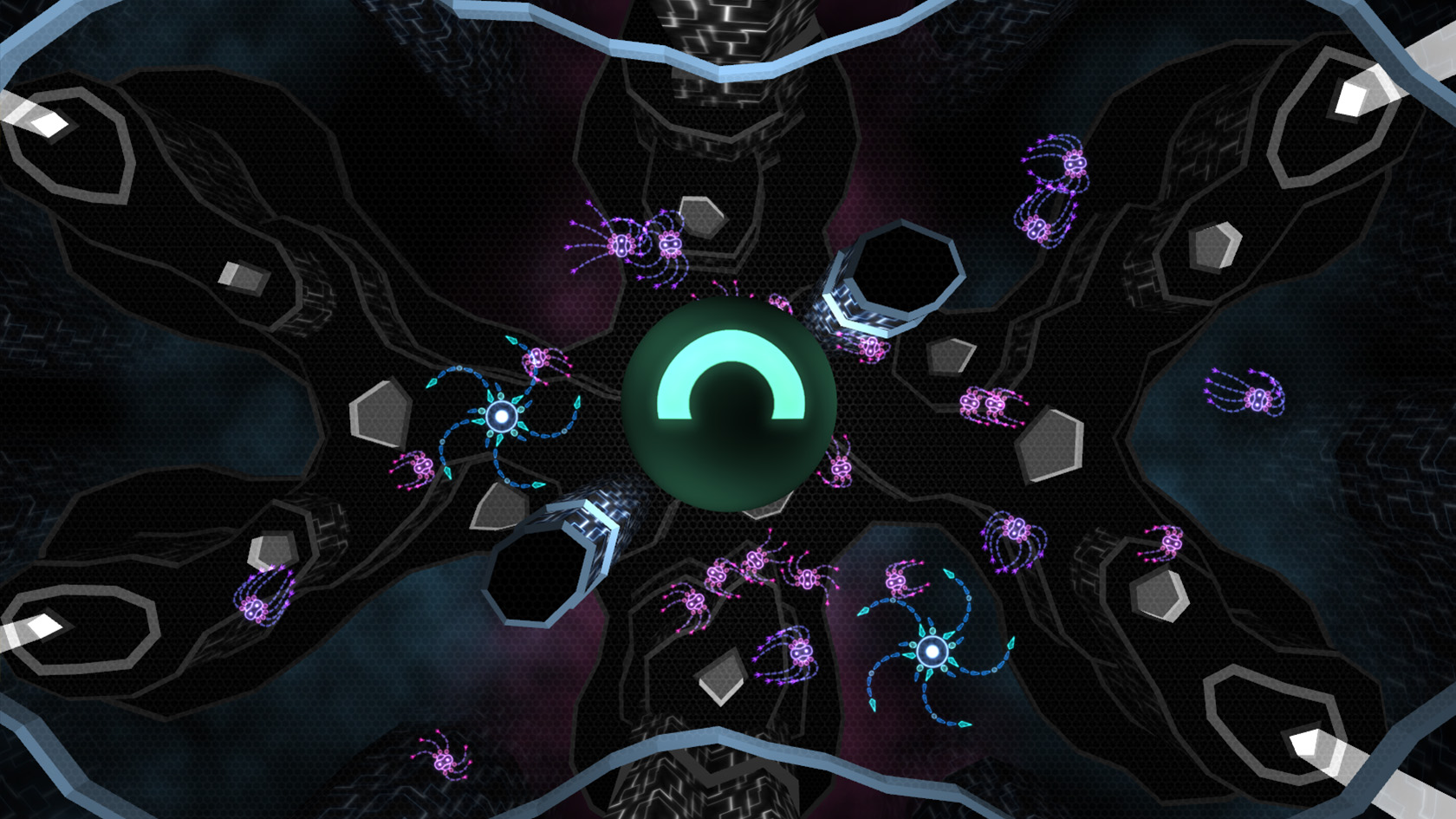 SWARM UNIVERSE features a sophisticated level editor. 3D level geometry can be created by quickly drawing a few 2D-shapes on the ground. New enemies can be created using a powerful configuration system, changing looks and behavior. Levels can be controlled by connecting various components – such as sensors, doors, spawners and much more – to redstone-like logic circuits. And to top it off, Swarm Universe has its own scripting language which can be used to create cutscenes and complex new game-modes.

With the ability to execute custom code, there is really no limit to what you can come up with. The scope of modding could easily leave the whole top-down shooter genre behind. 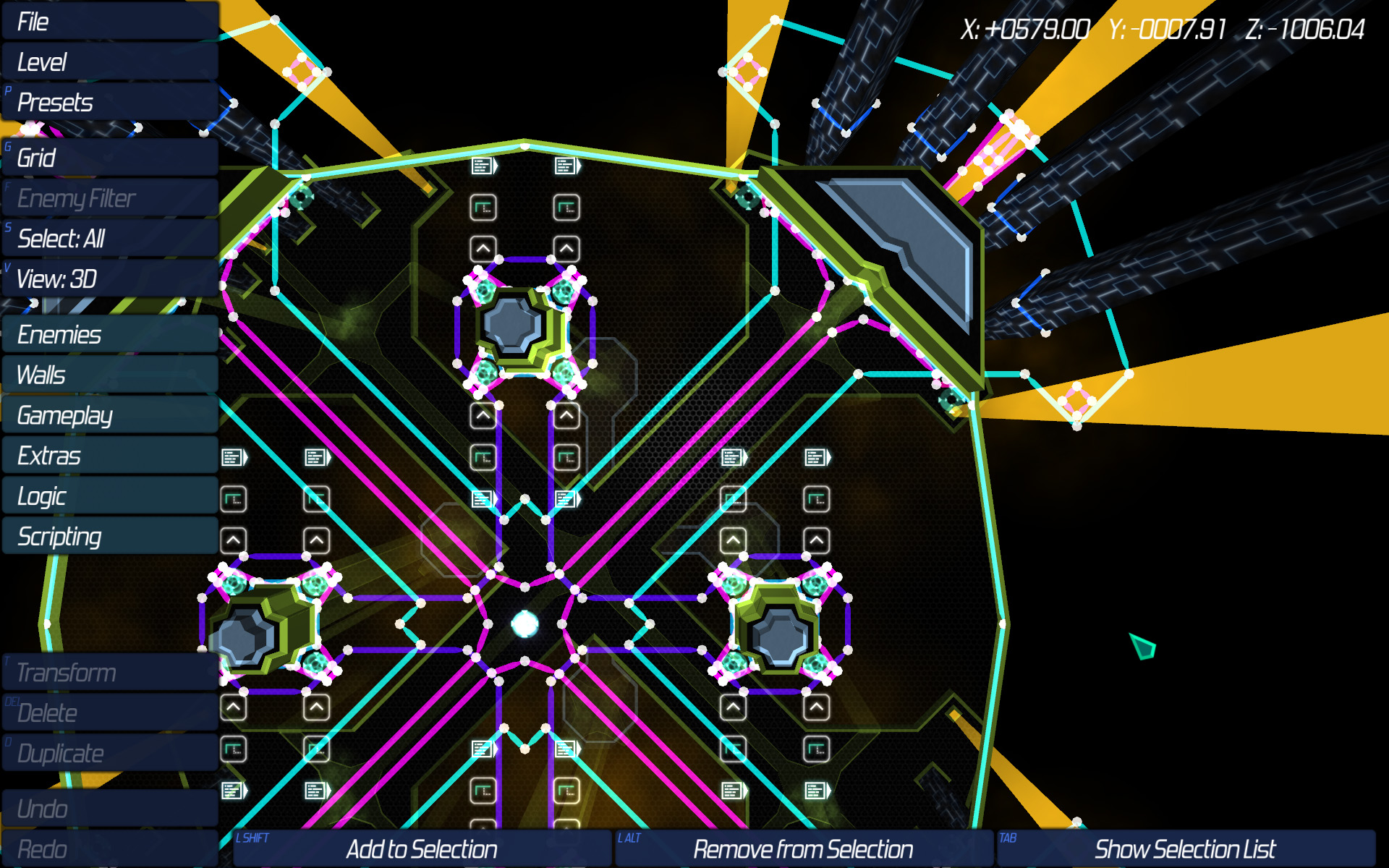 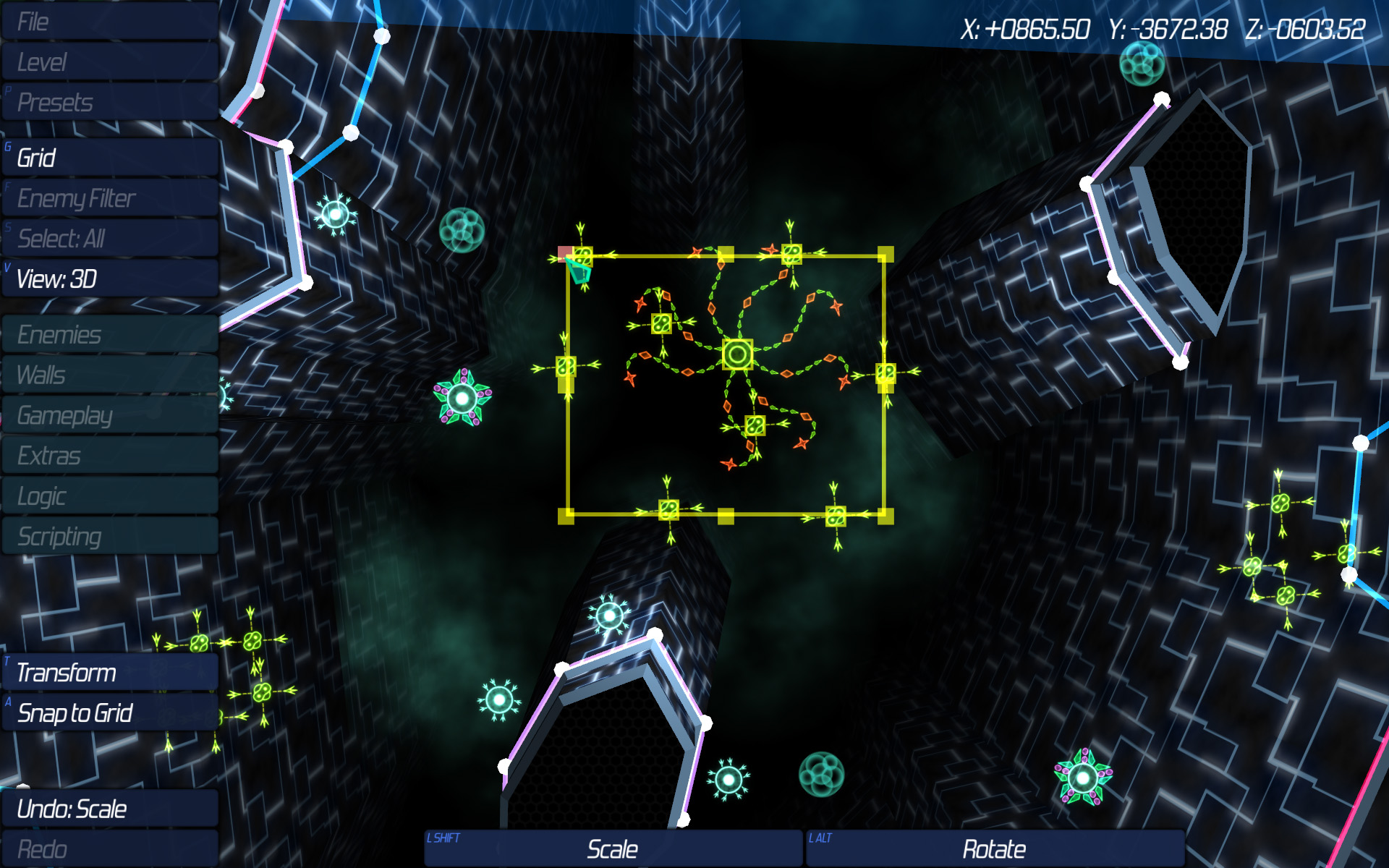 Swarm Universe has modding features for rookies and pros.

Move like a swarm. Or build something completely different!
Swarm Universe is available on Steam - check it out and tell us how you like it.
Party on!

Swarm Universe is a top-down shooter with single-player and online-multiplayer functionality. The game is highly modifiable and comes with a sophisticated...