After Sukarno and Hatta proclamated Indonesia's independence, lot of Indonesian especially youth supporting and attacked many Japanese HQ especially in Surabaya. Arek-arek Surabaya or more populer as Arek-arek Suroboyo), British army from India has arrived to many big cities in Sumatra and Java, one is Surabaya, and have mission to disarm all Japanese soliders and help Dutch establish agian colonial government.

In first time, Surabaya's government welcome them but tension with arek-arek Suroboyo with British soliders made situation no so good in October 1945. Many gun fight happened in Surabaya streets.

Tension become high when Brigadier-General Mallaby killed in Jembatan Merah bridge in 30 October. British army under Robert Mansergh ultimatum all Surabayan to surrender in 6.00 AM 10 November. They refused and lot of Indonesia come to Surabaya while British assamble 10.000 mans, many battleship,and fighter for fight against more than 100.000 Indonesia.

In this games, there are 3 Arc

In this arc, you play one to one chapter from news of independence arrive in Surabaya, Tambak Sari Mass meeting, Yamato Hetol incident, and attacking all Japanese bases

In this arc, you play one of arek-arek and fighting with British soliders in Bubutan and Darmo

In last arc, you must control Indonesian defending and attack agaisnt British mass attack from 10 November to 30 November 1945 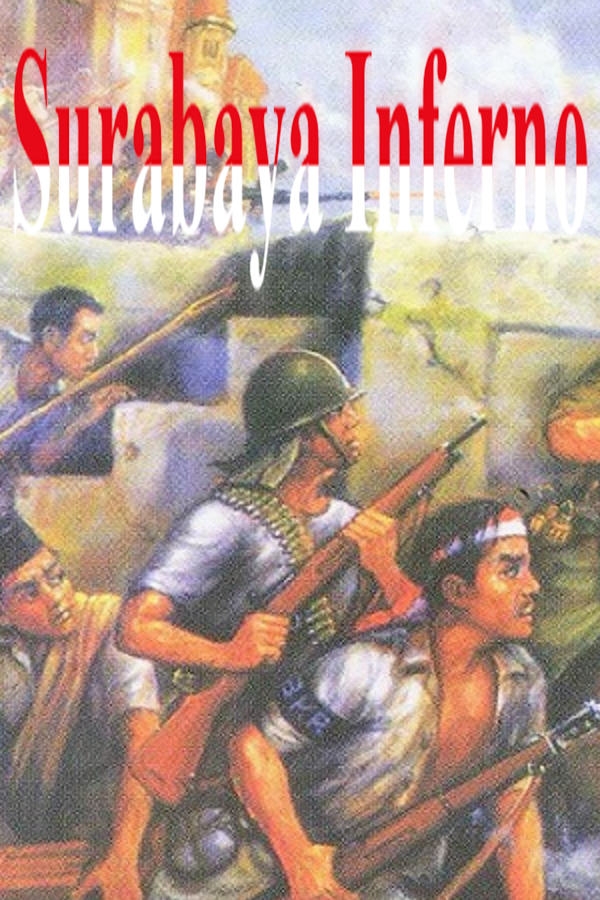 Currently, we update many thing in Surabaya Inferno for Steam Version after we purchased Steam Direct and release the page at early September 2020. The release date at 15 September , but there are big chance delay.

Some update in new Surabaya Inferno 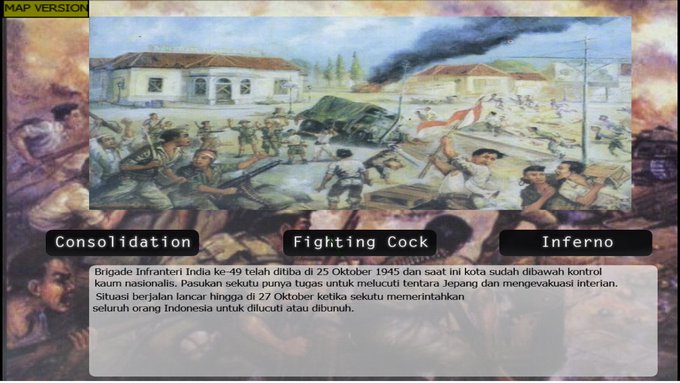 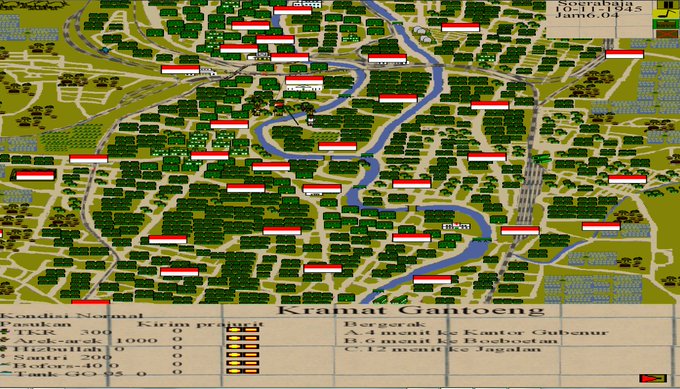 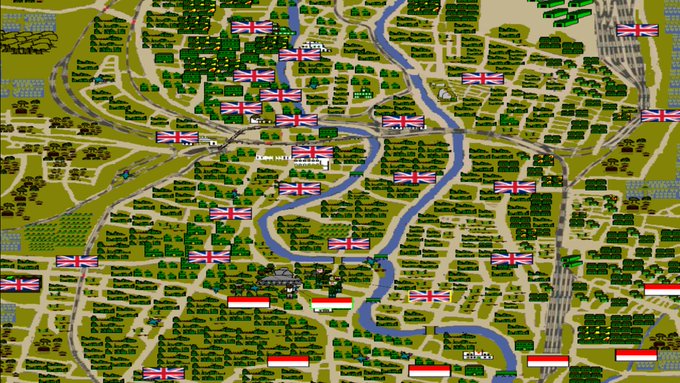 After 3 months development, Surabaya Inferno has finished and now we looking bugs before release it.

The main arc, Inferno, has complated. Most of game system has chacked and there are ending scane after player win or lose the battle. Probably in 9th...

Surabaya Inferno is real time tactic/strategy games set on battle of Surabaya from 27 October to 20 November 1945. Sengkala Dev will explain about background...

New deme of Surabaya Inferno has out. There many things new and not show in previous version.

this is alpha version of Surabaya Inferno. There are some bugs but not so important.

I didn't know there will be a game about my country