Steamroll is a puzzle and strategy game with a touch of arcade action and adventure. We like to say it takes elements from Portal, from the classic Marble Madness and from minigolf games. It creates a steam-punk atmosphere where you will have to solve puzzles by designing and shooting Steamballs from your vehicle to create ramps, walls, activate triggers, blow things away, and more. Steamroll is being developed using Unreal Engine 4 for Windows, Linux and Mac, and we plan to complete it this September. We are also targetting the current generation Playstation and XBox consoles.

We have been developing this game independently since september 2014 and we are at a playable stage with some fun levels and mechanics already working. We need to complete the artwork, code optimisations, new mechanics and add more levels before we think it is ready for all of you to play it!

In Steamroll you, as an engineer, take control of the Scarabeus, the greatest new steam-fuelled vehicle invention which allows you to move rolling around the world and deploy it in some spots to shoot smaller Steamballs to interact with the world. 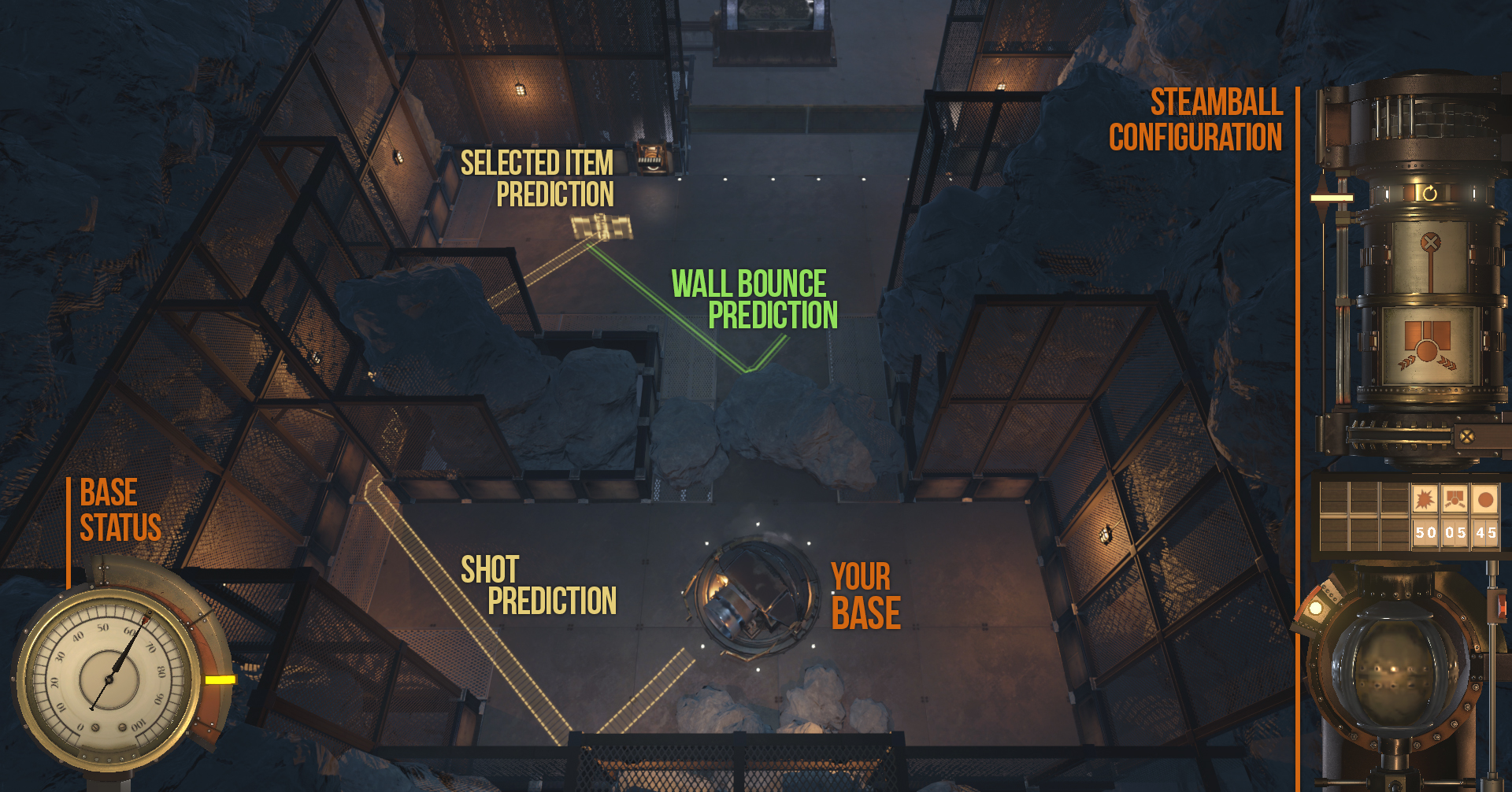 One of the most important things in Steamroll is its unique 3D controls, that display your game stats and allow you to configure the Steamballs. Below you can see the Base Status indicator that shows the remaining steam pressure and the damage recieved. 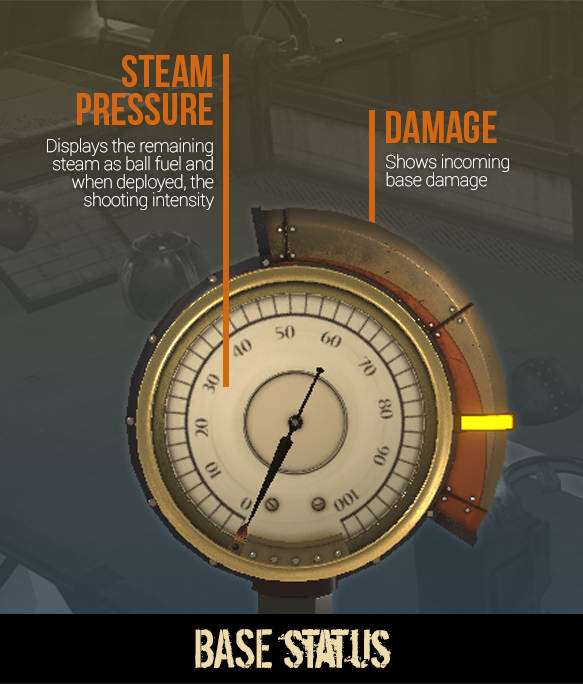 The next part of the UI appears only when the Scarabeus is deployed in a spot and it's used to set up your Steamballs with the items you need. For advance designs with multiple items, you can choose the activation type for every item. 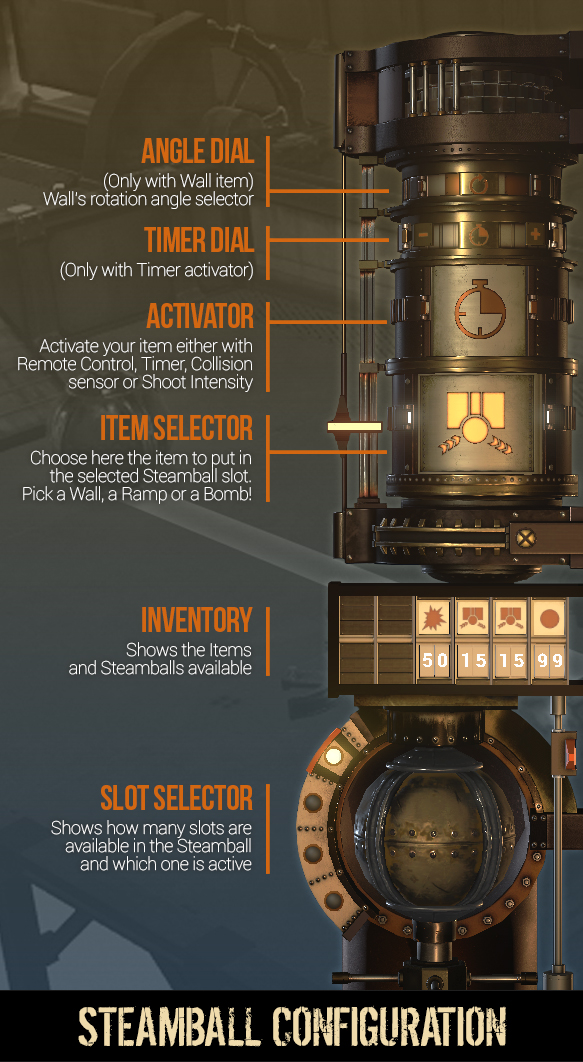 Since the first project meeting we wanted to represent the SteamRoll emotional content with spectant and dynamic music. After a few audio meetings we had a good idea of what we wanted and how could it interact with the gamer. Talking about the first campaign scenarios and the steampunk environment which was beeing created, we decided to take a stylistic way half between acoustic and electronic music. The steampunk world where the action is developed required a dark harmony and sound, so I started creating some loops and variations. What worked better where the atmospheric and rythmic versions. We also wanted to create a good relationship between the gamer’s attention and music, so the melodic versions finally were not used.

Steamroll is a steampunk 3D puzzle and platforming game in development by Anticto. On September 30th the first public version was release on Steam Early Access where it will stay to collect feedback from the community rearding level design and gameplay mechanics for 3 months or more.

The EarlyAccess version of the game contains around 50% of the initial game content, but it is only available for Windows. Linux and Mac will be available suring the following weeks. The translation to other languages is also another feature that will be implemented along the game Early Access process, with English, Spanish and Catalan available now.

Play it and send us feedback!

Steamroll has been Greenlit!

Our game Steamroll has been Greenlit by the Steam community in less than a week.