You can browse on over to the file section and grab a copy of the first alpha build of the game. You'll be able to play the 10 minigames in one of two gameplay modes. Please note that, for now, a gamepad is required to play. I would really appreciate feedback on what is working so far and what isn't, as well as any suggestions on how I can improve the game experience.

I've also released a new trailer to show off some of the changes that I made in response to criticisms that things were too static in the game. Hopefully things are more dynamic and lively now. I'd really like opinions on how much the new version improves over older versions and if more work still needs to be done.

There are also three new games to show off since the last update. 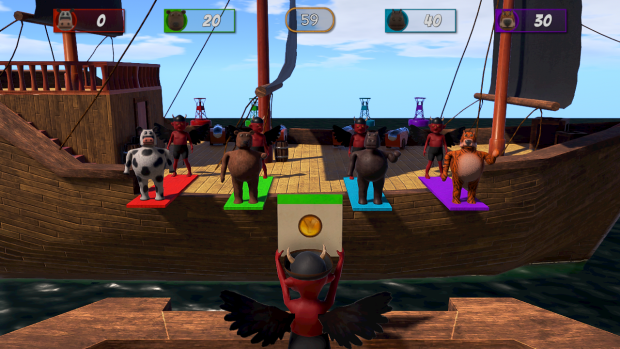 Planks and Placards is like Simon Says. The Imp captain will raise up a placard. It will have either a red strip, or a green strip. If the strip is green, you have to push the button before the placard is lowered. If the strip is red, you have to press nothing. Press the wrong thing, or don't press in time, and you will fall into the water. 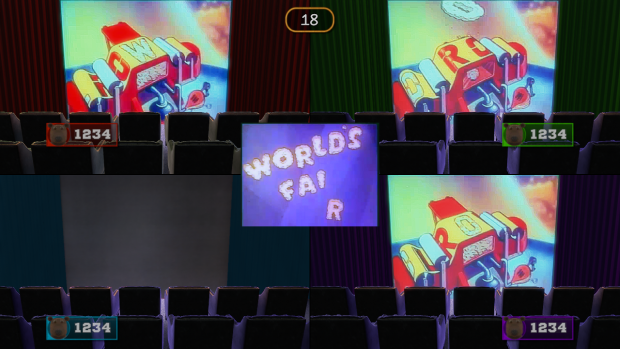 Projector operator has you trying to match the frame of a public domain cartoon with the target frame in the middle of the screen. 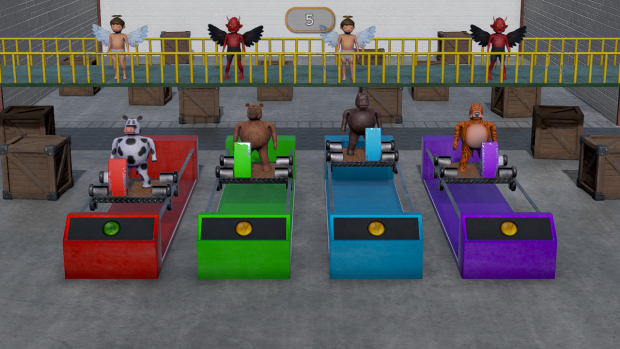 I've made some changes to make the game feel more alive and vibrant. There is also a new minigame to show off.

Party Animals is now on Kickstarter and Greenlight. I've also got the animations in and finally some video to show.

In the past week, I've completed the AI for the six finished mini games, the menu system, the instructions screens, and the Points Race mode.

I've re-imagined Sportsball Party as Party Animals with the creation of four animals. More animals to come. There are also updates to the camera system.