Please take a look to our new trailer: 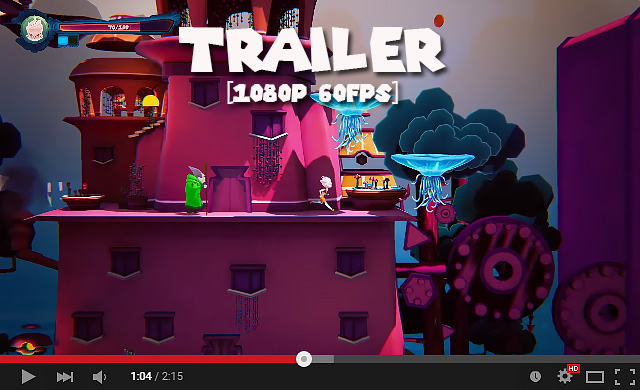 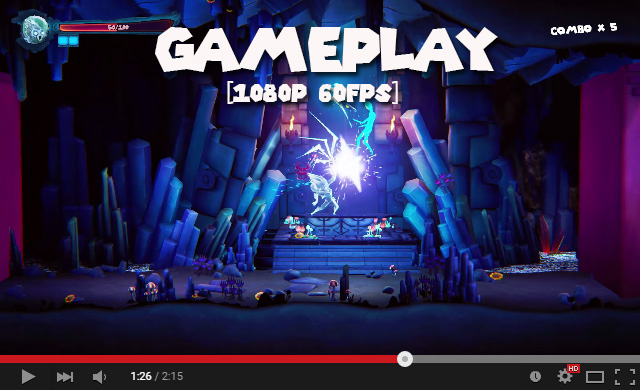 Watch this brand new trailer, showcasing in-game footage, to get a glimpse of what to expect when we take you to Red Goddess: Inner World in June

Red Goddess: Inner World a Metroidvania, with a powerful narrative and magical aesthetic, a brawling adventure game where you play as a young goddess named "Divine" to explore her inner-mind with the objective of remembering and recovering her own powers.

Red Goddess: Inner World is an adventure game in an epic journey and features mystical-fantasy storytelling in a universe filled with symbolism. The atmosphere is conveyed through an unique art style with beautiful graphics and immersive gameplay. Red Goddess lets players explore a non-linear map, and it emphasizes back-tracking with new moves and skills to access new areas, but combat, with its simple red and blue factions mechanic is where it truly shines to make Red Goddess a memorable gaming experience.

A gorgeous introductory cinematic introduces you to the protagonist’s plight, Red Goddess is an open-world action game very much in the same vein as the classic Super Metroid, Outland, Guacamelee or Castlevania games.

In Red Goddess, you play as a troubled deity named Divine, who feels confused and haunted by her past. she is in imminent danger, Something mysterious and unknown is tearing her apart from the inside out, destroying her mind, her soul. To save herself, she must explore her own mind and the planet that exists within it. This exploration is fraught with impediments and obstacles. The journey begins when Divine decides to right this wrong by exploring her own subconscious, where she will discover a planet within her own mind made up of mountains, forests, caves, villages, and perils unknown… a vast space for players to explore.

You can play the game with Divine, your protagonist runs, jumps, climbs, talk and interact, over time, her abilities evolve to include other powers, also psyche power: telekinesis. In her journey, Divine is helped by two alternate personalities, Rage and Fear, who embody her emotions, with their own unique skills and abilities, The enemies, meanwhile, are her own negative thoughts. You can shift between Divine, Rage and Fear characters, with a quick tap of the R1 and L1 buttons in DualShock 4. When you do select one character, the other half appears as a “mask” of the main character (either Rage or Fear persona). The mask appears following you everywhere in the game, and could turn against if you activate some traps.

Red Goddess: Inner World is rated E for Everyone by the ESRB. And Pegi 12 rating age.

From the earliest stages of our development we knew that with Unreal Engine 4 we had an opportunity to create a game that pushes next-gen gameplay experiences in addition to providing awesome visuals. The result is that the world of Red Goddess: Inner World and its characters; Divine, with her two sides: Rage and Fear and enemies, NPCs, Golems... feel like a awesome world that you can walk through, explore, and truly experience to be a young goddess. The PS4’s powerful hardware has allowed us to bring a amazing experience with some specials options with DS4, like vibration function and different colour light bar depending on which character is in play.

We're an independent game developer, based in Spain with a focus on creativity. We started to work approximately ten years ago with 3D animation, outsourcing 3D artwork for others developers, We are a small team of only six people, composed of people who have worked for games such as Risen, Deadlight, and Wanted: Weapons of Fate. We've launched a Crowdfunding campaign, kicked off in June 2014. the pledge goal was met. Almost 1,300 backers pledged $40,235 to support the development of Red Goddess: Inner World.

Be sure to check out Red Goddess:Inner World, now on the PlayStation Store, you can pick up a awesome platformer with epic boss battles! 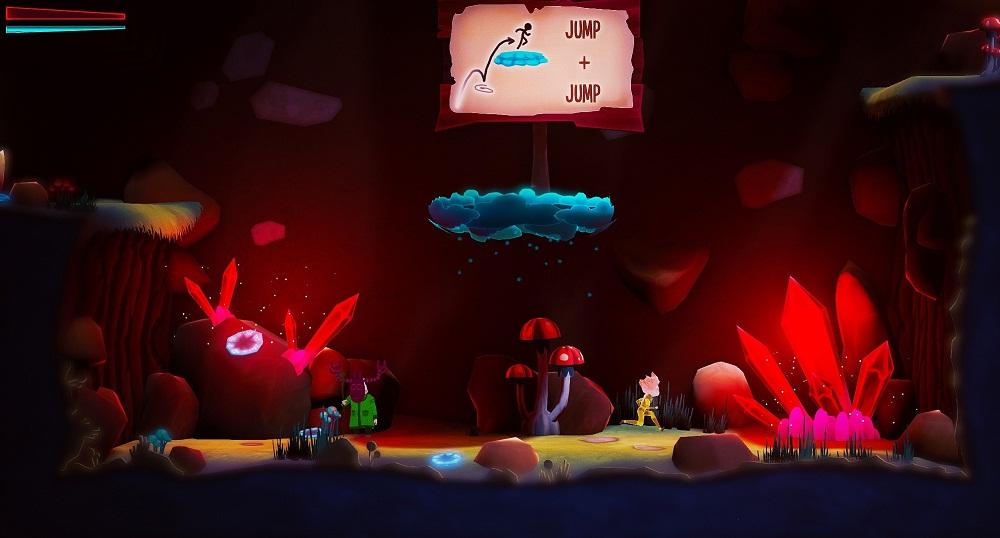 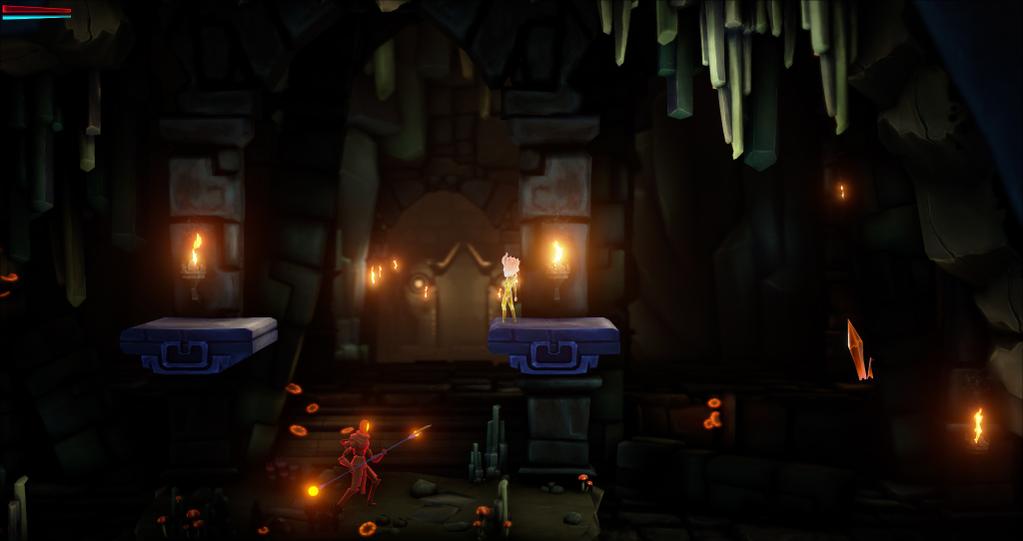 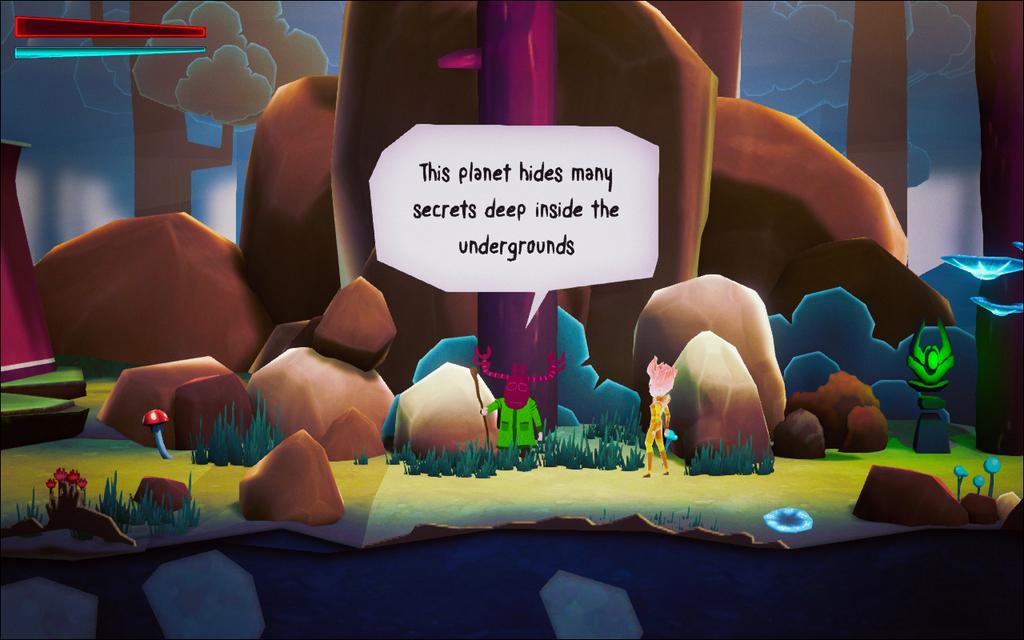 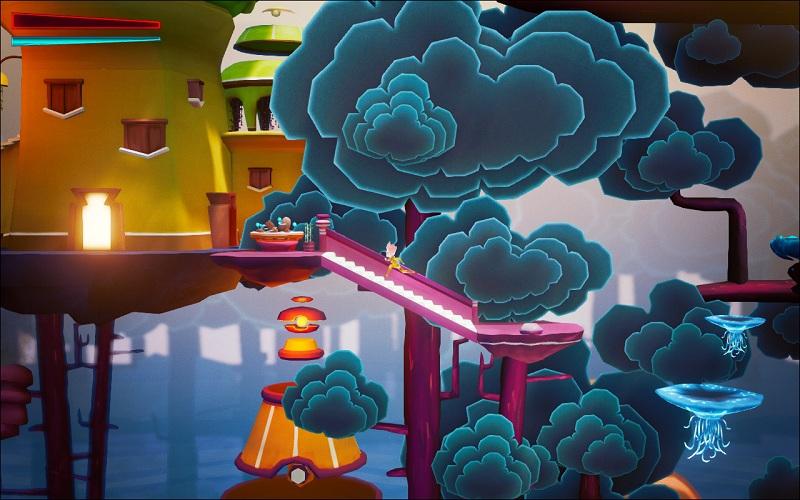 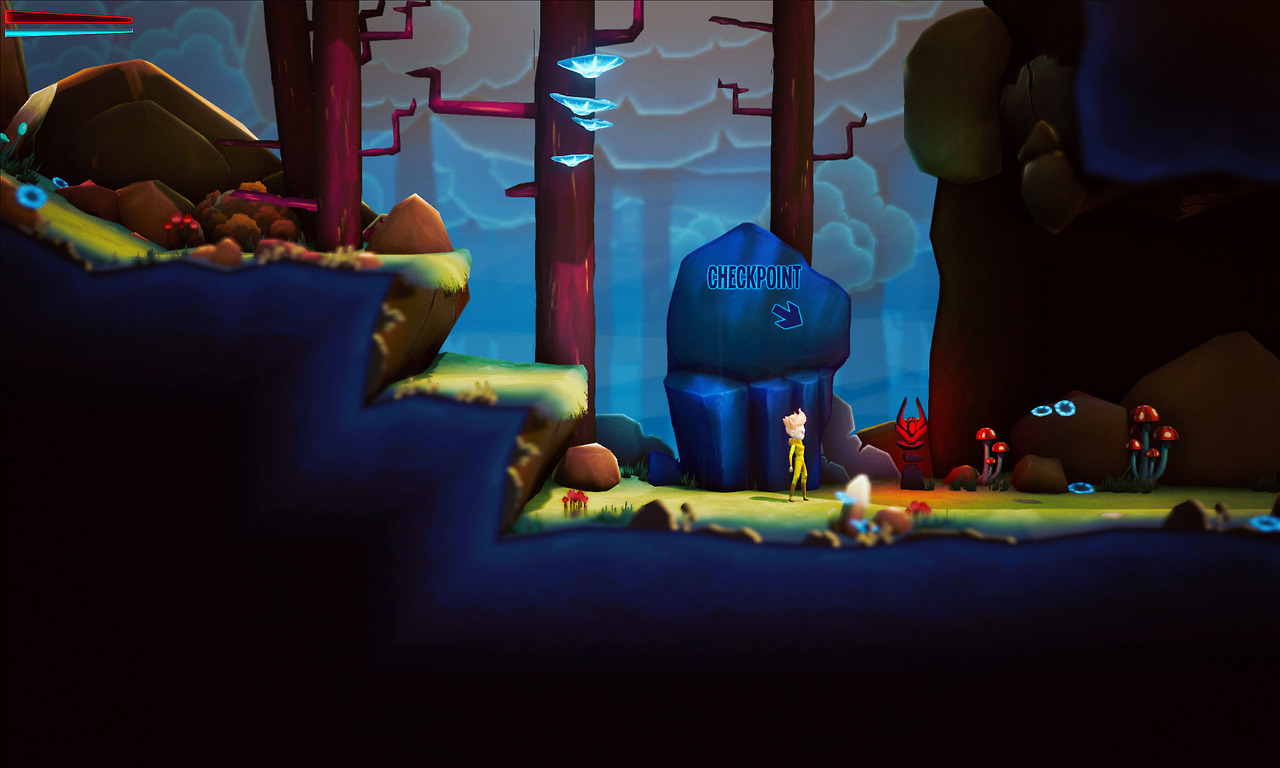 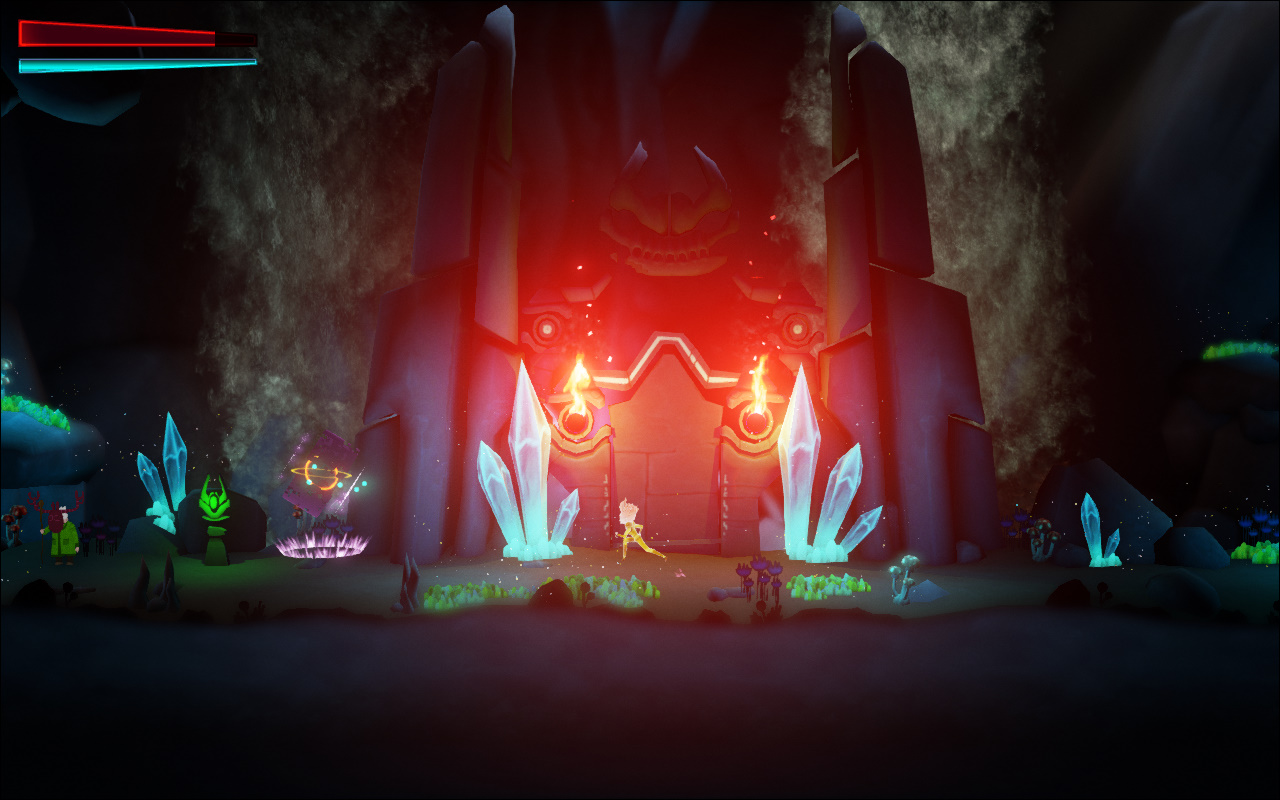 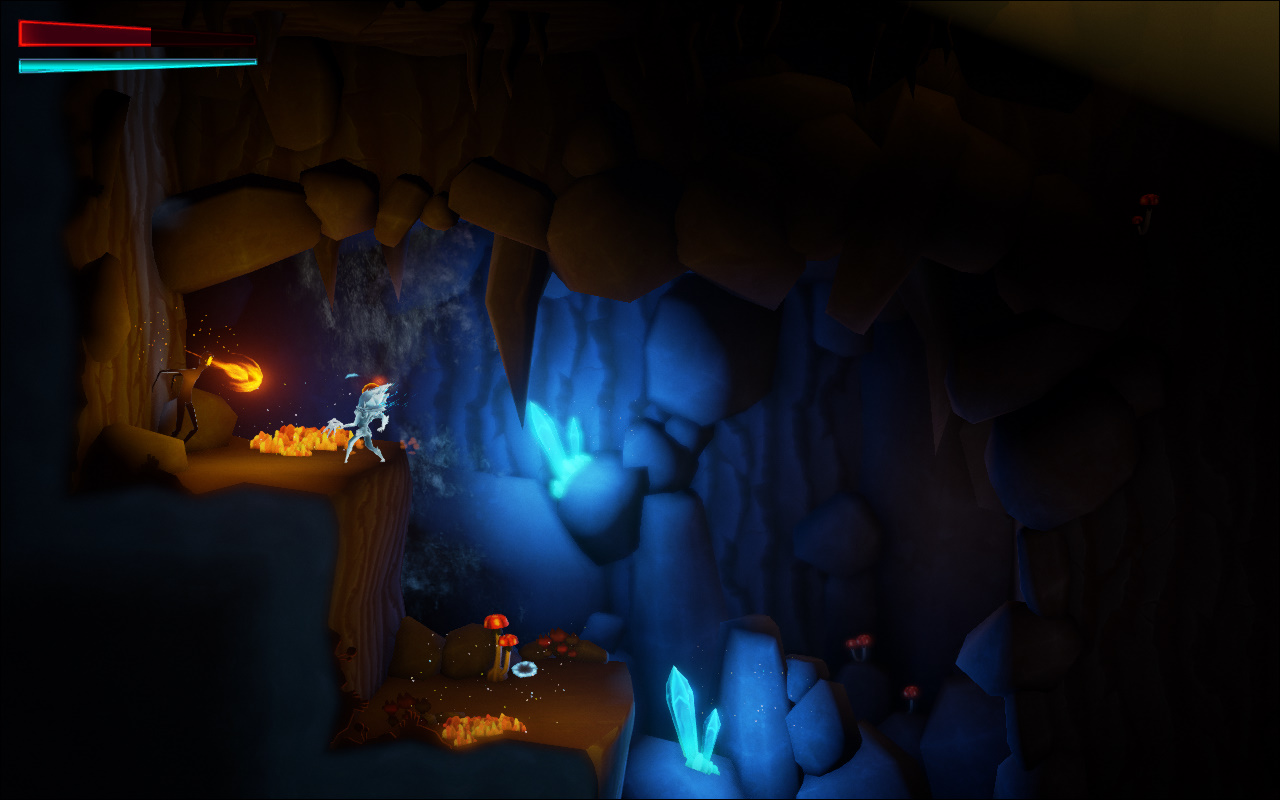 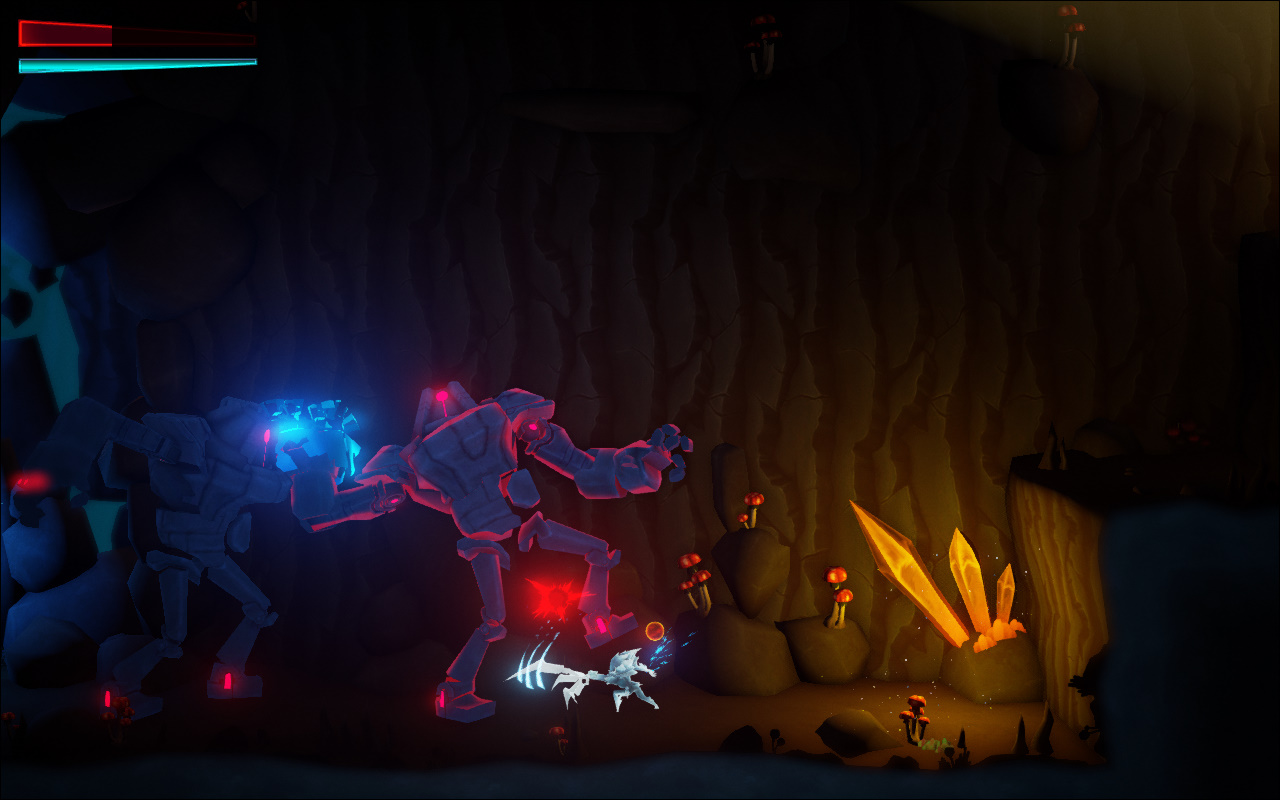 We are very excited to announce that Red Goddess: Inner World for PlayStation 4 will be launching in North America and Europe on June 30th! The game will be available via PlayStation®Network 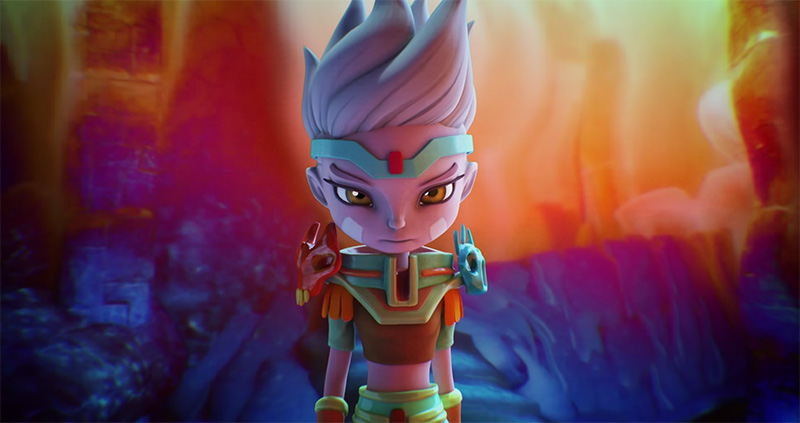 We are very excited to announce that Red Goddess: Inner World for PlayStation 4 will be launching in North America and Europe on June 30th! The game is...

Hello, We're proud to announce our intro game, we've done an introduction, through a fantasy cinematic with a fascinating history and enthralling gameplay...

Currently working in the shop, the player can buy upgrades for life and mana/powers. To increase the total of mana of Divine, and melee power attack of...

What a beautiful game! I can't wait to play it;)

Hey Irenaart,
Thank you so much! we are really working hard into this project, and it's very grateful to receive comments like yours... all the best with your project too

This game looks better each time I see it!! Cant wait!!!!