Easy to learn, difficult to master -- Fast-paced, multiplayer designed from ground up for VR headset and touch controllers!

Beat Story Mode in 3 levels of difficulties to unlock new Heads and Mini-Bios. And match up with friends and competitors from around the world! Work together with players and have fun with friends. Gesture your tactical plans, do a victory dance, and communicate with competitors using voice chat! 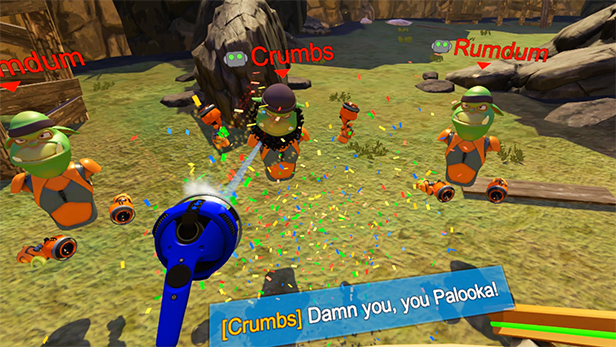 Dodge your opponent's projectiles and use the environment as cover. Out-maneuvering your opponents in VR never felt so intense!

Zoom, rotate, and watch the action unfold in real time in VR God-View. Learn your opponents' tactics and strike back! 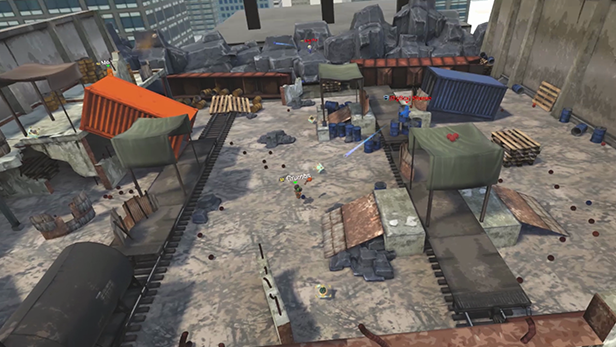 Yes, you can unlock a Pear in the game. Enough said!

To promote Smashbox Arena and grow its popularity (top games), use the embed code provided on your homepage, blog, forums and elsewhere you desire. Or try our widget.

As the only one left with full senses, you embark on a journey in search of answers and relief in this FPS game that is created in a distinctive retro...

I represent to your attention my game, old-school brutal first-person shooter in Serious Sam style. Russia was gripped by an epidemic of a terrible virus...

Join and play this C64-funsplatter-pixel-massacre! Made for the fans of Wolfenstein, Doom, Duke Nukem, Shadow Warrior and Redneck Rampage! Get a copy...

A high octane FPS cavalcade for the distinguished gamer. Doombringer is a first person action game predominantly inspired by old school shooters like...