SkyAndDirt is new fantasy rpg game. It's unique world where you're the main hero and you're forming a story. The story can be formed on deserts or wet swamps. Everything depends on your imagination and bravery. Try to kill many different monsters, go through thousand of dungeons, do quests and finally face to big, ugly Orc which attacks civilians every night. Every adventure is original because maps, quests, NPCs are generated randomly. So, take your sword and fight!

Hello people! I'm glad I can write a post again :) I know it was a long time ago I posted something but here I am.
First I would like to announce that I'm rewriting SkyAndDirt to LWJGL because pure Java is not enough for me to keep SkyAndDirt up. Now I've rewritten (and fixed! :)) about 1/4 of code and I'm pretty satisfied. FPS grew significantly from about 60 to 1200. As you can see on the screen below there's still many things too add but I'll set everyting up as fast as possible. 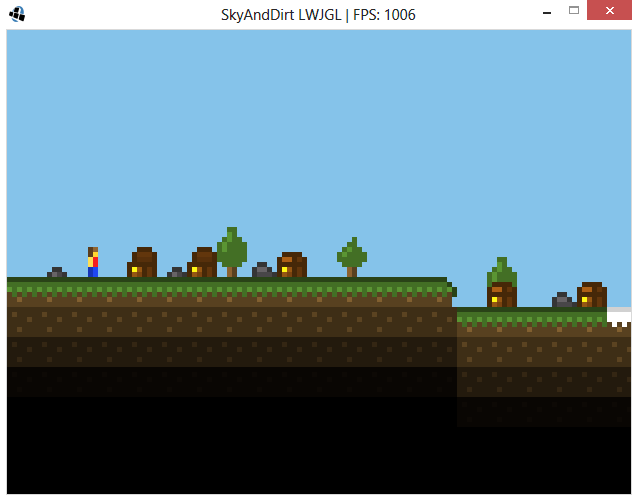 Also, in the meantime I've sketched some kind of background for the game. I don't know if I'll use it but hey, take a look! :) 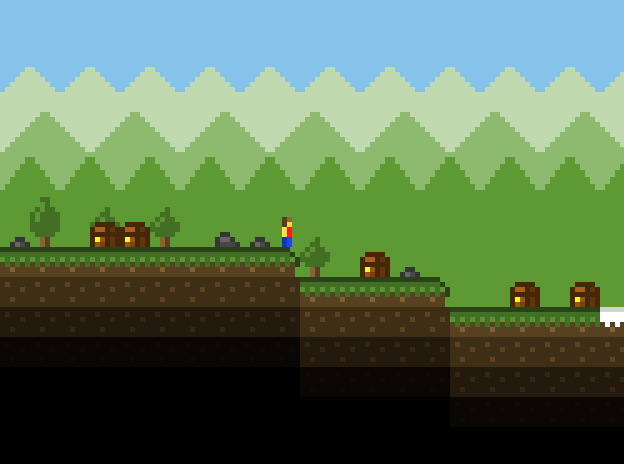 So yeah, some kind of summary:
-I wasn't able to make a game last time
-I'm rewriting whole game to fix some bugs and increase performance
-I've got extra motivation so new content ahead :)

After 4 long months there it is - demo of SkyAndDirt. Test actual features and say what's good and what needs polishment. New ideas are welcome!

Another SkyAndDirt update. This time it's new beta - beta4. Some useful features for the future :)

I think I can say that beta3 of SkyAndDirt is finished. There are some new cool features and tweaks :)

New mob, new type of dungeon, many improvements and more... All of that is almost completly implemented into a game. Check this out!

This is first public release of my game. I think you'll like actual features and give me some tips and ideas. Keep in mind that it's not final number...

It looks great- one suggestion though.

It really bothers me how your GUI and items are higher resolution than the game itself- it doesn't really seem right. Maybe make their resolutions match?

This is the best 2D rpg game I played keep up the good work :D

Can we break the block cuz this looks like terraria!

liking the style and the description sounds cool. cant wait to play!

Great game style and music =D
Waiting (and watching) for a public release.

Ah what a nice Graphic-style, i love it :3
Keep on working!

this looks pretty great. will follow its development, good luck