With a variety of guns from machine guns, snipers or even RPG's. Beating your opponent will take not only quick reflexes, but being smart about how you play !
Learning the location and advantages of each gun, will be the key to winning against your opponents.

Each map has been designed with keeping the game as balanced as possible. Each map will have its own unique flow and personality !

Be sure to check out the discord if you want to get more involved.
Discord Server

Thanks for voting and helping Shooty Squad on it's quest to become the 2021 Indie of the Year. You are now in with a chance to score some free games. Help this game secure more votes by embedding the widget (or link) we have included below on your favorite sites.

This week I have added a new Capture the flag map called Payload. For this map I have gone with a Chinese old town theme contrasted with a modern city development in the background. This map offers a sneaky close quarters lower route with a more open risky higher route. The map is designed inversely symmetrical.

Here is what the blockout looked like for this map. Which provided gave me a quick way of testing the play ability of the map without having to worry about art. This phase is an important part and where changes to the level design should be made. 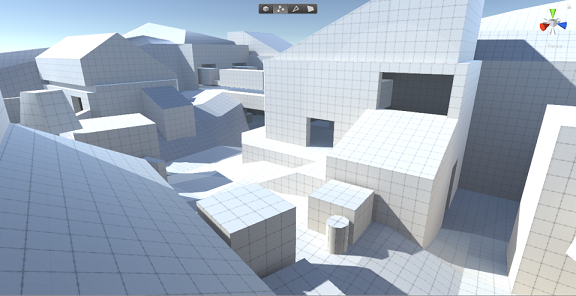 The following image shows important lines of sight that between the attacker and defenders, which encourages defenders to move from cover otherwise giving the attackers the height advantage. 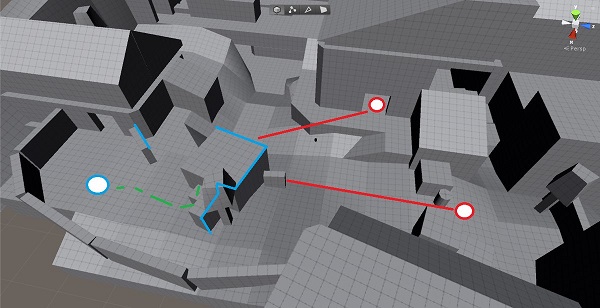 This is how the completed map looks with all the art created ! 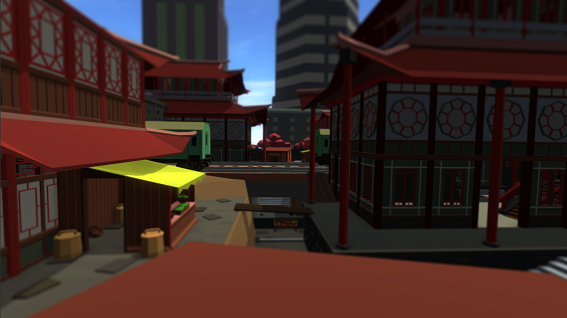 The GIF below is an overview of the payload map with all art implemented.

The game has also had a major UI makeover. Most of the UI has been updated and replaced,
the player HUD UI has not yet been touched yet and is the remaining piece of UI to work on. All the menu UI has been ripped out and replaced. The UI should feel a lot more interactive now also with buttons being highlighted on mouse over and buttons also changing appearance when clicked. 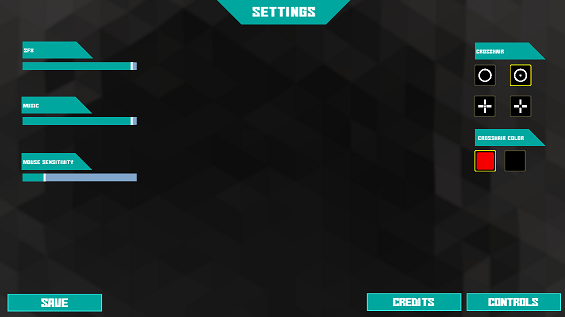 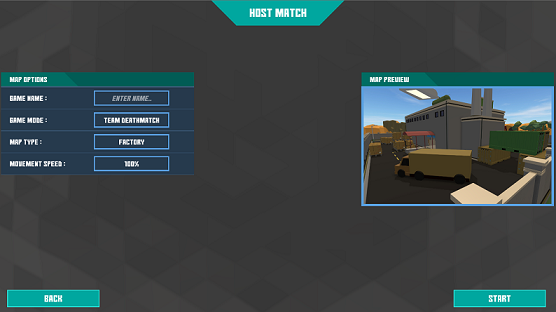 I did some optimization this week also, and the graphics settings on start up now have a bigger impact for those who are not getting good performance.
All maps now have occlusion culling in an attempt to increase performance. This should help more with frame drops rather than average frame rate.

I tested the game before and after these changes on an older PC and the frames were between 40-50 fps before the change and 180-200 fps after all the optimization changes this week.

Fixed issue where players cursor would not be visible this was caused by a conflict with the player and cursor lock mode.

This week I have added key remapping in the controls section in the main menu.

Added Map Voting at the end of matches ! Changes to the character world model.

This week a new game mode capture the flag has been added.

Mostly refactoring code this week.. Pretty lame if you ask me !

Bought this recently just to try it out as it was pretty cheap, one of the best decisions i have made this year, gameplay is so smooth and so much fun, shooting rewards accurate players, this is a pure FPS with no gimmicks, back to what it was all about, big thumbs up