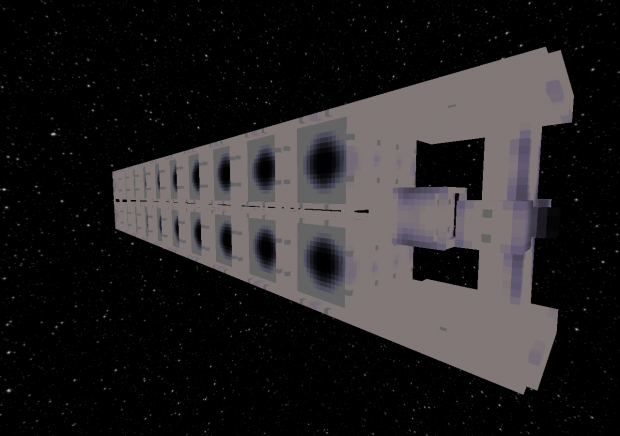 I thought it was small at first...

Heh... I thought that was lots of funny looking blocks at first.

I'm still attempting to remove my jaw from the floor.

Yep, that thing is going to be an absolute beehive of fighters. That's one hive you don't want to poke with a stick!

On the left side of the image you can see twenty fighter hangars, each of wich can carry a fighter up to 15x15x15 metres in size. The right side shows us fighter pilot quarters, airlocks, the mess hall and the medical bays. There's also a factory for the ship to manufacture spare parts for damaged fighters (or outright make new ones to replace battle loses).