Back in the times when magic was part of our existence, in a land far far away, the dreadful Lords of Evil, planned to subdue the entire world. A young girl fled when the darkness engulfed her village and started a life of adventures. She didn't know how big the world was, only knew the peaceful village she grew up in and now she discover a world of wonders, a world so big and diverse, she never imagine. While traveling through the land she find out that the darkness corrupted the heart of many people, men and women a like. Greed, intolerance and hate has spread far more than the darkness who devoured her village. Her world is in agony and in the brink of falling complete to the eternal darkness. Will she be able to turn the tide? Will she be able to save the world and establish the equilibrium between good and evil?

Post news RSS To kill or not to kill the NPCs?

Would the ability to kill ALL the NPCs (friends or foe) in the game be a good feature or a bad one? Friend or foe, villain or innocent alike. 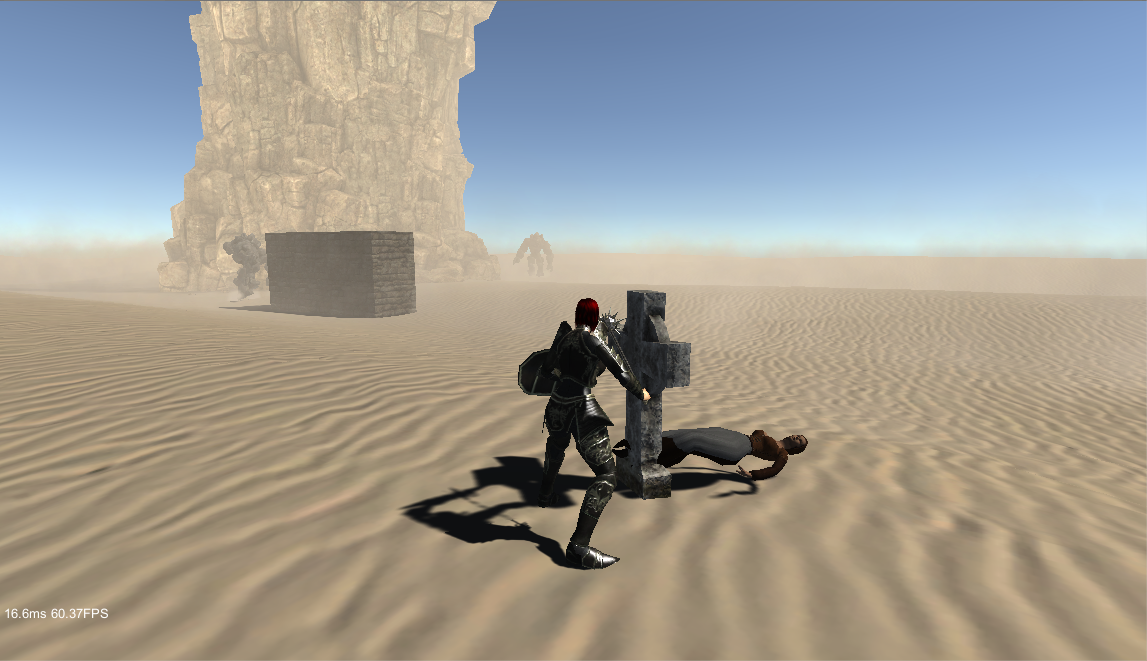 Today I've been watching an old video where Chris Crawford was talking at 1992 GDC (the famous dragon speech) and it motivates me to dig deeper into his activity. He is now trying to raise money for his project Siboot and watching his presentation I had an idea:

Why not give the player the ability to kill everything that moves? Friend or foe, villain or innocent alike.

Would this option motivate the player to be more responsible in his actions? I mean if you kill an NPC that is later a chain link in the main quest, then the game will be broken and you will not be able to complete the game. Of course, I provide means to overcome this situation:

For me, as developer the second variant is most appealing. But maybe implementing all 3 variants will be the right answer.
What do you think?