Rustclad is an adventure game where you explore the islands of a world to piece together a mystery that threatens your colony. It features real-world-sourced art (hand-built and found).

The Isle of Mira

It's party time over here at Skull Theatre! Want to know why?

Rustclad's first flagship island is complete and playable! This is a major milestone for us and we'll be putting out a new video sometime soon. But in the meantime, let us introduce you to the Isle of Mira! 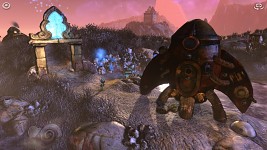 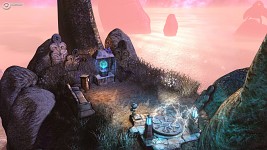 Mira is an arid, craggy place, where talon-like peaks tower over sugar sand beaches, and a gentle ocean reflects a pink nebula sky. It will be the very first island that you'll get to explore and will act as an introduction to both the world of Rustclad and its game mechanics. We've tried to create an atmosphere that is fantastical and engaging but with a relaxed pace that allows you the freedom to poke around and explore the world to your heart's content. And there is plenty to explore; from ancient abandoned structures and technology, to epic landscapes and sandbox-like tide pools where alien plants and creatures respond to your touch. 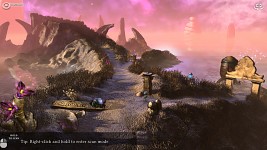 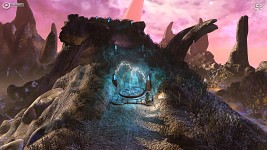 Your goal is to document the island's fauna by digitally scanning creatures for your archive (yes, the nod to our own 3D capture process is intentional), but further exploration of Mira's nooks and crannies will uncover many wonders, including a deeper mystery that holds the key to the world's strange ruins! 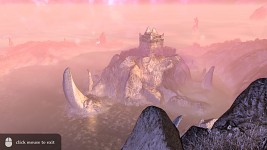 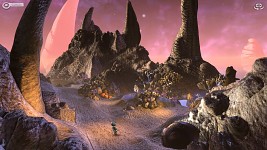 We hope this gallery of screenshots from the game will whet your appetite! 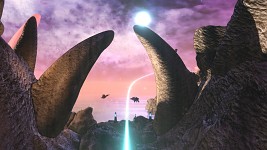 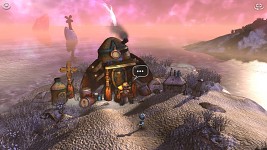 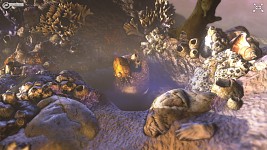 It’s our birthday! Just one short year ago, we announced Rustclad and now we’re well into production. No birthday is complete without cake, so here's...

We've come out of hibernation to show off some of our latest work! Here are some shots from our prototype, with some lessons that we learned in the process...

From the Murky Depths of our Minds

We've been hard at work on the swampy regions of the island, and wanted to share some of our progress!

Do you have any predictions about releasing date. It looks different than anything on the market, and that's good. Can't wait for a demo.;)

We don't have an 'official' release date yet, but we're aiming for end of this year.

Looks good...Alot of thought went into this. Nice

From the images I thought I ended up in a news of jeklynn Heights :p

What's The Game Maker And Engine ?

We're building our own engine for Rustclad.

Still keeping my eye on this game! Really excited! I love your art style and am really interested! Any updates? Set price or free?

This game looks like it will be amazing and if its not past my budget i will definitely get it and make a lets play series. It just looks like one of those games that will turn the tides of indie game development. Im very interested in whats to come and i look forward to playing the game in the future!

Thanks for giving the gamers something new,
Cloud25XD