Ruinarch is a devilishly fun simulation/sandbox game where you are an evil demon overlord creating havoc and invading procedurally generated fantasy worlds. You will have access to a vast repertoire of spells, afflictions, demons and monsters. Cast a Meteor or a Lightning Bolt directly on the pitiful wretches, or turn them against each other by cursing them with flaws like Unfaithfulness or Cannibalism, or just send out your demons and minions to invade their villages. We'll give you all sorts of tools to create a hellish chronicle for the ages.

Inspired by story generator games like Rimworld and Dwarf Fortress, weaving tales of anguish and woe are central to Ruinarch’s gameplay. Sure, you could just summon a bunch of skeletons to attack a village, but a true evil overlord toys with his prey first. Inflict the local hero with Lycanthropy and watch as his once loyal friends turn on him when the full moon rises. Turn the local village idiot into a serial killer that has a killing pattern that you personally designed. And if you’re feeling lazy and have no time to be creative, just start a zombie apocalypse!

Every evil overlord needs minions to command and spells to cast! The nether realm is home to seven types of lesser demons, each one corresponding to a Deadly Sin and capable of a unique set of actions and abilities. Send a Lust Demon to recruit monsters to your cause. Instruct a Sloth Demon to guard your Portal. Use a Wrath Demon to harass a nearby village.

Your minions can do some grunt work like defending your demonic structures or invading villages but most of the powerful spells are at your command! You have access to destructive powers like Tornadoes, Blizzards, Earthquakes or Poison Clouds. You can also debilitate characters with various afflictions like Vampirism, Narcolepsy, Cowardice and Pestilence.

Casting Brimstones upon villages can be fun, but these powerful calamities will increase your Threat. Cause too much mayhem and the heroes will eventually fight back! Sometimes, subtle actions may be more appropriate. The factions in the realm may all be against you, but you can exploit their differences and make them fight amongst each other. Stoke this dissent by spreading rumors and intrigue to fracture feeble relationships and watch them destroy each other without you even having to lift a finger.

Each playthrough generates a random fantasy world for you to conquer. You have a vast array of spells, minions and monsters at your disposal! While your primary goal is to wipe out all defenders to gain more experience and unlock more powers, you can also simply toy around with a generated world in devilishly creative ways! 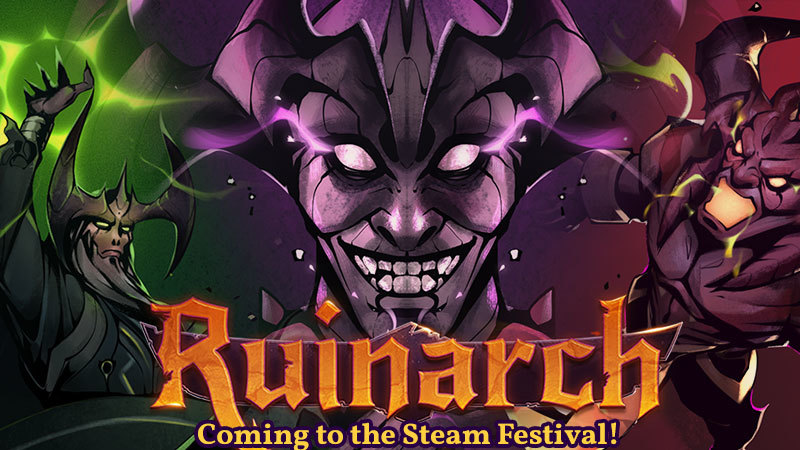 There is another upcoming Steam Summer Game Festival this coming June and we will take part in it! We're currently preparing a short teaser demo to show off certain features of the game. It would also be a great opportunity to gather player feedback that we can still incorporate prior to our August Early Access Launch.