Thanks for checking out my Greenlight submission! I'm really excited to share this project with you, and I hope you find it interesting! 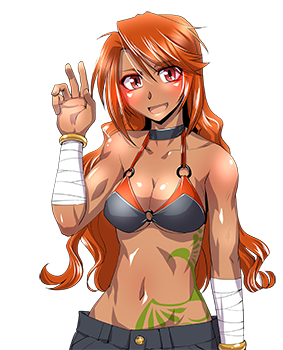 Play as Rubi in an epic quest to find your way back to your homeworld after being stranded on Earth!

Explore and quest in locations inspired by the locale around the particle accelerator CERN as Rubi seeks to understand this new world, and find a way to open the portal back to her home. Experience the story as your kin and allies slowly turn against you, and race against the clock to uncover the mysteries of the dual worlds Earth and Casimir before Rubi falls victim to Earth's strange mana and turns feral.

Rubi: The Wayward Mira features, among other things, an engaging story that gives Rubi's decisions real consequences. Also present is:

Casimir is a dying world. The spellcasting Mira have strained the leylines of their planet to build their once great civilization and cities. Now they live in decay, unable to reverse the decline of the planet where everything is slowly turning to dust.

Rubi, a young Mira, was born with a life-threatening illness where she was left unable to use mana. To save her life, two Lacryma were installed in the backs of her palms which regulate the mana flow through her system. Years later, she along with the rest of her kin are scavenging for their survival, searching for whatever faint sources of mana they can find to sustain themselves.

At least, until one day, a strange portal transports Rubi across the cosmos where she finds herself in a strange land on Earth. Other Mira soon join her, and despite their confusion, are overjoyed to find themselves on a world with overflowing mana.

But the mana of Earth is unlike anything the Mira have ever experienced before, and it soon begins to interact with them in strange ways, transforming them, turning Rubi's friends and family... Feral. Rubi's Lacryma, once a crutch which allowed her to survive, is the key to making Rubi immune to Feral. Now she must choose to quest to find her way back home to a dying world, or stay in a strange land that's slowly twisting her kin into savage monsters.

To promote Rubi: The Wayward Mira and grow its popularity (top games), use the embed code provided on your homepage, blog, forums and elsewhere you desire. Or try our widget.

Tobari and the Night of the Curious Moon

It's a platformer about magic and whacking things! What does that mean? It means you go around whacking enemies with your staff to get their magic! But...

Adventure Time: A Boy And His Dog

Adventure Time: A Boy And His Dog is a free indie game based on the Adventure Time cartoon created by Pendleton Ward. Wouldn't it be cool if you be Finn...

Core of Innocence is a platform adventure game in a similar vein to Castlevania: Symphony of the Night. It currently features 49 weapons, over 250 pieces...

The old city district of Mecha-Tokyo has been invaded by strange yōkai-bots and it's up to Giga and Tera to find out where they came from and rid the...

Master Yuka has been kidnapped and it is up to his grand daughter and greatest student, Kunoi, to find him. She will dodge, slash, and throw stars through...

Games that are based on stories often manage to gather interest of the players. You really want to see the end of the game when you have a mission which...