“Death is part of the adventure”

In the most dire time in history, the fate of the world is in the unlikely hands of two apprentice wizards, Arcan and Zeph.They are not heroes, they're barely even students of heroes. in fact, they don't know any spells. the only magic they have is a scroll allowing them to resurrect each other if they are killed bumbling up a spell.

They are not necessarily made up of the” stuff of heroes”, but they are the only hope humanity has. After a thousand year pact, an order of wizards have decided to upset the balance and destroy all other magic in the world in an ascent to absolute control and power.

In RezPlz, you control two players (or local 2p co-op) to traverse the evil wizard’s keeps of the Dark Arcanum. The game features traditional platforming elements, as well as puzzling elements in the form of coordinated movement and one brother dying in unique ways to allow the other brother to progress. For example:

The game is not easy. There is no health bar, just lazarus stones used for resurrections. Everything will one hit kill you (often in gloriously awful ways) sometimes it's a means to an end, other times, mistakes were made. You must rely on cunning, skill, and your brother to keep you both from being dead at the same time and going back to your last checkpoint.

As you progress through the game, you will unlock different spells throughout the world, adding more layers and options to how you tackle tougher levels and enemies later:

Aesthetic:
For RezPlz, we wanted to make a game that has an influence of older games we grew up with, but not necessarily completely restrict the palette and engine to a totally “retro game” look. We’re trying to get the best of both worlds I guess, something unique and familiar. let us know what you think so far! 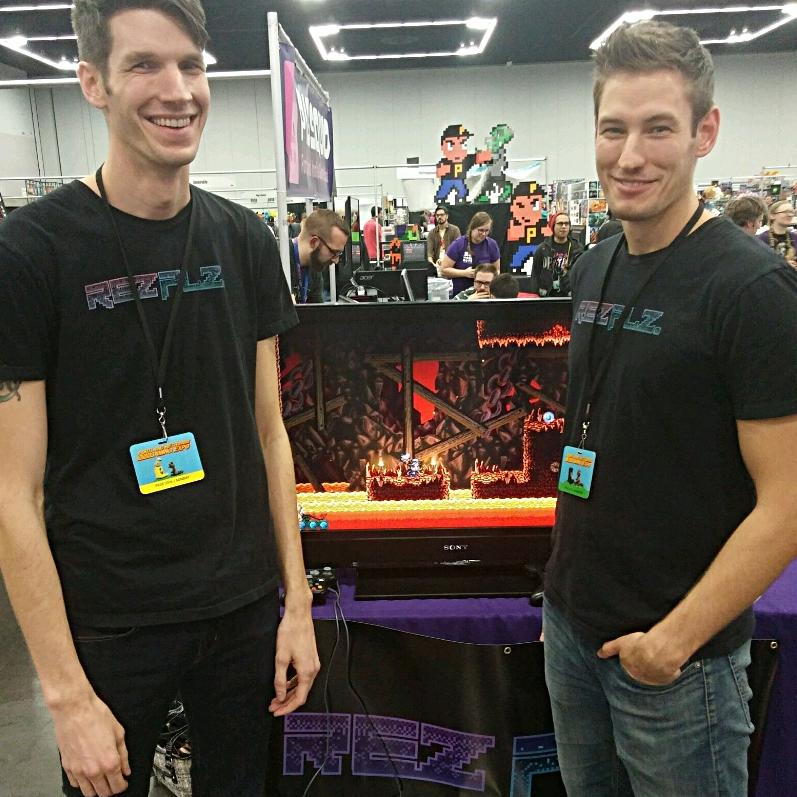 We are so excited to be showcasing RezPlz at BetaCon on april 15th and 16th at the Oregon Convention Center! We owe a huge thanks to the PIGSquad for making it possible! We will also be doing a raffle for anyone who comes and plays RezPlz, because we want to give back to the people who come out and give RezPlz a chance. So if you live in or near Oregon we would love to see you at BetaCon