A group of people get to travel through time as a result of an accident in a high technology workshop/laboratory caused by a synchrotone in New York in 2047.

Time runs backwards (reverse time). and you will have to find a way to return to the present trying to break the chain of events that caused the accident.

We are TOP TEN on STEAM Greenlight: VOTE US ON STEAM GREENLIGHT

And we'll start a Kickstarter Campaign soon. So, stay tuned for early bird rewards signing up our newsletter here:

You play in immersive real world with the team members, made up of a scientist, a journalist, a 007 (woman), traveling through time from 2047 to New York in 2001 and the Dallas 60s. You will find yourself in a race against time to avoid the tragic events of the story (the key to break the time and come back) and fight the guardians of time and the secret services. Some main events: Wikileaks (2010), Twin Tower Attack (2001), Kennedy Assassination (1963), Roswell (1947).

Reverse Time Collapse is a unique experience that combines the fast paced action of The Last of Us, the stealth of Metal Gear Solid with the puzzle system of Monkey Island. There are some similarities with L.A. Noire and Shenmue. The game combines exploration, combat and puzzles with an innovative interaction system and multi character cooperation system.

HERE YOU CAN FIND THE PRESS KIT 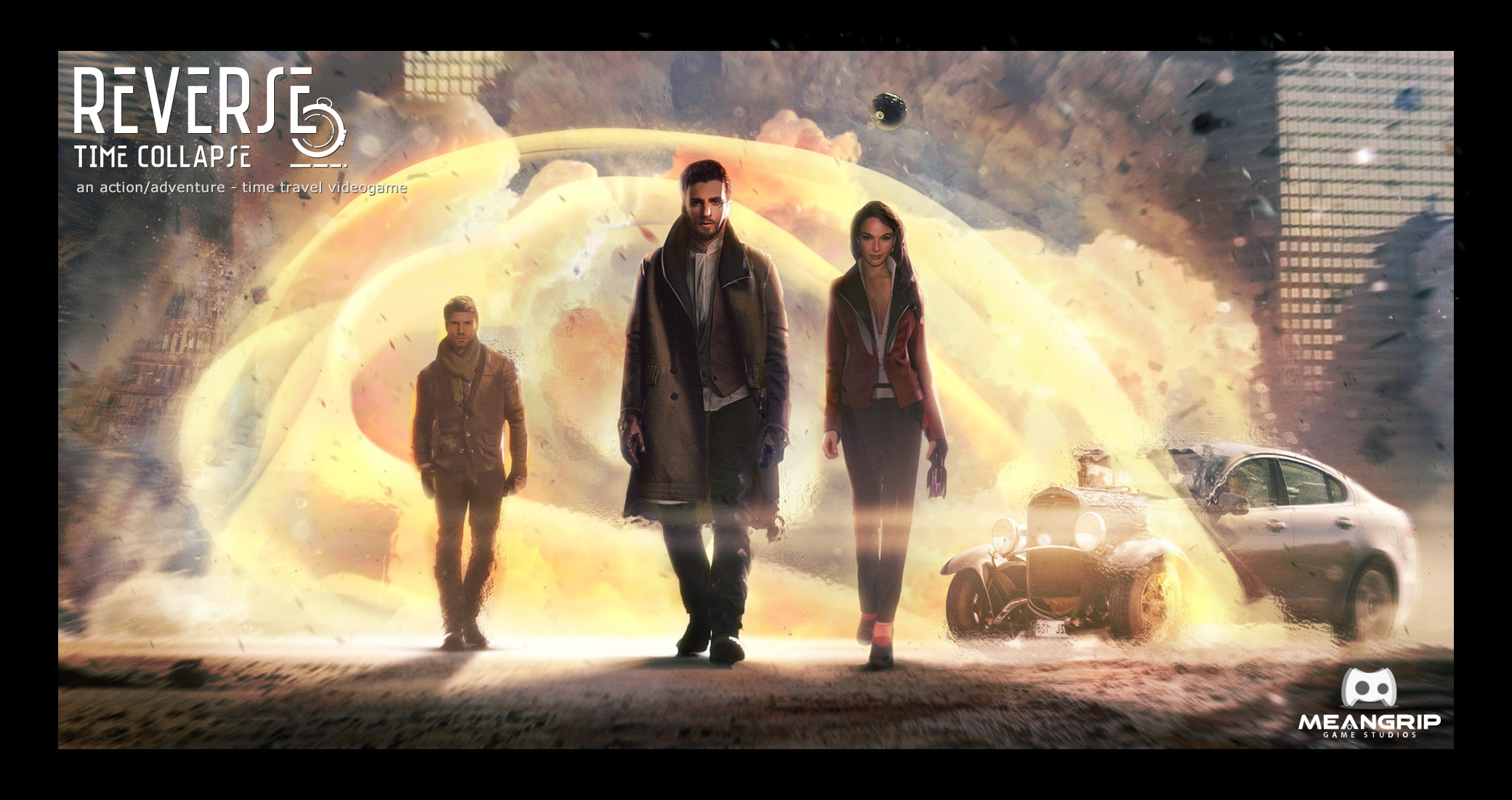 Let’s talk about Over time gameplay™ we introduced in Reverse: Time Collapse.

An explanatory video of what we’re about to talk about is in the making, so everything will be clear soon.

This innovative concept let the gamer use three characters in almost every level, Jack, Patrick and Caine. These three characters won’t be in the same moment in time, because they will travel through time in a non-linear fashion. Same place in different time. A lot of puzzles need to be solved with multiple characters with a time variable. Puzzles solved in the past influence the puzzles in the future directly.

To use multiple characters, we introduced a split screen visualization. The colored part represents what’s happening in the present, while the sepia one represents what happened in the past. 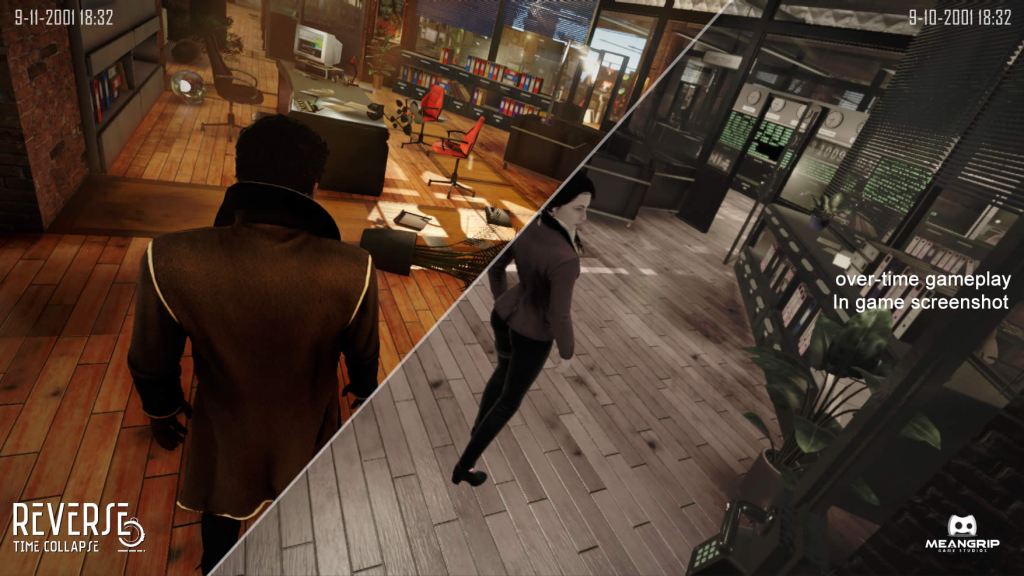 Now, let’s do an example!
In the video we’re working on, Jane and Patrick will place traps in an office to beat the agents who pursue Jack and will help him escape unlocking objects and weapons. The time gun, for example, will be hidden by Jane in the past so that Jack can find it in the present. If Jane places it in an unsafe place, the object will be found by other people and Jack won’t find it.

Reverse: Time Collapse is not a fighting game, so in most cases you will need stealth skills and hidden attacks to beat the enemies. Those phases will be spaced out with cinematic gameplay, like Uncharted 4. Riddles will not be easy but along the lines of old graphic adventures like Monkey Island and Maniac Mansion, where levels were beaten and enigmas solved combining objects, talking to people and negotiate.

Other aspects of the game we already talked about are:

The game is currently under development and we’ll launch a Kickstarter campaign soon. We need YOU to complete the game, subscribe to our newsletter to know when to back the project! If you still have to watch the trailer, visit our website.

During the development of a game, you should always keep focus on performances, frame rate etc. We were doing a test with some NPCs rendered on screen...

How to render a realistic skin

Skin is something really hard to render in a realistic way. In this article we discuss an effect we found very helpful, Sub Surface Scattering.

Second article about levels in our action-adventure Reverse: Time Collapse. This time we analyze indoor spaces.

We posted a new article on the concept art of the main characters: Bit.ly

Take a look at it!

Can't Wait for the finished game. so what date are ya gonna release it?

Hi thanks!
We are going to kickstart really soon. We hope in the middle of the next year!
Please register here: (soon there will be the new website): www.rtc-game.com