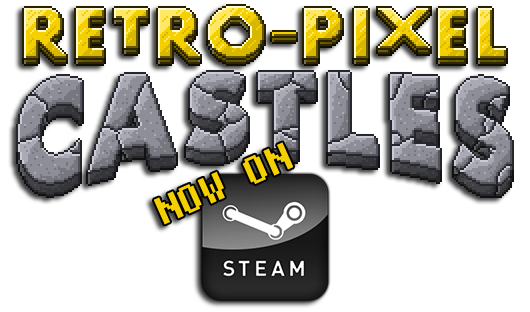 I've decided to simplify the game versioning system, making is a lot easier for people to identify what version is what, and it also helps me talk about upcoming updates a bit clearer. With the old system I could talk about "the upcoming update", but because version numbers were assigned based on the date released I couldn't say "The 11-5-2014 update" or something to that effect, because I would have no idea what the release date actually was. The new system will be a lot more clear for everyone.

As I said previously, the original system was done by release date. Meaning the official current version is "InDev 10-31-2014", released October 31st 2014. I've decided to go with a much more simple system, where stable releases are just going to be numbered, the first version being InDev 1, then InDev 2 and so forth with hot fixes or minor revisions being listed as InDev 2b, 2c and so on. One we move into deeper phases of development it'll reset back to Alpha 1, Alpha 2 then to Beta 1, Beta 2 then to Release 1 and so forth.

As for unstable builds, they will be marked as something along the lines of "InDev 10 U1" for "InDev 10, Unstable Release 1". But currently I do not have a system in place to give you direct access to these unstable builds, but I'll probably set something up in the future so that all Steam users can access the bleeding-edge versions just to toy around with them and find bugs. Keep in mind most unstable builds have serious flaws and many half coded elements in the game. It is a very bad idea to any serious gaming with them.

I've gone back down the history of past builds and put together where we should be based on this new system. So here's the conversion chart if anyone is interested;

and finally, this all means the upcoming version I am working on will now be referred to InDev 10. :)

Retro-Pixel Castles now has a price on Steam, and a new feature-filled release is now up for download! Come get it!

WE DID IT! - Retro-Pixel Castles NOW FUNDED AND GREENLIT!

Retro-Pixel Castles is now over 100% funded on Kickstarter, and Greenlit on steam! This is an amazing day. Thank you guys for all your support. Next up...

Working on adding children to the game, and balancing breeding mechanics some more.

The 5 month mark technical demo, showing off many of the game play mechanics going into the final game! Simply extract, then double click on the jar...

This game really managed to get the retro feel that warcraft 2 has, for whatever reason, when I first saw this small game, I thought about warcraft 2. As far as the graphics go this one looks older than dirt without giving the sensation of trying too hard, which is awesome. The gameplay is still lacking but meh, this is the first release so I didn0t expect much, pretty good too but it feels a little bit dull, would it be possible to control military units and leave the village management to the village?

I like how it is fully modable. I fiddled around with settlers 2 graphics and warcraft I+II =)

Wow this game looks awesome. Would love to see a Wii U port.

That looks great man , hope it get greenLit cause I want it!
keep up the awesome work on getting it released!
By the way what programming language did you use to develop it? just a little curious

.. and Java, for the ease of multiplatform support. ;)

Keep it up hope this gets full finding

Voted on Greenlight and i also would like to back this on kickstarter but they use creditcards only if i'm right. Any other method?

This game look so awesome =D
For some reason it remind me of AOE 1 =)
And if you dont mind me asking, what's the price on relase?

For the upcoming Kickstarter, the lowest backer reward that comes with a free copy of the game is $7. :)

For the actual retail price; I honestly have no idea yet, When you get Greenlit on Steam they recommend a price to you, so I was going to go from there.