Realmstone is a fantasy mmo hack and slash game with some kingdom building elements. You take control of a merchant house and employ various level able champions to go out into the world an bring back treasures to your house. We draw strongly on traditional fantasy settings games such as Master of Magic and Moonstone.

Realmstone follows the more hardcore tradition of Ultima online while providing a easily accessible game, as soon as you leave the starter zone its a brutal PvP faction based world, where you will need allies to persevere.

Features
- Real-time multiplayer adventure
- Create your very own customizable champions
- Explore dungeons, camps and lairs with your friends
- Unlock classes and Prestige classes to increase your champion selection options
- 111 levels for each base class
- Tons of different enemies
- Fast paced hack and slash combat with lots of tactical abilities
- Create your own city and declare war on other players
- Build and customize your own city with over 30 different town buildings
- Four distinct arche types to help define your champion
- Living world AI - Monsters will not just stay in their lairs, they will raid your cities!
- Auction house in each city where you are able to buy or sell your treasures
- You will die

I live off donations!
If you enjoy the game please help me fund my developing habits. 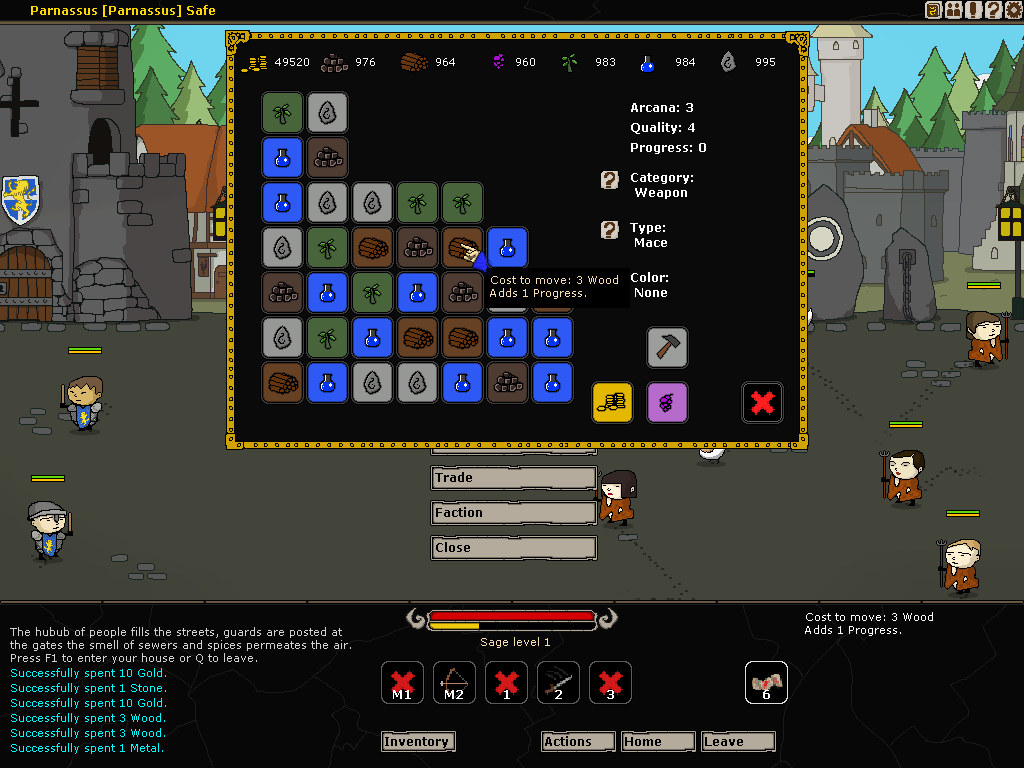 I have been very quiet for some time now and for that I am sorry - but I have been so completely caught up with my latest ideas for the game, that I just haven't been able to find the time and energy to write a descent post.

But I now feel that I am ready to shed some light on the next patch for Realmstone.

I have been having a hard time with some of the ways things have been working in the game for some time now, especially regarding character progression. The class based character system introduced a very rigid system that allowed the players very little say in how they wanted their character to develop.
From the very concept stage of the game, I wanted to allow players a great deal of freedom and started out allowing anyone to be anything but that turned out to be too confusing and hard to maintain.
The class system fixed that like a big rock can prevent your desk from becoming too cluttered, removing almost all player influence.
The new system introduces customizable abilities:

This may sound very confusing but it is actually quite intuitive, let me give you an example:
A ranger slots his class rune into his first action slot, he then equips a Short bow that has Swift Non-magical ranged attack as its first action slot. This then becomes Ranger's Quick Shot. 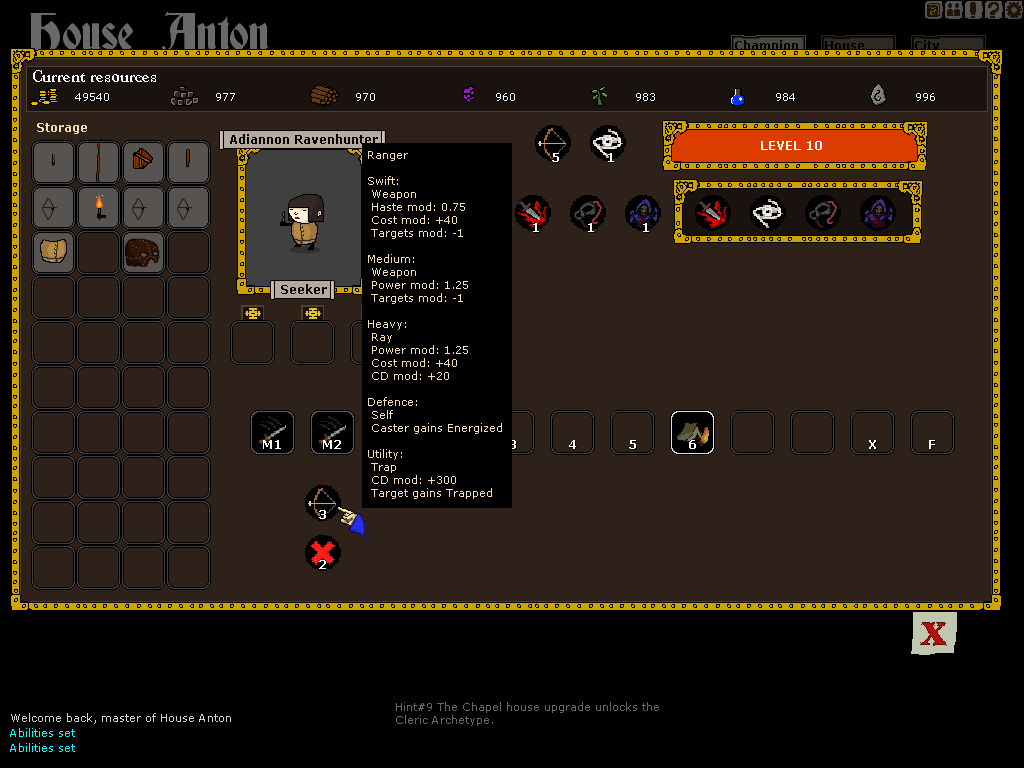 The character setup screen is still work in progress.

If the Ranger where to equip a Sword type weapon the same ability slot would become Ranger's Thrust instead because the Sword has a different type of action slot.
The whole system is generic and you can now gain proficiencies with new Types of gear as you select your level upgrades, this allows a player a great deal of customization as his weapons and class runes can be combined in many different ways and allow him to fulfill different roles in a party just by swapping a few runes or equipping a different weapon.

Another big change is the new crafting system, upon buying a Smithy, you will now be able to craft your own gear from raw materials, this system completely replaces the old item unlock system.
The new system is a mini game that allows players to combine materials to create customized items dependent on the amount of time and resources the player has at hand.

The Faction system will change a lot too, the current guild based system is just plain bad, it is just too difficult for players to organize in any meaningful way, the new system will limit the world to five factions, one for each color. House champions will only be able to pursue color aligned paths.
A house can change faction color but this will lock champions that are of opposite alignment until the color is changed back.

Many players have requested less random terrain - I have listened!. Patch 1.2.0 will include a custom made map with regions and borders (AND a bigger map!). The faction change will also split the eternal battlegrounds into objective based fields that will grant faction wide bonuses, such as increased gold find, better magic find chance and reduced chance of negative events.

There are still some time before all the bugs and kinks have been rotted out but I felt compelled to share the progress with you.
The new changes will unfortunately require a server wipe but I feel that all the new changes will make up for any grief and make leveling a new house an exciting experience.

May the gods watch over you.

New items, New Enchant effects, Better AI, Better balance an A great many things for a great patch! Read on!

ERROR in
action number 1
of Mouse Event for Left Released
for object obj_button:

Sorry for the late reply,
Please message me or mail me for a more prompt response.

Hero siege is not my game.

I'm not sure what you mean - could you specify?

You think the world is too small?
Are the end level monsters too easy?
What class are you playing? (some classes may just be too overpowered,)

I hope you'll fix this soon.
Thanks for your work