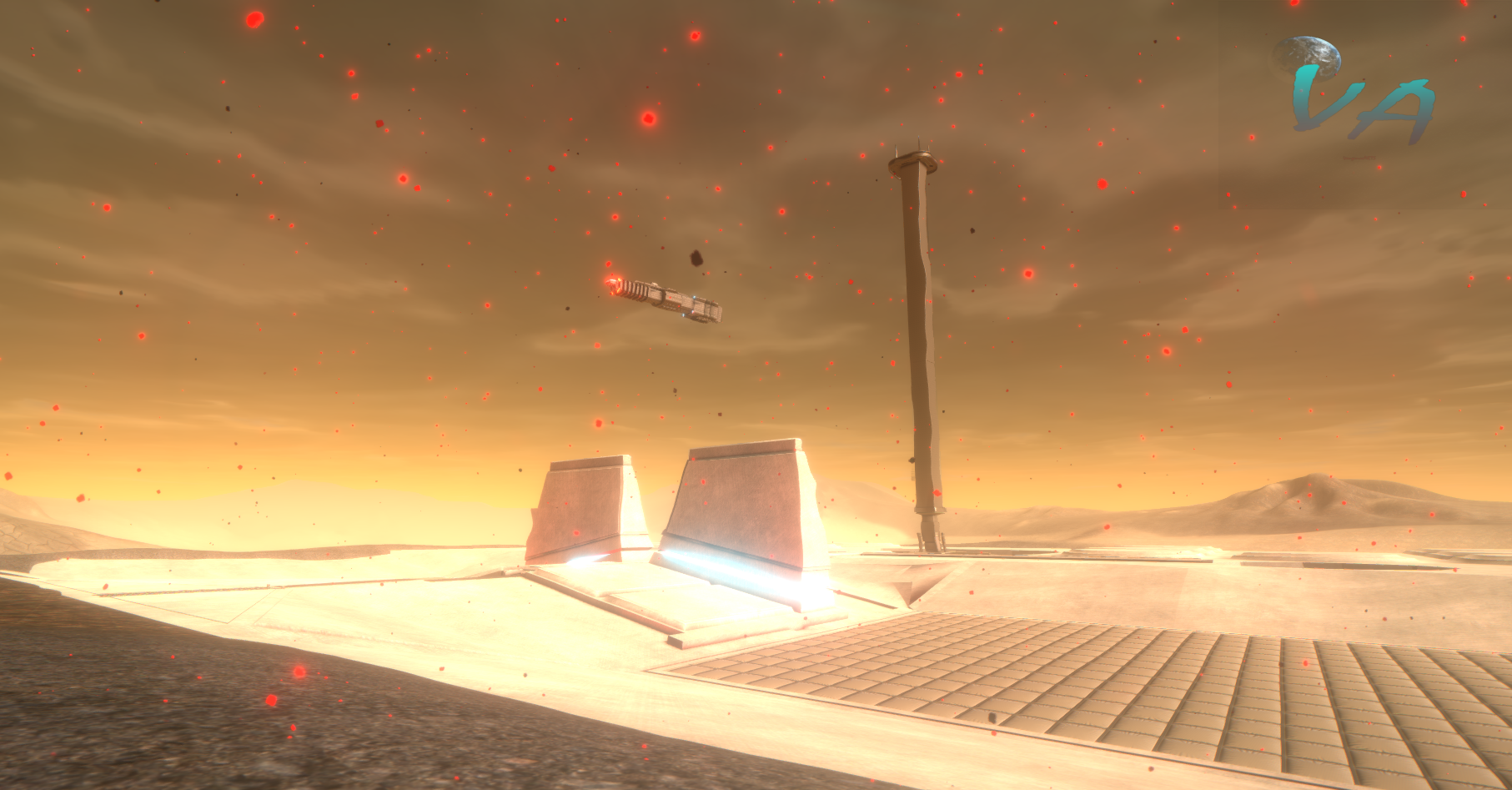 You are a Descendant, a person who is a part of the Descendants protocol, your mission is simple, build a foundation upon humanities arrival on Venus! The journey was long and brutal upon the arrival towards Venus only to know that you and your assigned AI will have there last space view ever again..

A peaceful race called the Owe' nes, arrived on earth hoping to colonize Earth and make peace with the people of earth. They were very excited by their species arrival but the foolish militia force known as the Ko'Vas'ta republic launched dozens of undetected nukes towards the strange species ship out of fear. They successfully destroyed it but caused the rest of the fleet to react in hostility towards the humans. They then activated their warp drives towards Earth at full power but one of the refueling ship’s antimatter warp coils had destabilized due to an error when making repairs. This caused it to be sent hurtling towards earth ripping the planet to nothing but rubble, a couple of human colony ships survived due to being near the moon at the time of Earth’s destruction. The Owe' nes discovered that they had escaped and decided that as a punishment they should be sent to the most hostile planet in the galaxy… Venus. If they were to survive then they would be left to live a full life.

The game will feature a 200 km map that will be split into sectors, each sector will be dynamically different and will also showcase theories on how to survive on Venus. (''these sectors will be named after Venuses Landmasses'')

---Short Example of how the game will function---

-Build retro futuristic structures based off the 40's Venusian structures

-explore more the 20 Venusian planes that are based off the Venus world map..

-gather resources in a unequal fashion..

Chapter 1:And it Begins''

Chapter: 11 A Utopia or a Greater Hell''

Chapter: 12 Sacrifice of yours''

Chapter: 15 A new beginning for better or worst''(''4 different endings'')

Facts#2: Will have a heavy focus on Eden Domes

Facts#5: Your Companion in the Campaign Mode is a Solid Form Energy based AI

Facts#7: Your main Enemy is Everything on Venus

Facts#8: There will be 300 Prefabs to unlock in the game via the Tech Tree

Facts#9: You will be able to drive Vehicles of different types ingame

Facts#10: There's a Stage where you are transcending a Cloud Elevator in the campaign

Hope you people enjoy whats to come this is gonna be epic! I'll be releasing Dev public builds here and then when I feel like it, but it would be worth it, I'm looking for your support and feedback don't be afraid to be honest :)

You can learn more about my game here Discord.gg