Project Pulsation - a sci-fi first person shooter in the space setting with elements of horror, stealth and quest. In the story, you - the protagonist - go in search of a rare artifact, which is rumored to be hidden inside the disused station "Complex" located on and near the asteroid Thanatos.
Inside the station, you have to fight with creepy rotfears, destroy the turrets guarding, bypass traps-teleporters, hide from the Shadows, and constantly seek oxygen cylinders and ammo that will always be on the wane. This and many more interesting things in Project Pulsation.

1. So, the first thing to be the player of the fact that the air in the "complex" poisoned this oxygen tanks that will need to look elsewhere in the game, as one bottle enough for 15 minutes of uninterrupted gameplay. If the time does not change the balloon protagonist dies. 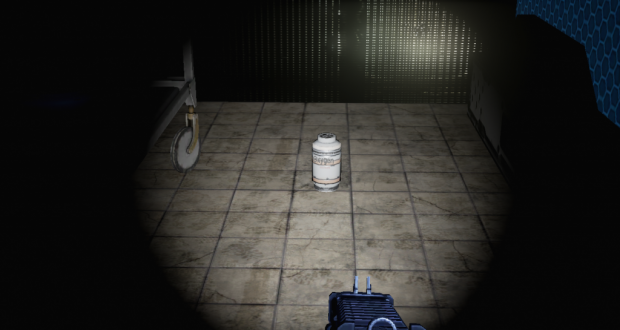 2. The second necessary thing to go through, it's ammo:

They, of course, also need to look up and fill up all the time. Search better carefully as there will be little rounds and some points in the game to go unarmed to be very difficult. 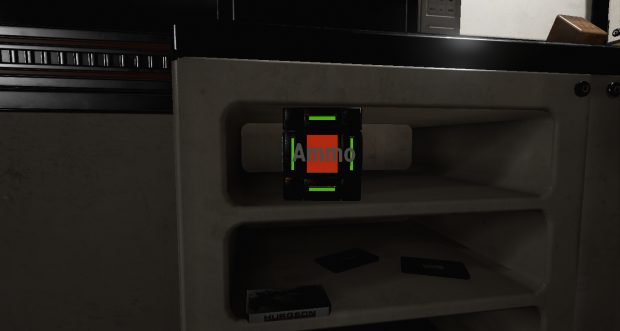 3. How to beat the game without saving? Conservation in the game will be made in the invisible check points (which you will notify the characteristic sound and the inscription «saved» in the upper left corner of the screen), and near here booths, similar to the telephone (to them just need to go). File saving the game will be the only one constantly overwritten. So be vigilant. Continue the game will be like the button "Continue", load the last saved button "M", the last checkpoint button "K". 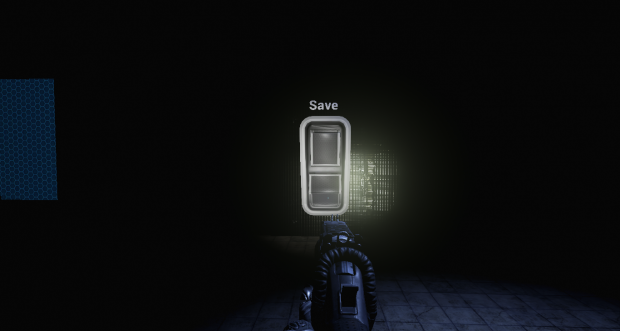 4. Codes. In the "complex" many doors will be closed and open them only you can learn four-digit code that can be written anywhere on the level where there is a locked door. You can search everywhere: on the walls, ceiling and floor on computer monitors ... Sometimes code may be scattered in pieces. Then it should be entered in the order in which the numbers are written from beginning to end of the level. The code also disables some pitfalls, such as teleportation Player to the top level. 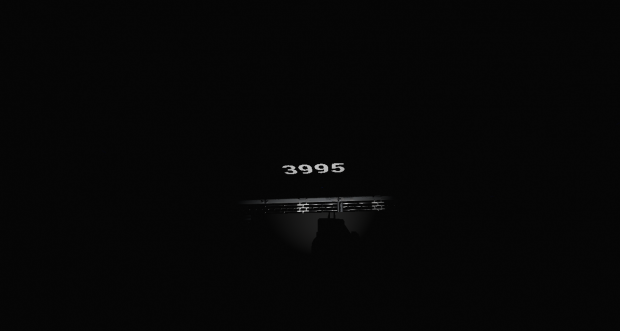 5. Weapons. You will have only one old (do not look that looks futuristic, it's the future) gun, with a little bit knocked laser sight. 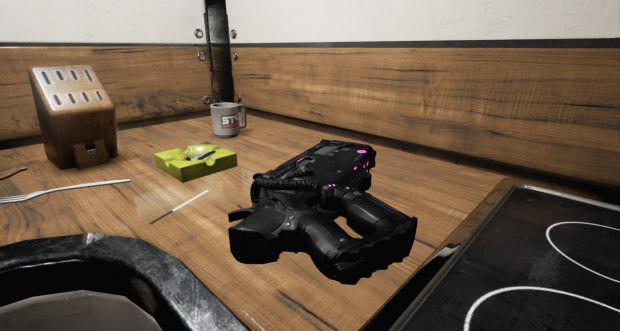 The first creatures you meet is rotfear - deprived skin blind monsters. Touching them is killing, but even kill them quite easily - one and two bullets rotfear disappear as if it had never been. 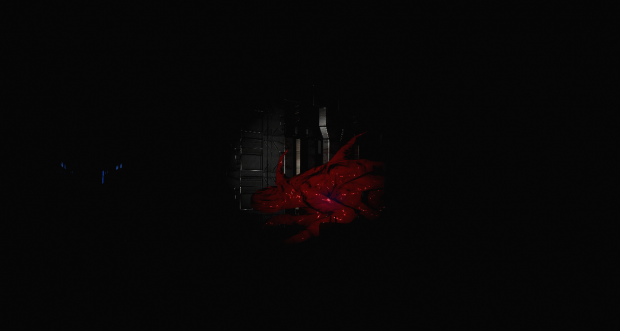 Also, you have to shoot exploding spiders. The main task - not to allow them in. Affects one shot. 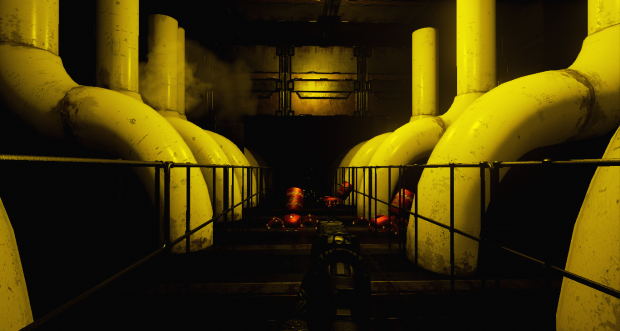 Holographic ghosts - the ghosts of those who once dared to enter the complex, but never came out of him. They, like the stuff that fell into the black hole, became only the hologram, bearing the information about who they once were. Not particularly dangerous, but it's better not to approach closely. They disappear if they shoot. 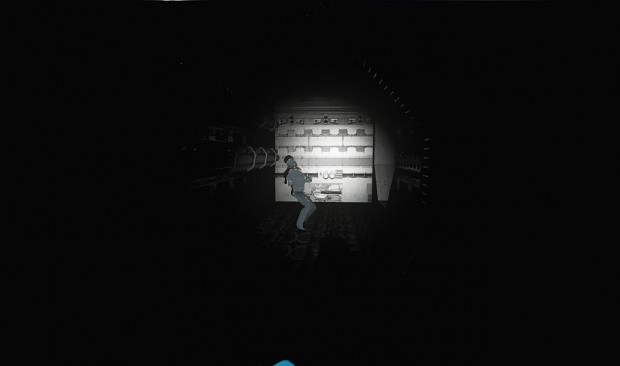 Turrets - more complex in terms of the passage of mechanical enemy. Emits laser beam, with a constantly revolving. Usually located on two of three turrets on the security posts and just run through them pretty hard. In order to neutralize the turret, you must get to the red cube on top of the mechanism. However, due to the peculiarities of the laser sight, it is better to aim a little higher than that of a square.
Jets - flying fighter jets that emit electrical currents. Not very agile, but it is better to destroy them when they are still far away. 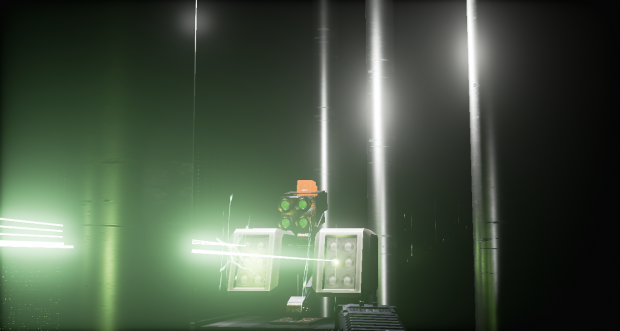 Transport robots - some of them are located turret, while others are equipped with laser guns. They are better to hide. Although there are those on which you can ride. 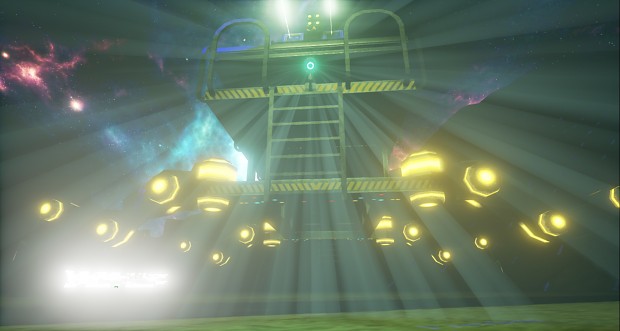 Security robots - all these, almost all out of order, so most of them are not dangerous. However, some of them may still be open for you fire. Others, on the contrary, can help you. If the back of the robot has a red button, meaning it can be turned on or off. Depending on the situation, you can either disable the robot out of the way, or, on the contrary, to enable him to destroy other enemies. Shoot the robots themselves is pointless. 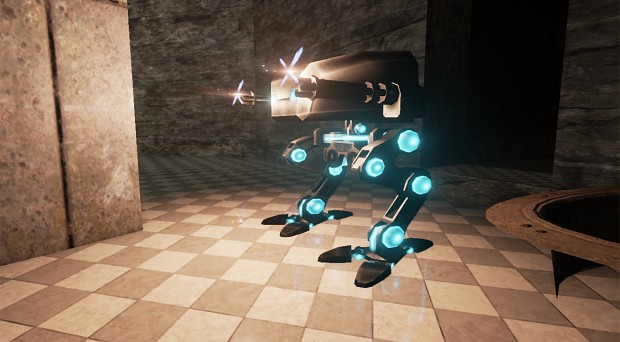 Drones - just a such observers. Do not be destroyed and are not dangerous. But can explode right under your nose and disorienting. 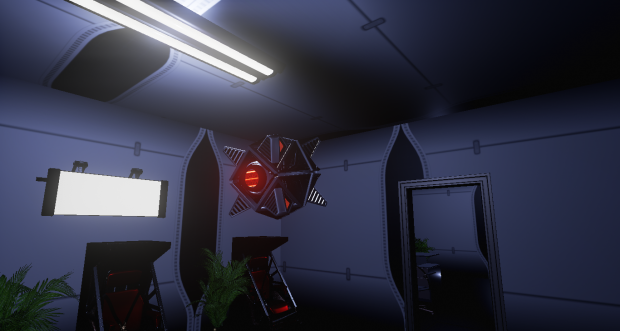 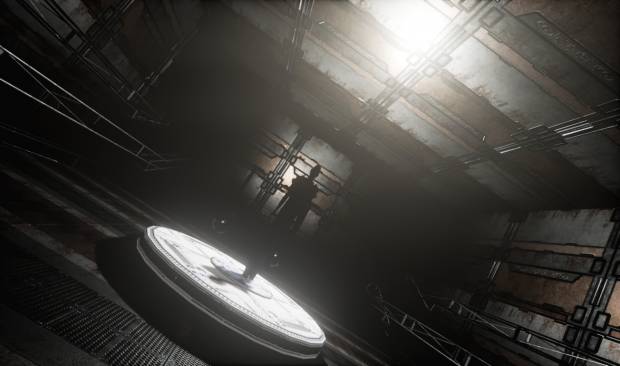 Anomalies - the game will electric and gas. Electrical particularly dangerous because it is constantly in motion, and also publishes a pleasant sound than can attract a player. 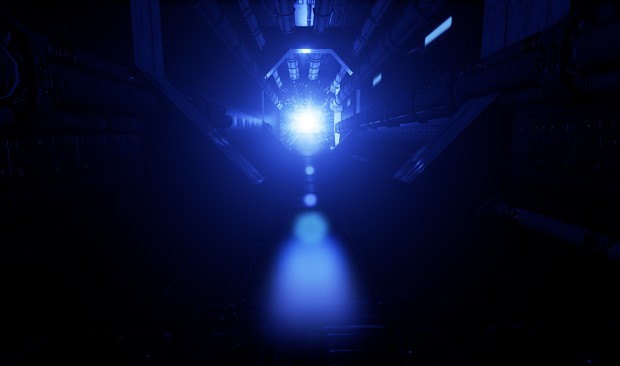 We are glad to inform you that the Project Pulsation has the second update, in which fixed a bug with the "New Game"
'Elevator' level fixed - no more unfair difficulty at start
Fixed small bugs. 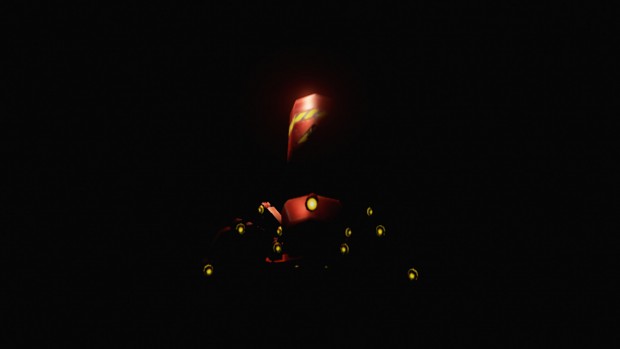 And the good news is that the on Steam, as a DLS, went to the game soundtracks

Also, Project Pulsation came in the SUpernova Cubic Bundle, which you can purchase in the next ten days! 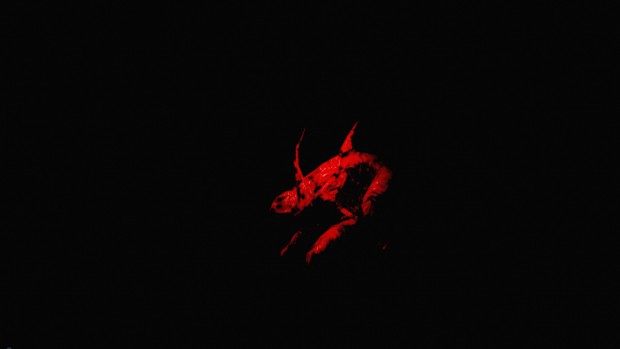 Project Pulsation has been released on Steam!

Project Pulsation has been released on Steam, and has been updated.

We did it! Project Pulsation has received the Greenlight! And soon will appear in Steam! Thank you!

Most horror genres use soft light. Using both hard white and the pulsations is fresh and neat.

For someone from the Ukraine, you have a good grasp on English, so congratulations. Also, the game sounds interesting and I look forward to playing it.