In this update I show the implementation of 2 Handed Swords in addition to AI, combat and graphical improvements. 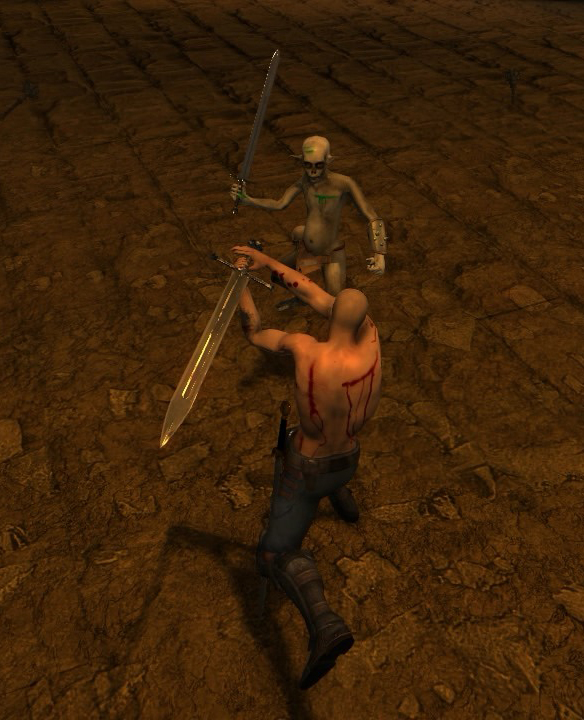 In this update I show the implementation of Two-Handed Swords in addition to AI, combat and graphical improvements.

Two-Handed Swords are extremely slow and consume a lot of stamina, on the other hand they deal great damage with high limb slicing chance and cannot be disarmed, in addition they have a disabling impact on the enemy, meaning whenever a character takes a Two-handed sword hit it will be disabled for a short period of time.

Obviously a shield cannot be used along with Two-Handed Swords, but with the right timing Two-Handed Swords can efficiently be used to block enemies attacks. however, this become more difficult when engaging with more than one enemy. 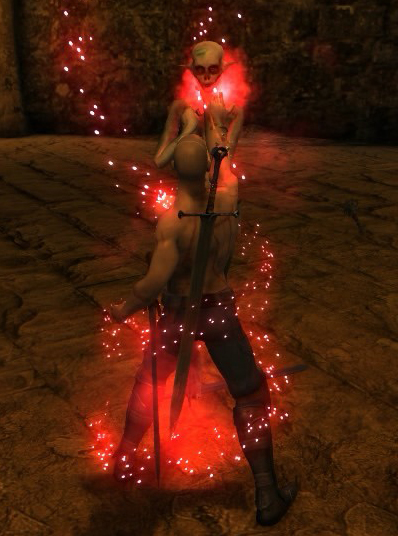 That was all for this update, hope you like it and stay tuned.
see you in the comments!

very awesome but the sounds of walk is very annoyng xD

Thank you for the feedback!

Looks promising!
btw, I like the 'Wise Alien Games' logo

This looks great guys!
Have you guys heard of or played severance blade of darkness by any chance?
If so, is it possible to integrate some combat features from it such as locking on targets, directional attacks and rolls?

Thank you, I grew up playing that masterpiece! and it's a big inspiration for me, there are already 4 directional attacks in primaeval, and you are not' the first person who's suggested the target lock feature so I'll implement it next update :)

Thanks for replying mate. I thought you may have played severance before as there are many similarities here. Personally the more the combat resembles severance the better as no one has yet to remake that masterpiece. Having said that I understand you're working on this alone and probably have other influences as well. I would surely donate to this project too if you feel like going down that path. Anyway keep up the good work and thanks for listening and replying to the community.

You are always welcome, and Thank you for the support!

Ok, this looks like a seriously FUN combat system. I really like the idea of direction based visible wounds, kudos for adding in this level of immersion. One thing though, the left arm between 0:50 and 1:00 looks kinda weird.

Glad you like it, you are right I'll definitely fix that ASAP

This is better than AAA projects marketed by big publishers! Looks like you love exactly the kind of brutal combat as I do :DD. Kicks are very welcome and are an organic part of fights. Bleeding wounds are awesome. This must have been lots of coding and animation work already.

Let's not overdo the blood please...

Thank you, Glad you like it, I think I need to redo the blood splatter graphics and give it more like 3d feel with some glossiness.