Colonize solar systems, annihilate homeworlds, and exterminate your foes in epic interplanetary battles with multiple players and thousands of units.

One of my favorite custom maps in PA:Vanilla was Hot Platforms, so the first thing I did was recreate it in PA:T! I've customized the map to be optimized for Titans; now you can use ramps on the platforms and bridges to launch hovercraft assaults. I've placed various CSG around the map to give it a 'volcano space temple' feeling and also to make it so hovercraft can't just go directly from base to base, but must fight around obstacles. Finally, to encourage fighting over metal I've added a volcano island base at the back of the map that is only accessible by air or hovercraft. After a bit of testing, some felt that the map could use a little less metal so I've provided two versions a 'metal light' and a 'metal heavy' version depending on your preferences. The metal light has 4 less metal spots on each starting point and 3 less on the back island. I'm really looking forward to playing some matches on this map! 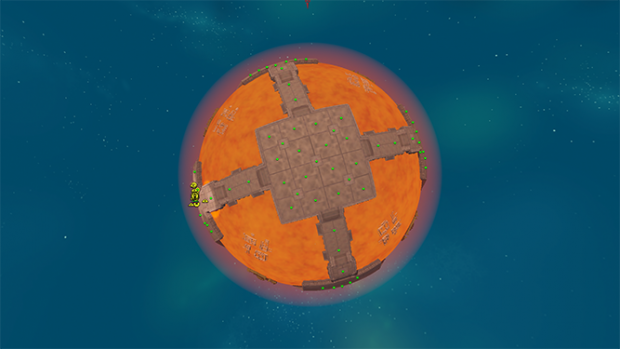