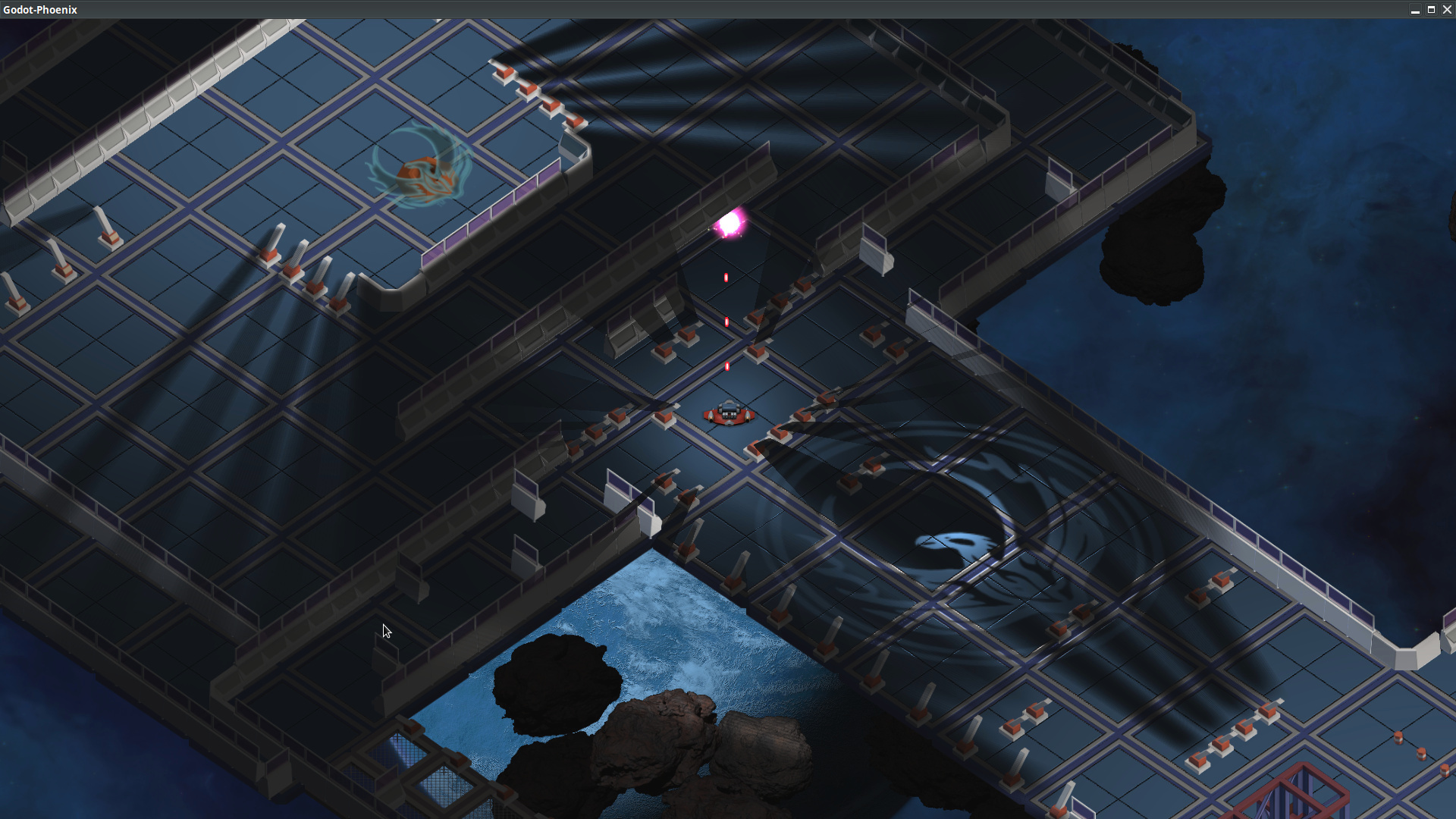 Phoenix Universe of Space Combat or Phoenix USC is an arena based fast action space combat MMO that will support up to 100 players per server (more possible). Players battle it out in arena free space or in a bases. Typical games are capture the flag, team on team and league or wing matches.

Players select a spaceship and weapons to craft a ship to meet their needs. Battling in a rich visual environment players compete in building their scores, stats, wins and kills. If you like fast action, intense and addictive space combat then Phoenix USC is the game for you. 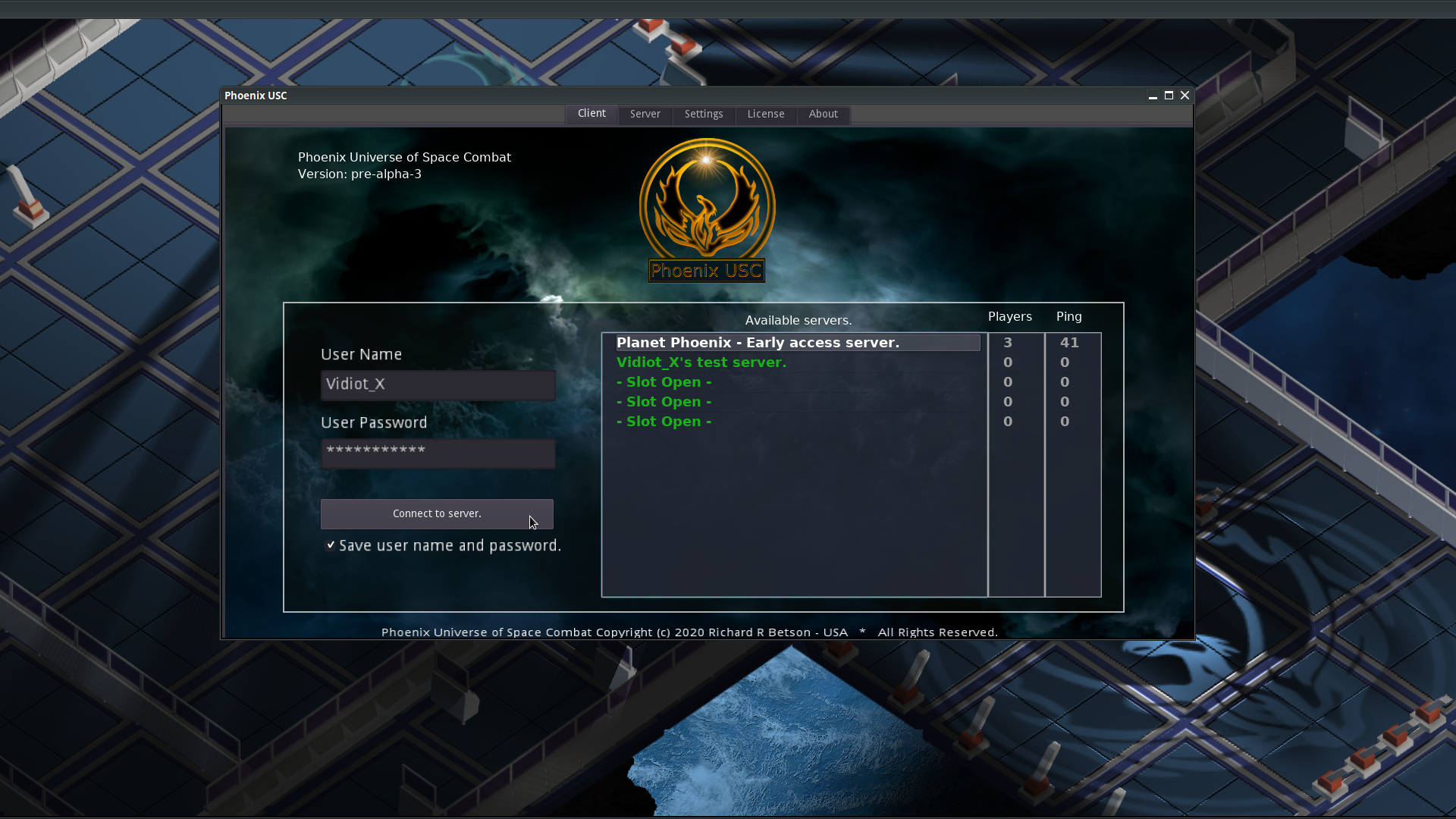 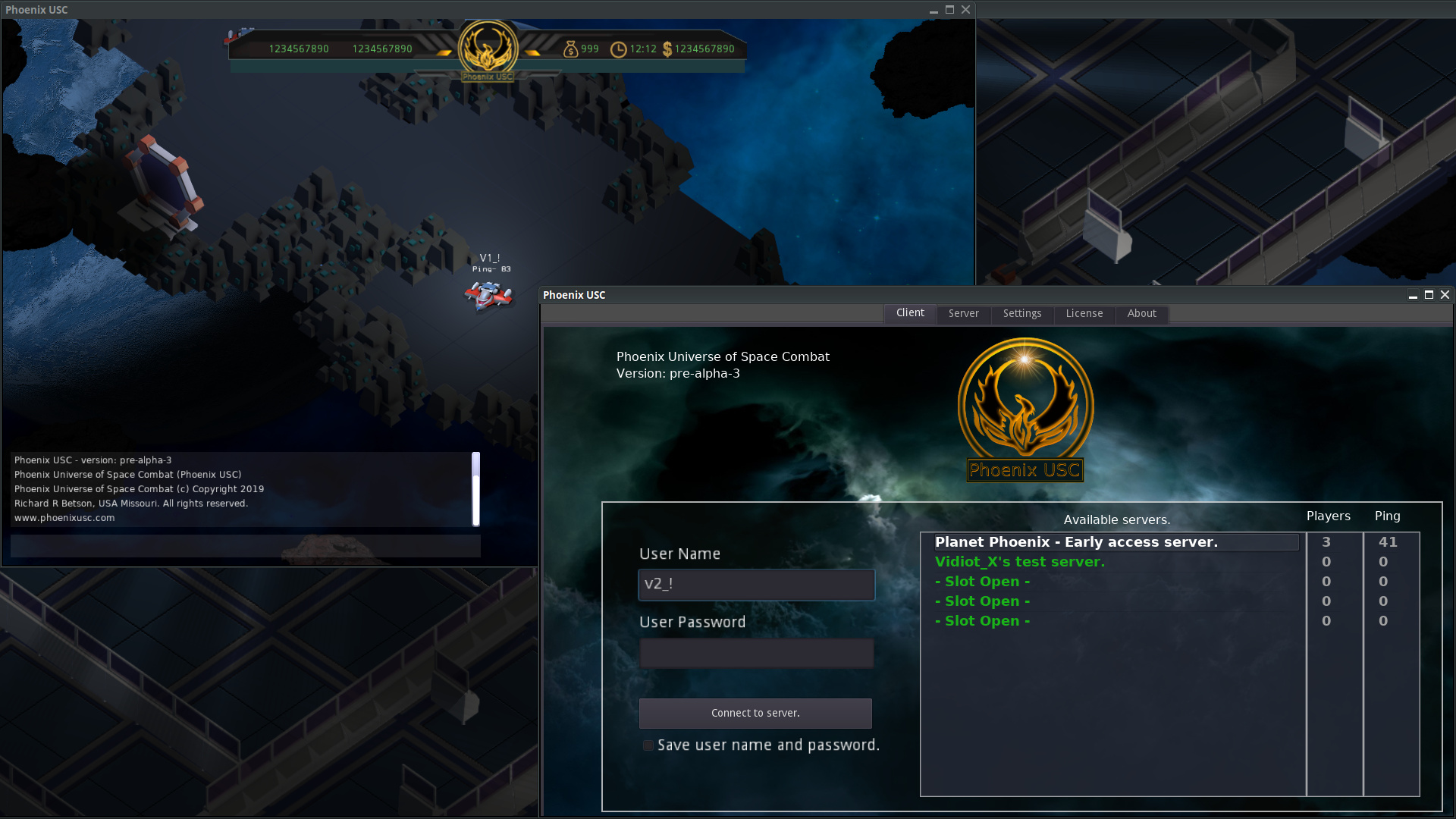 Updates on networking and multiplayer, map design and early access development and testing

I have a video showing a successful 1st networking attempt plus images of base map with many new assets improving the design and look. Info on early access...

Video run through of new base, plus pic's including widescreen. Development shift to Godot

A video run through of a new multiplayer base plus images. I've shifted development to Godot and this new base shows off what I've been able to accomplish...