Phageborn is an upcoming online trading card game set in a unique world based on dark fantasy themes.

It is easy to learn, extremely fun to play and features fast-paced combat, strategic depth, massive variety of cards with unique mechanics and endless deck-building possibilities.
Players take the role of mighty champions from five different factions that each have unique cards and play styles. In order to to become a true master of the Phageborn and dominate the battlefields, players will need to acquire experience in combat strategies, deck-building and trading.

The game provides a massive and constantly expanding set of diverse content available for players to achieve, unlock and trade with others.

Phageborn will be playable on PC, Mac and mobile platforms. 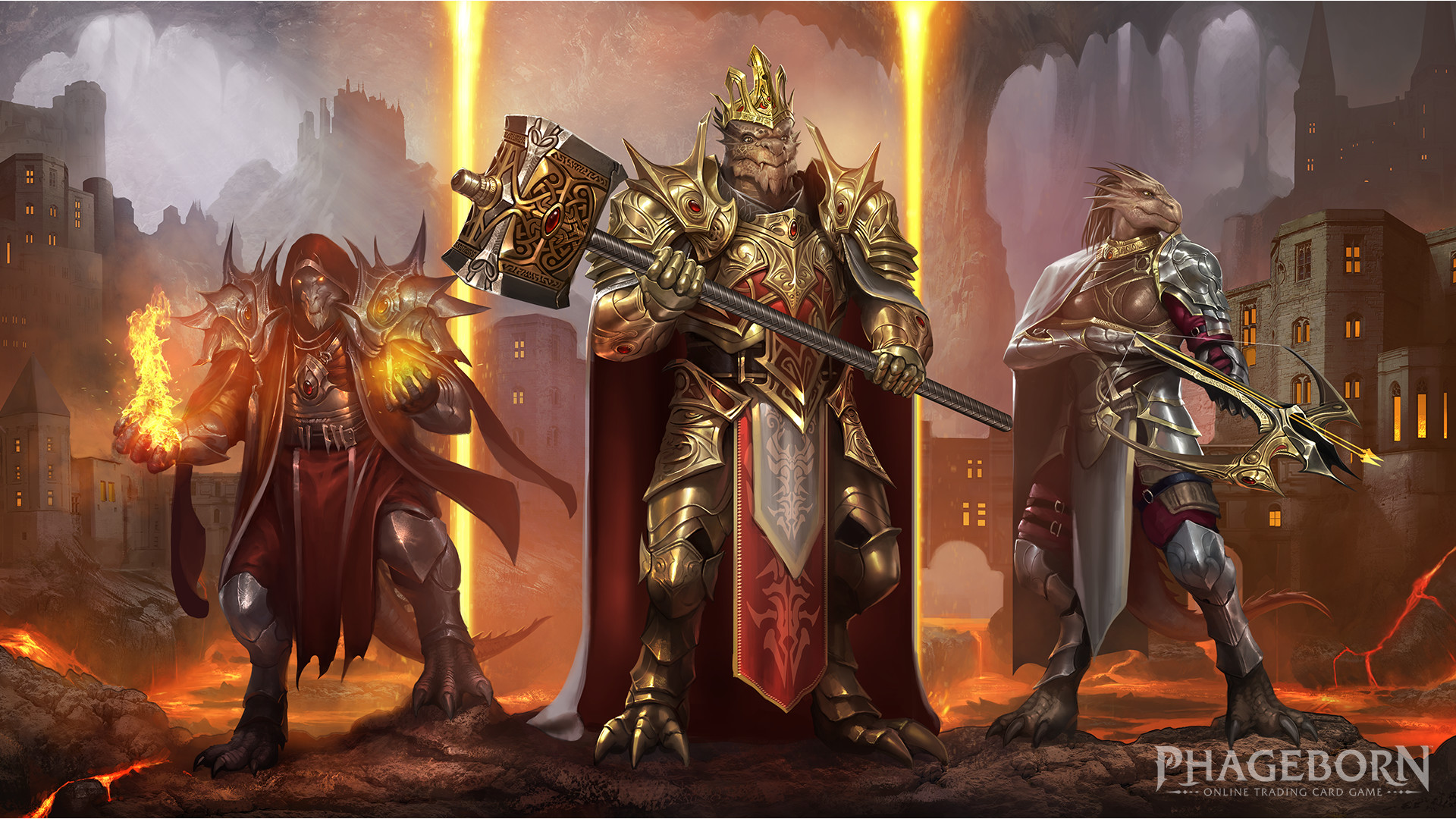 A proud race of religious warriors led by the noble King Tiberiuth.
Drakkorith warriors have the unquestionable loyalty to their King and their Trinity Dragon Gods!

Agenda: Protect the King’s newborn son, the Phageborn, at all costs and ensure the survival of the Drakkorith Empire
​

Drakkorith Empire has stood undisputed for centuries and now they are in for the challenge of their lives.
With the birth of their new prince new forces have been awakened and will soon descend upon their world!

Would you help the mighty race to fight and prevail, or do you have other interests?

Here are some of our cards :) We are excited to show you the progress we made and happy to hear your comments!

Phageborn is an upcoming dark-fantasy themed online TCG which is easy to learn, extremely fun to play and combines fast-paced combat with strategic depth...

Thank you, there is more to come soon so stay tuned :)