Nendhir, a mysterious and savage world filled with conquest and magic, where the two factions; Valfalk and Morsath battle for dominance over the vast lands and continents.

Morsath, a pact between the Kingdom of Edaria, the Kingdom of Drosus and the Empire of Coria, control the central lands of Nendhir and lead the crusades against Valfalk.

But as the two factions wage war against each other, the dark powers are rising in the shadows.
In the south, the arrival of the Cult of Voxyx has awakened the ancient dark lords once again.
Far in the west, at the heart of the swamplands of Khordof, the mighty dragon Yddrad threatens to engulf the world in flames.

It is up to you as a mercenary to chooce your own fate. Help your faction to conquer new lands and together you will face the shadows that the night brings.

Past Fate is an open world MMORPG where the players freedom is the key element. You can explore the huge world and its continents and islands. Sail the treacherous seas to explore the world and recruit your own crew to assist you in naval combat. Hire and train mercenaries and soldiers to help your kingdom in the time of war. Find secrets, treasures and mysteries to aid you in your journey. Practice to become the crusader and smite down your enemies or find how to wield more darker powers to hunt your prey during the night. What is your fate?

The land in Past Fate is huge. You can build your own ship and sail the seas to explore different continents and islands. Find kingdoms to trade your goods or to buy supplies for your journey, unite with your friends and explore dungeons to banish strong enemies and pillage their treasures or form a group to set in to find and defeat legendary ancient creatures.

Hire mercenaries and gather your soldiers to conquer the enemy lands to yourself.

Kingdoms will crumble as other players can attack and break your buildings in hopes to conquer your lands. Defend your kingdom by hiring mercenaries and soldiers and protect your land at all cost.

Banish strong enemies and pillage powerful treasures from dungeons. Form a group to find and defeat ancient creatures across the world

The night can be deadly as players who wield the dark magic can use it to their advantage to turn into a hulking beast to hunt their prey.

These crew members will include archers, mages and cannoneers to damage the enemy ships crew and hull. Prefer melee? You can jump on the enemy ship and show them your swordsmanship...or crush them with your warhammer if you prefer strong heavy attacks.

Past Fate Kickstarter is now Live! 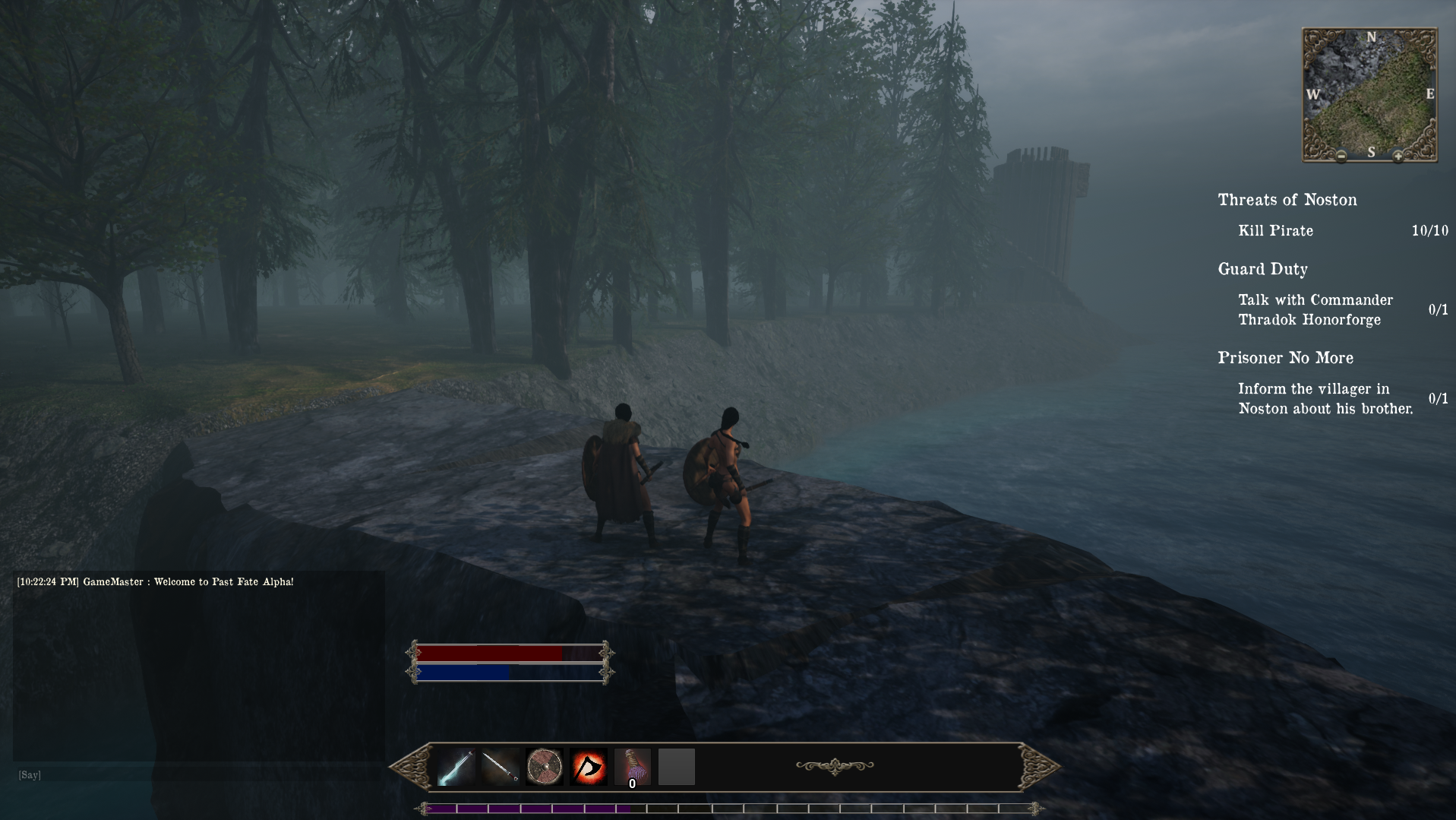 We launched our second Kickstarter while giving potential backers the option to try our open alpha first before backing to see if it's something they like!

We are also going to introduce our newest patch July 24th! The patch will heavily improve combat, add more items in the game, fix item stats, fix crafted item stats and much more!

To learn more about our open alpha visit Pastfate.com

Past Fate's Kickstarter trailer is now live. Featuring the mechanics available in our current alpha.

Past Fate - Kickstarter Pre-Launch is Up!

Past Fate's Kickstarter Pre-Launch Page is up. Our open alpha will stay up for the duration of the Kickstarter campaign!

Past Fate open alpha 2 will be held from June 8th to June 15th.

Past Fate Open Alpha Test is now live. The alpha period lasts for a week.

This is gonna be smth!

Twitter
Tags
Embed Buttons
Link to Past Fate by selecting a button and using the embed code provided more...