Out of the Park Baseball 19

Out of the Park Developments | Released 2018

Out of the Park Baseball 19, the latest edition of the world's best-rated sports strategy game franchise, is a baseball fan's dream come true. The game is officially licensed by MLB, MiLB and the MLBPA! 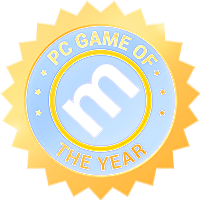 Step into the shoes of a GM and/or manager to own the future or rewrite the past of your favorite real-world baseball franchise. Build the team the way you want. Start a new career with your favorite 2018 MLB team or go back through almost 150 years of baseball history and run any team from the past! You can even set up your own fictional baseball universe or compete in online leagues against other OOTP players. Make your move!

The brand new 2018 MLB roster set will include all projected Opening Day MLB rosters as well as the complete minor league system down to the rookie leagues and even future draft classes. On top of this, 8 international leagues (Japan, South Korea, Taiwan, Australia, Italy, The Netherlands, Mexico and Cuba) and several international and US independent leagues return to OOTP 19 with accurate and projected 2018 rosters.

Discover new talent, draft the next superstar, negotiate with free agents, enter trade talks with other teams, build your dynasty and guide a franchise into an infinite future! As a manager, dive into the more hands-on management and set your team's lineups, pitching staffs, in-game strategy and call the shots from the dugout. You can oversee your league at a high level, or play out each game in the redesigned 3D game mode, managing play by play or even pitch by pitch. OOTP has it all covered!

New features in OOTP 19 include:

Coming later this Summer: PERFECT TEAM, the new and exciting online competition mode in Out of the Park Baseball. Stay tuned for an open beta and more information!

Out of the Park Baseball 19 - Make your move!

OFFICIALLY LICENSED PRODUCT OF MAJOR LEAGUE BASEBALL PLAYERS ASSOCIATION - MLBPA trademarks and copyrighted works, including the MLBPA logo, and other intellectual property rights are owned and/or held by MLBPA and may not be used without MLBPA's written consent. Visit www.MLBPLAYERS.com,, the Players Choice on the web.

To promote Out of the Park Baseball 19 and grow its popularity (top games), use the embed code provided on your homepage, blog, forums and elsewhere you desire. Or try our widget.

Out of the Park Baseball 14

Out of the Park Baseball 14 is the 2013 version of the award-winning baseball simulation that GameSpot called "the best baseball management sim out there...

Graveball is a multiplayer game in which teams of goblins play an intense game of rugby while striking each other around the head and chest area with...

Virtual reality sailing racing game for HTC Vive. Learn basics of sailing, compete in races and relax on your own sailing dinghy. Grab the tiller and...

The Surfer® is a fun arcade styled surfing game for the PC. Experience the emotion and adrenaline of trying to qualify for the pro tour. The Surfer®...

Out of the Park Developments