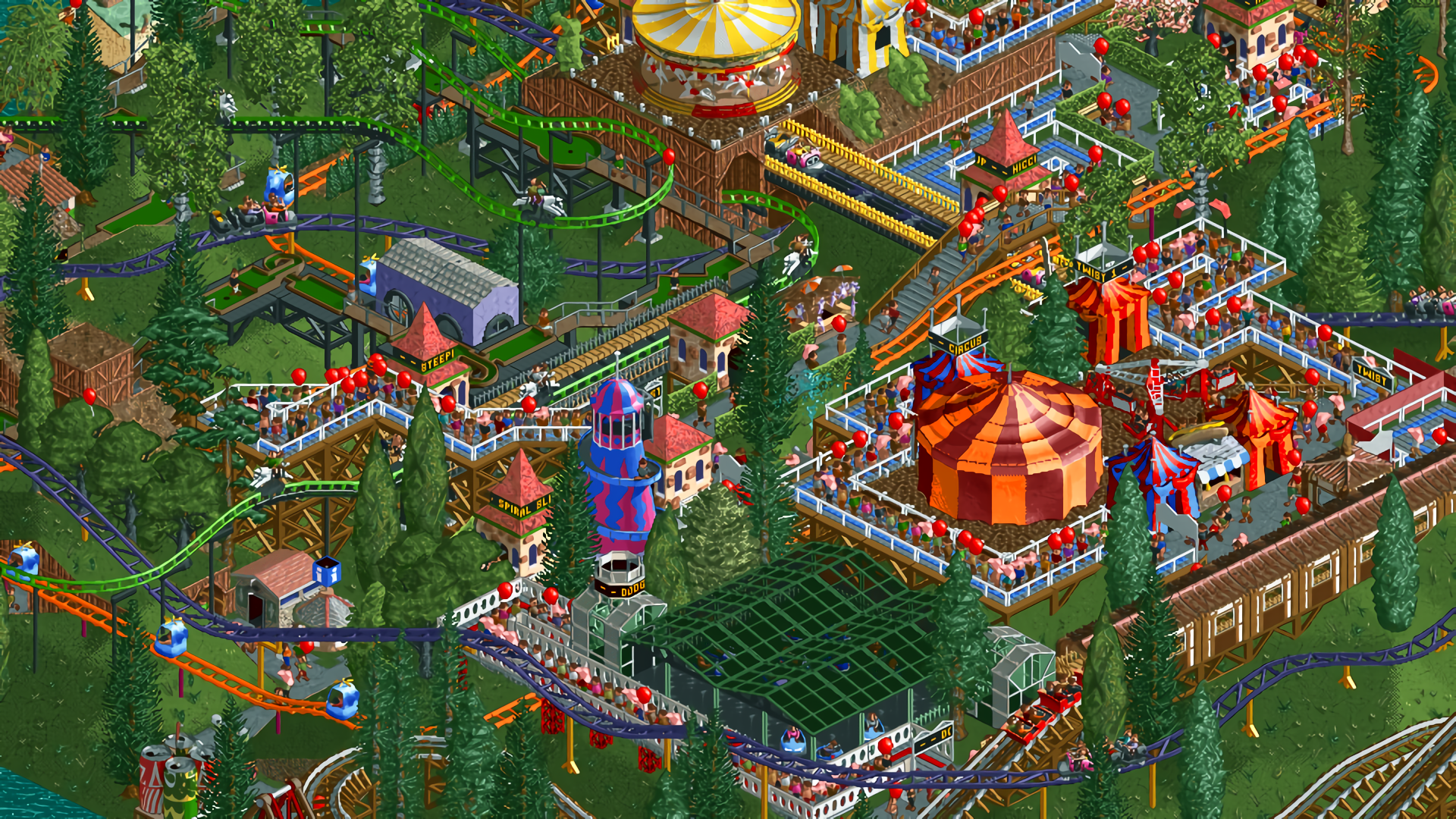 OpenRCT2 is a free open source version of RollerCoaster Tycoon 2. It is strongly based on the original game and therefore looks like, and plays like the real deal. The game is rewritten into a modern language allowing people to extend and improve the game. Just like what happened with Transport Tycoon Deluxe which got remade into OpenTTD through a similar procedure. OpenTTD now has thousands of new future-proof features and OpenRCT2 will walk that path too eventually.

The game is still in development and thus can be buggy – meaning it can (and will crash a lot). There is however a stable version (0.0.2) available to play more or less bug free, you do however need a copy of the original game. (You can buy it at Steam, GOG, or maybe even your local game store) You need this because OpenRCT2 uses the original codes if that part hasn’t been remade, and it also uses the original image files to keep the authentic RCT2 look we all love.

OpenRCT2 is the free open source remake of Rollercoaster Tycoon 2. The developers have taken the original game, decompiled it and rewrote everything into a newer language while making this code open source. This means other developers can now create plugins to extend the gameplay, or even port the game to other platforms. At this moment, the game is only (well) playable on Windows, but Linux and Mac OS support will soon be supported too.

Apart from creating plugins, recreating this game also enabled the developers to fix bugs from the original game or add functions from RCT1 which were not available in RCT2. For example:

The aim of the project is to decompile Rollercoaster Tycoon 2 completely into C, so that new features, new gameplay and cross-platform support can be added. Because the port to SDL2, the game can already be run in windowed mode. Additional gameplay, tweaks and improvements can and will be added as soon as full decompilation has been reached.

We also have a launcher which automatically updates your game to the newest version. Using our launcher your played minutes will get counted and synchronized with your account. You can also synchronise your saved games with our servers, so you never lose your gameplay when switching computers or after a hard drive failure.

To promote OpenRCT2 and grow its popularity (top games), use the embed code provided on your homepage, blog, forums and elsewhere you desire. Or try our widget.

Become a mechanic in the world of illegal street racing.  Buy used cars, repair and sell for a profit.  Work on 20+ types of car.  Develop a workshop...

Computer Tycoon is a business simulator PC game. In Computer Tycoon you replay the history of the computer industry by starting your own company in the...

The action takes place in the year 95, when the Internet companies began their development. You will also have to join this movement and your company...

Retro city building is back! As mayor, build your city block by block. Manage your citizens (silizens) with the help of deep statistics and analytics...

TubeStar is YouTube simulator where you manage channels and try to become an internet video star!