What has 50 amazing chiptune tracks, a loony story mode, 32 different chicken types to fight, and takes you on a tour of all your favorite retro games? It's Old School Musical of course!

Old School Musical is a retro rhythm game with a unique chiptune soundtrack that will send you back directly to the golden years of the 8-bit era. The main protagonists, Tib and Rob, have been trained to become video game heroes. One fateful day, their game gets corrupted by a bug invasion, thus pushing them to embark on an unlikely journey to find their missing mother and save our childhood games! Your skill, their success: miss notes and Tib and Rob's adventure will fall flat… Literally!

Have you ever played a rhythm game before? Well, this is like that, but much better! Swing a crowbar, shoot with your spacecraft and defeat an evil chicken army to the beat of chiptune tracks from famous artists such as Dubmood, Zabutom, Hello World, Yponeko and Le Plancton. Discover over 50 tracks, composed exclusively for the game!

What people are saying:

Get Old School Musical for FREE with Twitch Prime! 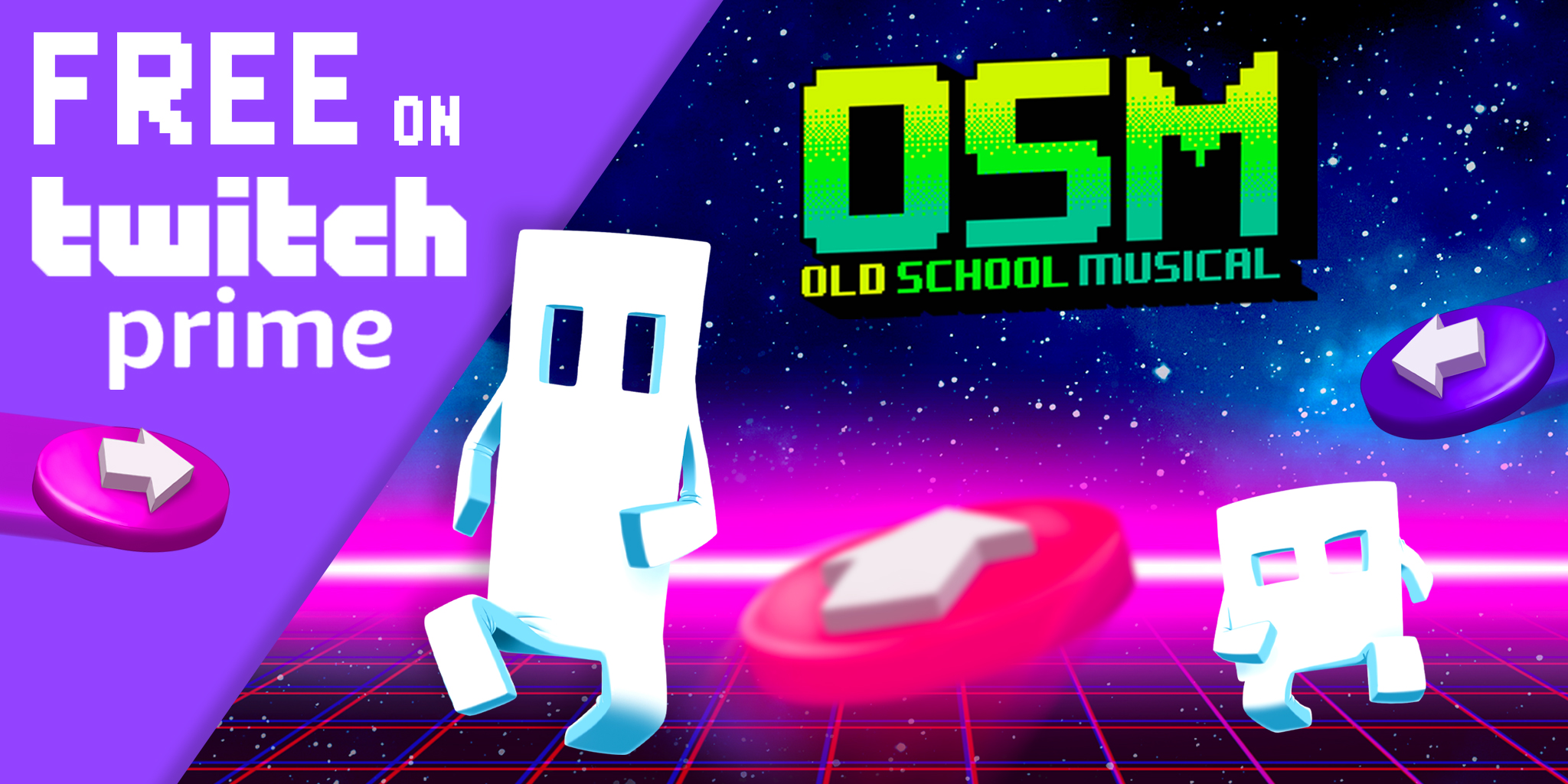 You don't want to miss what's coming! From today to May 24, Old School Musical is free for all Twitch Prime subscribers!

Old School Musical is a tribute to old school games from the 8bit /16bit era. Following the quest of two brothers looking for their mother, Tib & Rob, you'll go in a musical journey through 90'es video game universes.

For those who don't know OSM at all, check out our launch trailer:

You can also try Old School Musical: Pocket Edition on Android / iOS for free if you want to try without subscribing to Twitch Prime, watch the trailer here:

We hope you'll have a great time playing, feel free to follow Old School Musical on Twitter & Facebook not to miss news about the game ( we have a free DLC in the works ;) )

No country for old video games, really? Old School Musical is out now on Nintendo Switch and PC!

Learn more about the chiptune soundtrack behind Old School Musical

Stay in (chip)tune with the music in wacky rhythm game Old School Musical!