REbound: The Last Call is a FPSRPG set in a post-apocalyptic scenario, with some fantasy, scifi, and realism combined in one. You, the player; are a human controlling a duplicate of you in cyborg form that has the ability to level up skills, survive in harsh environments, kill other players, loot weaponry/equipment, and much more.

Currently many things are being planned out for REbound, you can expect a trailer in Late 2016.

It has been a while since this project page has gotten an article so I think it's time to really show what's going on with the project.

During the past few months I have been losing hope in the past project, not completely but I definitely had to change how I was doing things. So far, REbound has been doing amazing, development is going smoothly and everything from a trailer to contest entries have been planned.

REbound: The Last Call had a few past titles and actually had a team at one point; the titles were Fate of Glocken & Cyber Online. The projects were very similar to the current concept of the game, but they followed a realistic artstyle, which made things a bit too difficult for the team and myself.

Currently I am working on my own (and I enjoy working on my own, allows me to focus on just development rather than leading a team), and I have chosen to change the artstyle to a voxel/low-poly artstyle. The reasoning for this? Well, it speeds up development, the programs I use just makes the process 5x faster.

The concept is still the same as it was in Cyber Online; an open-world FPSRPG with full PvP, etc. but a few things will be changed for early access, etc. That information is to come soon, most likely during the Kickstarter/trailer release. 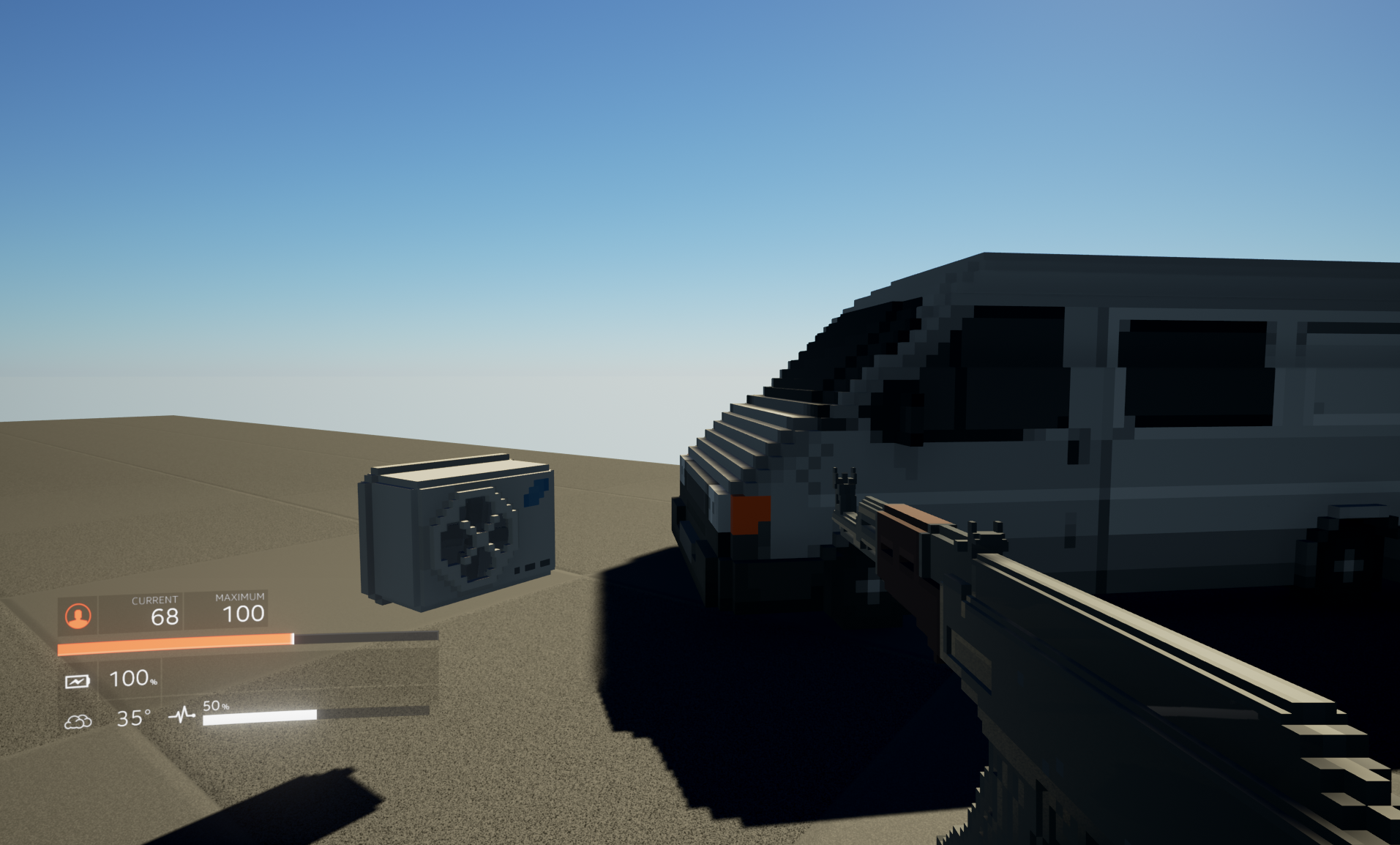 REbound will take all of the features of both past titles such as survival mechanics, some parkour mechanics, skills, and much more. I really hope this will pan out, and currently I am seeing it going well, the change of artstyle allows me to quickly create assets and work on things in the engine with ease.

REbound: The Last Call is planned to have a trailer this Late 2016.

Everything from the beginning of the redone Fate of Glocken. Character model, Inventory, Main Menu, and much more.

Many updates for Cyber Online, things like User Interface, HUD, weapon blueprints, and much more.

All the development from the past few days and the 24 hour livestream which we did to raise awareness for Child's Play charity!

is this still gonna be a mmo fps rpg type game?

MMO, not so much, depending on how funding/selling goes, etc. I'll be able to do some work to allow for large amounts of players; but yes, the game is still a FPSRPG, with skills, missions, etc.

so this went to generic minecrap voxel overused generic art. there goes my happiness and a follow

Well I won't exactly complain (as the game isn't a Minecraft artstyle whatsoever). Realistic artstyle is obviously not a good path as it would take way too long for the game to be made, so that is why I went with the voxel artstyle. Sorry for your unhappiness, hopefully the trailer will win back your faith. :)

I've lot of ideas concerning something GGO-esque if you want me to help, I'll do gladly.

Currently this is a solo project, but thank you for the offer! <3

can you elaborate on the game being more of an art project at the moment? Will there still be gameplay like you planned before, or will the game itself be more of an art tour through the world, showing off locations, while offering little gameplay?
I read that it still is a shooter, so I'm guessing you will still use the models from before, but will you also base it around the same concept, with the phaseblades, and the skills and things that you had though of earlier for the game you were thinking of making before(Cyber Online)?

Mostly for now it'll be more of an "art tour" but overtime I'll be adding the gameplay mechanics that I planned for Cyber Online. Things like skills, interacting with the world, shooting, crafting & customizing weapons.

The project is live again! Any of the comments found before this comment are old and outdated! Let the new comments come, if you guys have any questions or anything, please feel free to ask! :)