“Your gateway to another world populated by knights, monsters, kings and princesses... With Science. Honestly, yes,science. Well a faction of which is science, the rest is your dull medieval age. No, no, it's a matter of opinion. Don't judge me. Look, it's a game based off your RPG fantasies. You have your typical character, he or she will be able to explore this new land of which you have been recruited to fight for a specific faction of which there are two main ones. No, whatever you are thinking do not dare say it is cliché. Wow, you just did. Fine. I see how it is, then we will throw in a moral compass twist to see which is really morally right, for your likes anyway, and see who is the evil ones or good. Again... Just throwing out that it is YOUR opinion to whom you wish to side. Enjoy in your little reading and ogling at the pictures.” – Sincerely The Voice Inside Your Head.

The dark forest was the second land to grow, marking the trees the second eldest to all, not much was known about this forest as the Dwarfs at that time tried to stay clear of the dark looming aura about it, however that was just them being paranoid. The dark atmosphere was due to the mass of trees blocking most light coming through. It was also the first place most animals and insects took as their homes. Being left unkept the dark forest became the home to most dangerous creatures, among them were the giant insects and other predators, yet another reason to stay clear for the dwarfs. 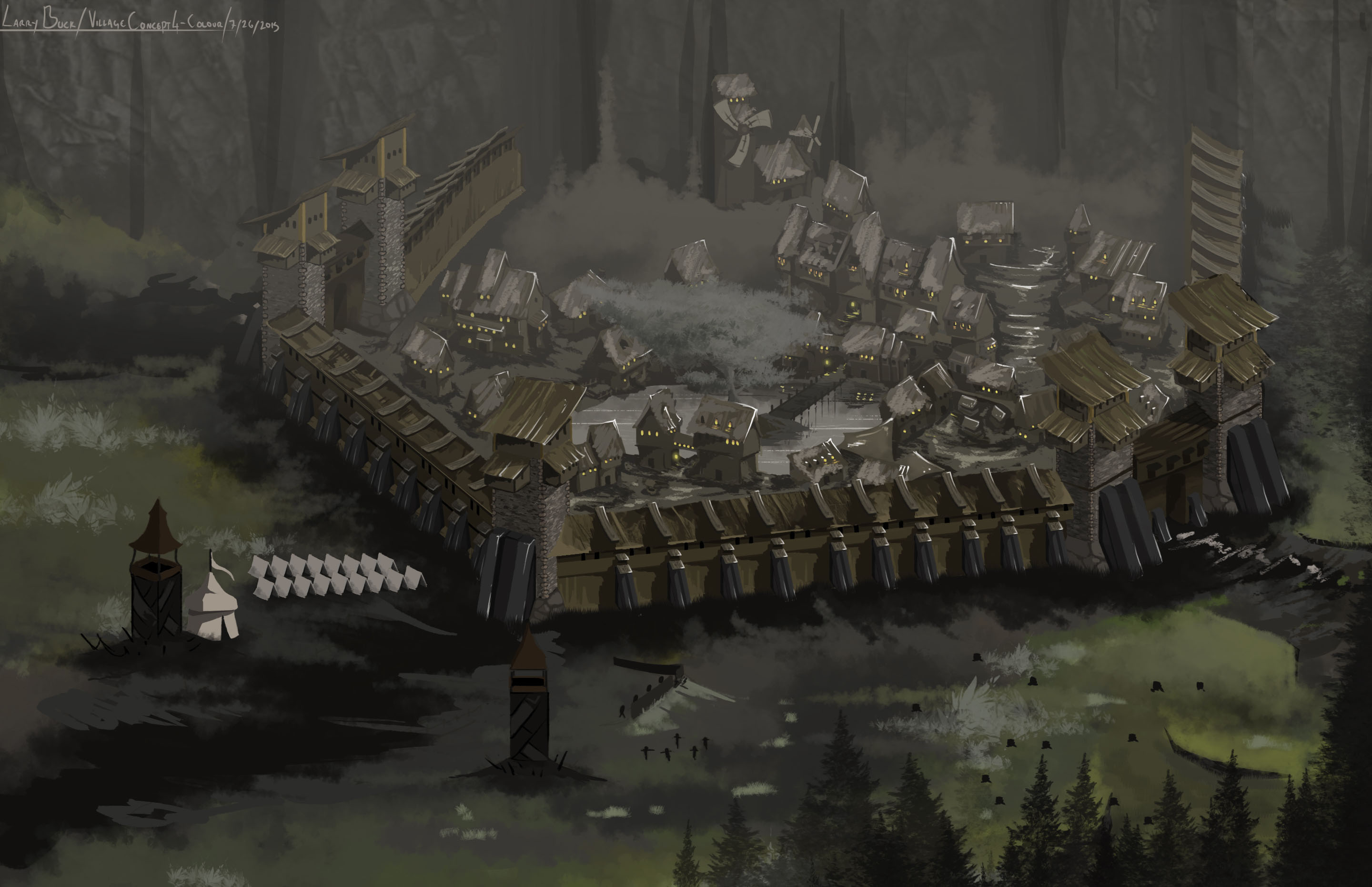 During the time of mass industry the Donsmokes had gotten rid of their superstitions and fears and marched forward into the forest, capturing many animals for their experiments, their most prized creatures they captured were of the guerillas. By capturing many the Donsmokes breed them in captivity, harnessing their strength and unparalleled power, training and using them even before the time of their machines to move large objects, however got replaced and kept in cages during their later years.

The Donsmokes rarely went into Duska, named by the permanent dusk atmosphere, as they had little to no use for the forest besides the occasional capturing of new species. They did not advance into proper mutations only after the invasion of the Philanthians therefore kept it slow. It was the least populated area in the entire region of Dondor. At some points having no dwarfs in Duska, almost abandoned.

Though then the Philanthians began their conquest, they had already taken Forestera and began moving into the autumn and dark lands. Though to the surprise of the Philanthians they were met with no resistance of the Donsmokes in Duska, as there were basically none. All the Donsmokes that had ran either swam through the nile or rushed to the autumn lands. Though this was perhaps the area that was one of the most troubling to get through. As the Donsmokes had very little weaponry, the predators in Duska had their own, spiders would attack groups of Philanthian soldiers, while guerillas would storm and smash through their formations with little fear, even other animals such as leopards and deer would be increasingly aggressive to the Philanthians. Though as the Philanthians would take Duska for their own, they had planned to tame the land and harvest as much wood as possible from the area, as it had plenty of old and strong wood.

With the breakthrough of mutations and the creations of many cross species, the most dangerous of the lot went directly to the Dark forest, trying to claim it as their home. Among these species of dangerous combinations, the Grulbok, half humanoid, half guerilla, had an eye on their previous ancestors home and began amassing larger clans in that forest, attacking the Philanthians with great aggression and primitive tactics. This had made Duska a difficult area to live in. 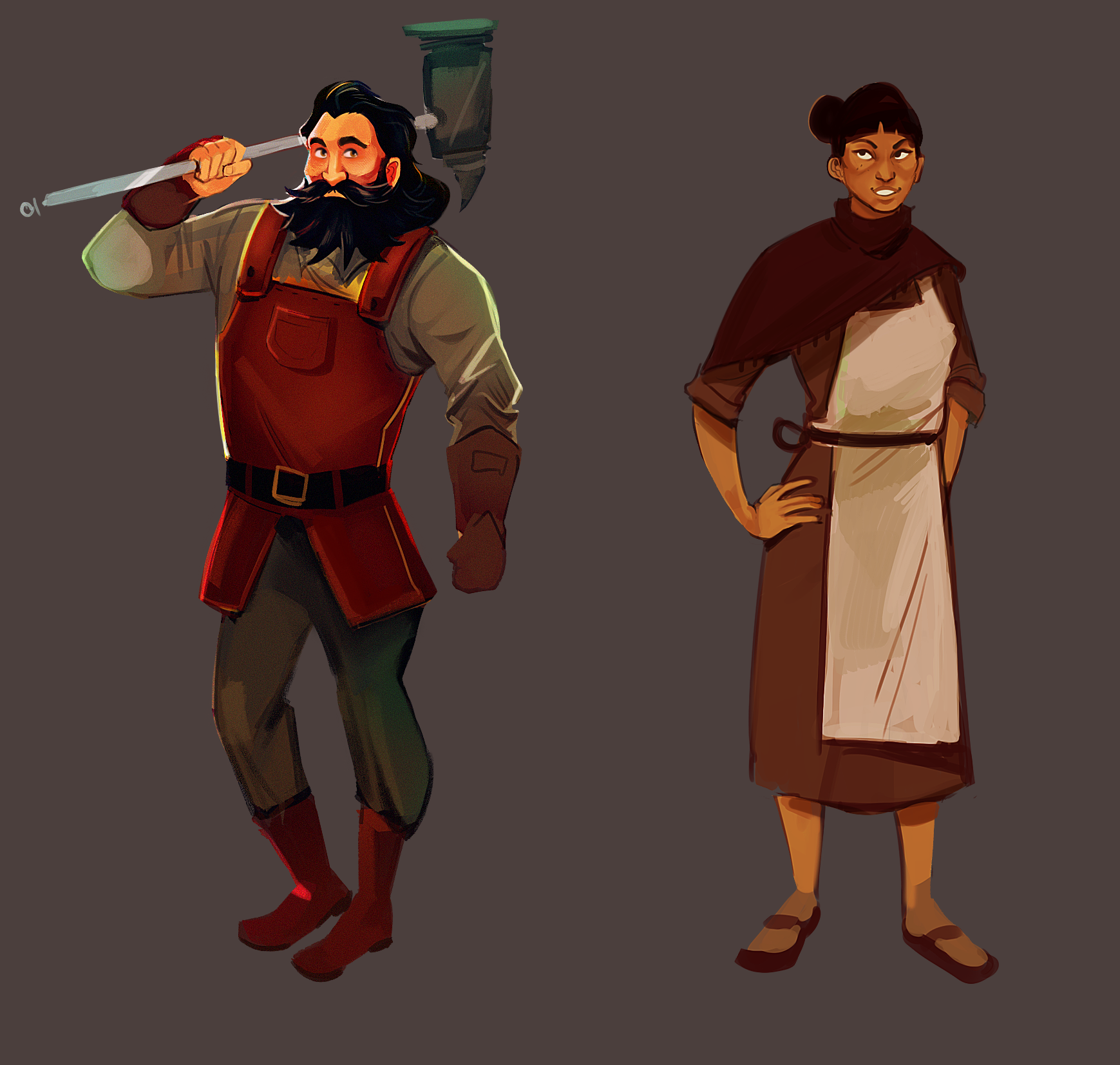 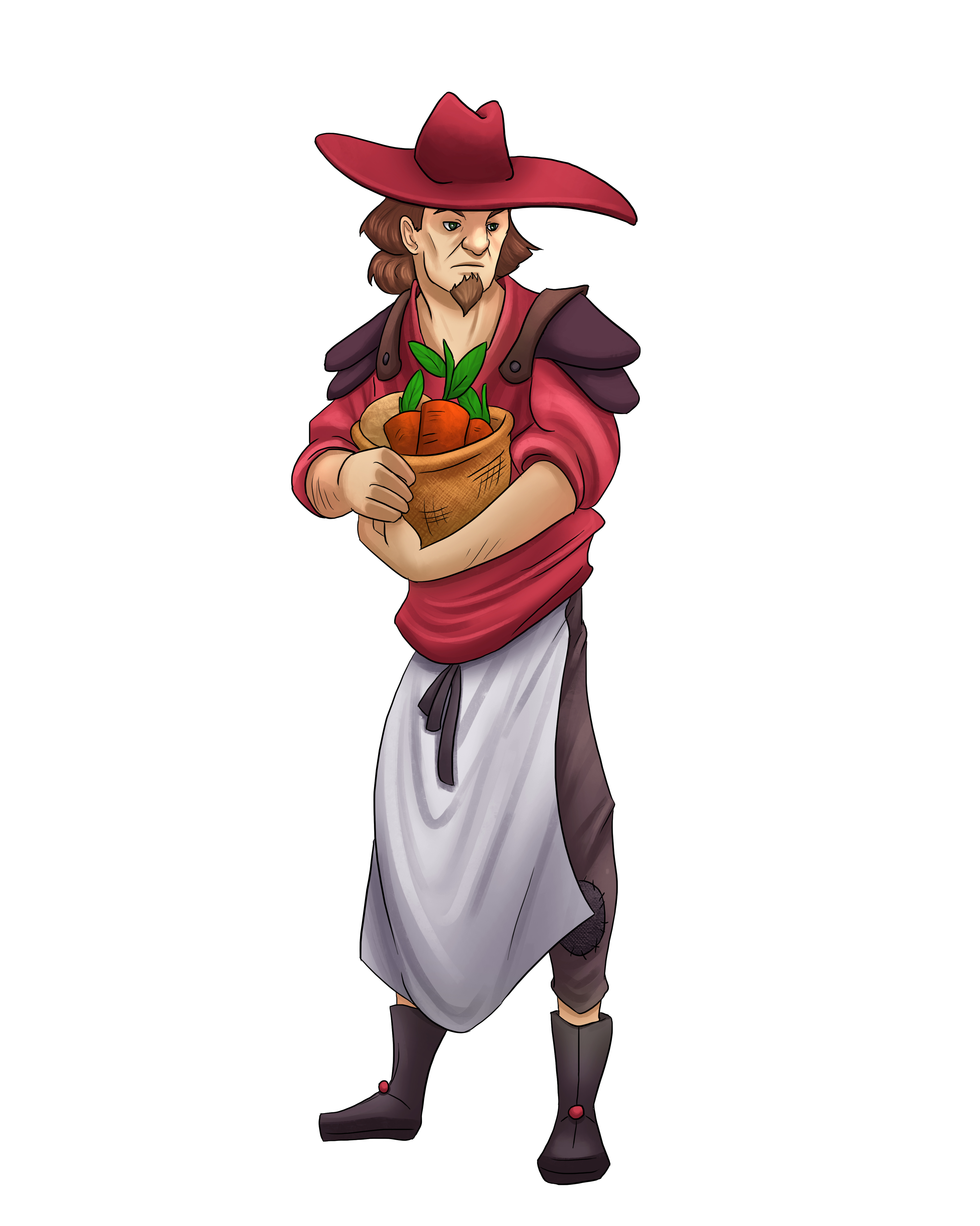 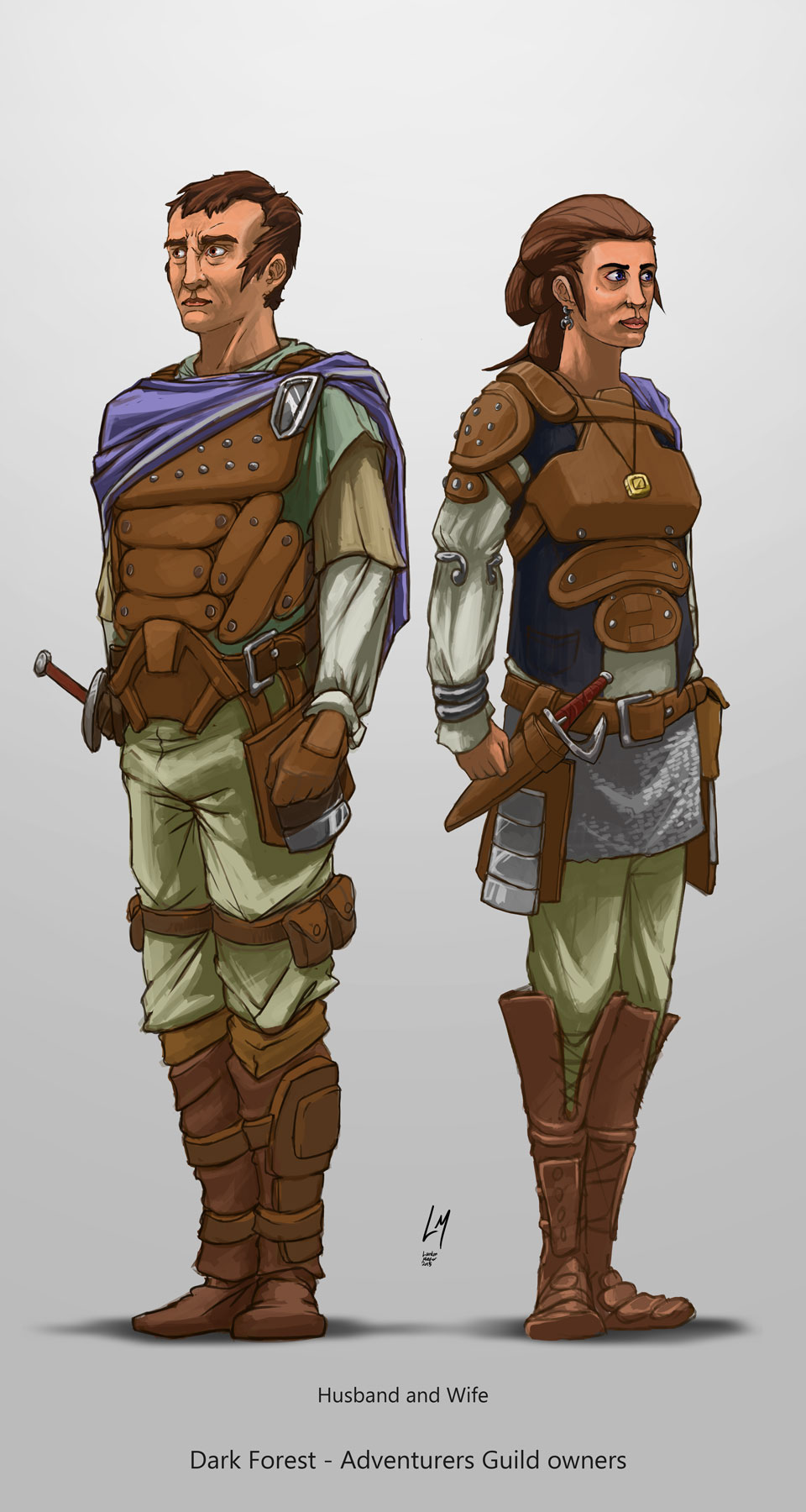 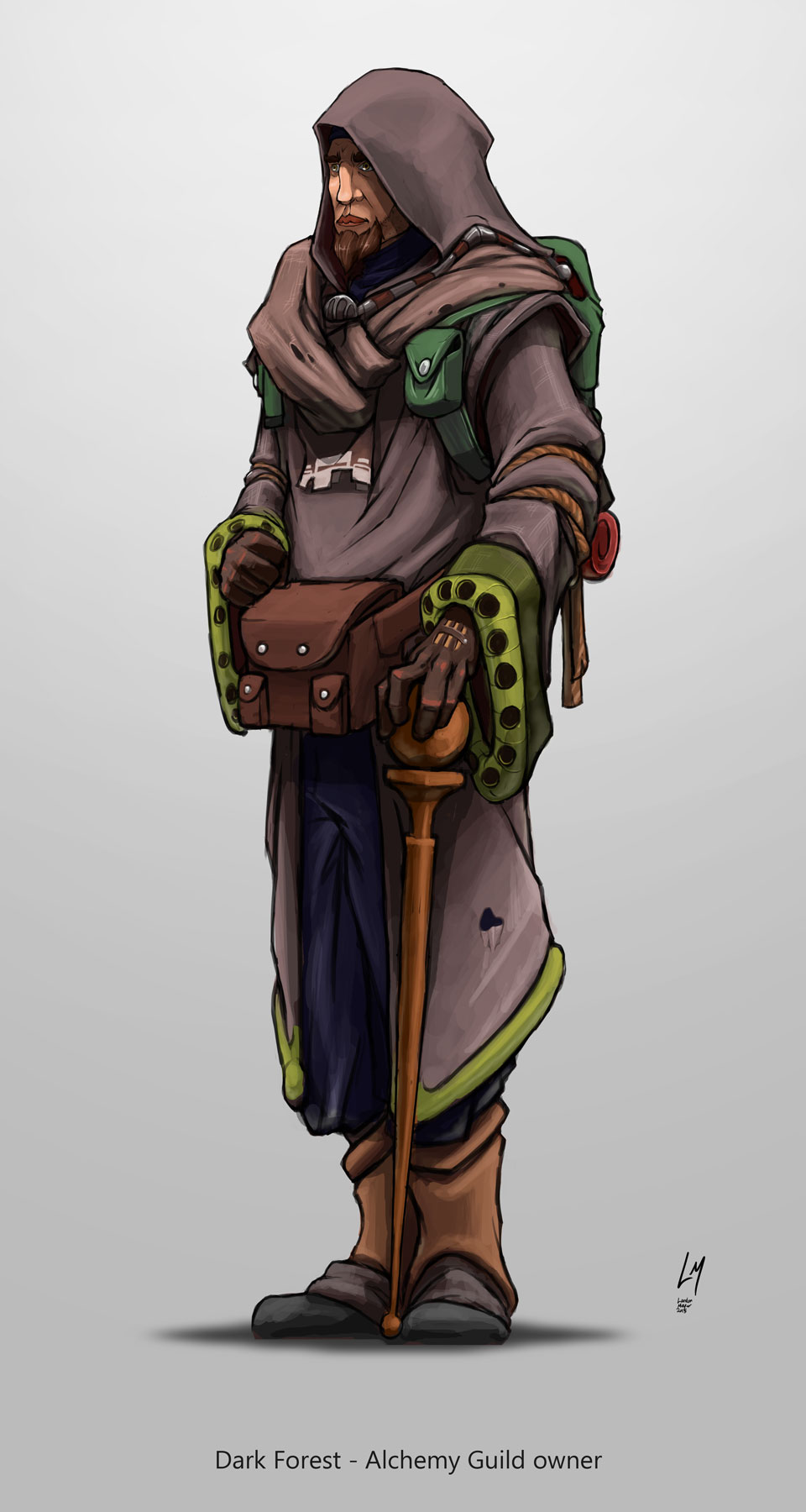 Currently Duska is one of the front lines of the Philanthian army as well as the greatest resource gainer of wood. With the large amount of lumber, this had giving the Philanthians the ability to build homes, furnish homes and trade to other lands beyond Dondor. It is also the area to which the largest clans of Grulbok reside and the area to which is the most dangerous to tread in the forests. Duska is also the area to hold the biggest fishing village on the Philanthian side, boasting a good amount of fish alongside the nile. The Donsmokes had tried to take Duska many times, however due to the darkness of the land as well as the dangers that lurk within the woods they struggle a great amount before they can attack the Philanthian city within Duska. 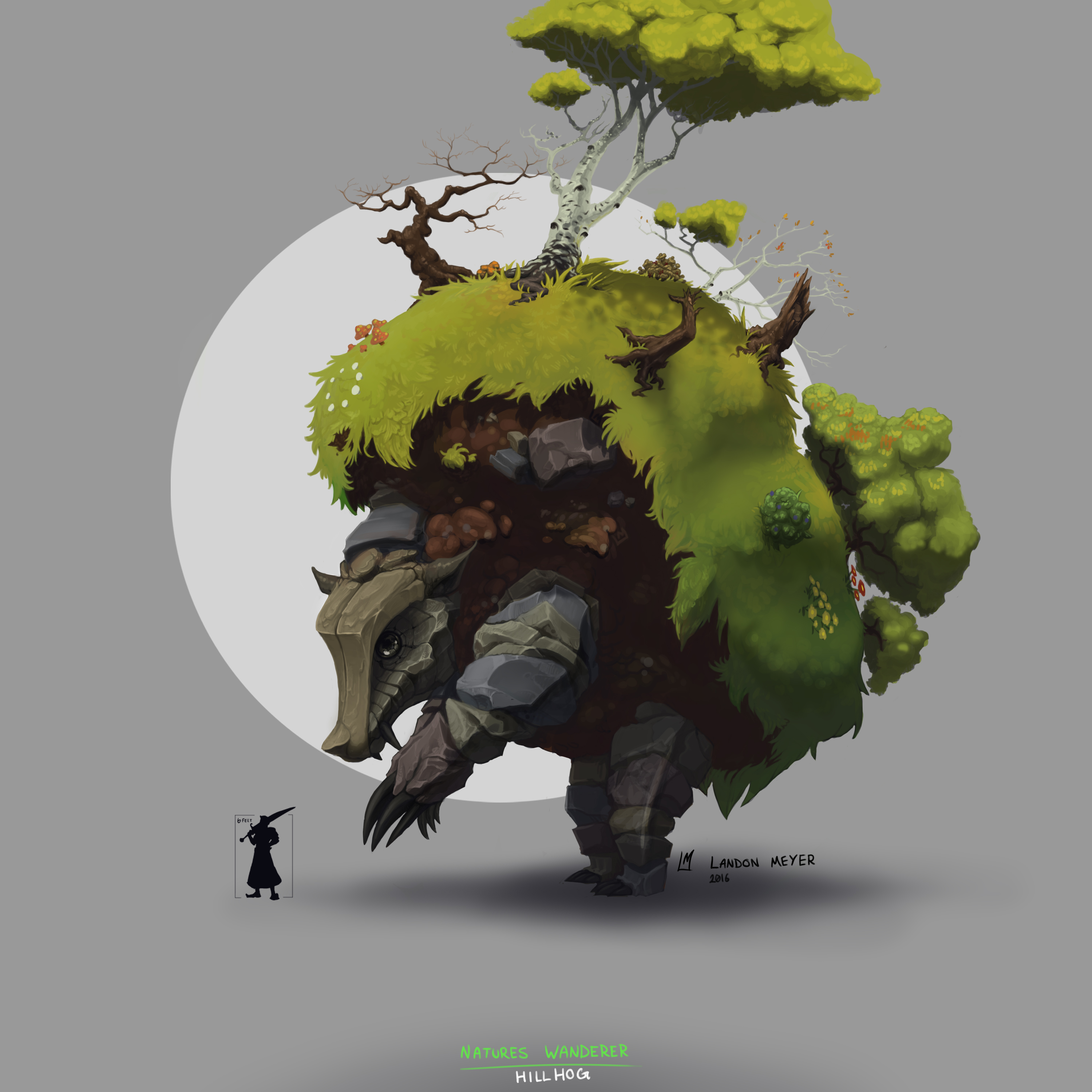 JACK NAIVE is a man of little words. Preferring to only converse with people interested in the weapons he sells. This seemingly shady weapons vendor is...

The FreeMen of Dondor AKA The Pryde of Dondor. Amongst the beautiful valleys, forests, and hills of the Philanthian lands, not all is at peace. Travelers...

Sword Skills, unique skills weapons to weapon you will learn and acquire throughout the game!

Hey guys, Today we talk about the reputation system and what its like. :) We will start doing weekly updates like a proper team also so start expecting...

Hey man, sorry we have just filled the position :) If in future we are looking for more guys ill give you a shout.

Hail Developer guy! Is the game still on?

Hi, yep its still strong as ever. Just spending more time actually being a developer. :D

What Engine do you use

Hey, Unity3d. You can find info on the engine for each title in the top right corner in the "profile" square for the project itself. :)

That storytelling had me going! Amazing!

Thanks thanks! That's good to hear :)

Good to hear! We should be updating a few more things shortly. :)