Rise of Legions is a free-to-play castle siege RTS set in a rich fantasy world. Collect dozens of powerful units and devastating spells to build your deck. Play competitive matches and take on fierce bosses in PvE challenges.

Ascend to the next Tier, plan your strategy, craft your Deck and crush your enemies!

The White Legion's main gameplay mechanics and combos feature a variety of healing and shielding spells that can be targeted at multiple units at once. Overwhelm your opponent with masses of archers and knights and make them survive to the last minute in order to turn the tide of battle.

"Lead an army of vivid plants and ancient trees into battle. Root your enemies and drown them in a flood of saplings. Evolve them to become stronger."

The Green Legion's main gameplay mechanics and combos feature a variety of heal-over-time effects, rooting your enemies in place and last but not least, hordes of Saplings that can be evolved into powerful creatures.

"Freeze your enemies and drain their life. Creatures from the void gather souls to unleash sinister abilities upon their foes."

The Black Legion's main gameplay mechanics and combos feature a variety of freezing spells and abilities, as well as ripping out the souls of enemy units in order to trigger powerful passive abilities.

Thanks for voting and helping Rise of Legions on it's quest to become the 2021 Indie of the Year. You are now in with a chance to score some free games. Help this game secure more votes by embedding the widget (or link) we have included below on your favorite sites.

Rise of Legions - Out NOW on Steam

Rise of Legions, a unique mix of MOBA, tower defense, and deck building, was released on Steam on February 22nd!

Rise of Legions is Broken Games' first release. It's a castle siege RTS based on the old Warcraft 3 mod "Castlefight" and features 1v1 tug-of-war gameplay and deck building, with intense matches that take only 10 minutes to play. The game has a gentle learning curve, with mechanics that are easy to learn but hard to master, and also offers PvE challenges as solo player, or co-op with a friend! 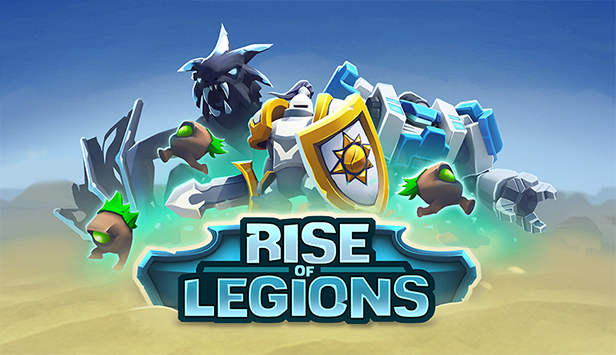 Check it out on Steam:

Tags
Embed Buttons
Link to Rise of Legions by selecting a button and using the embed code provided more...