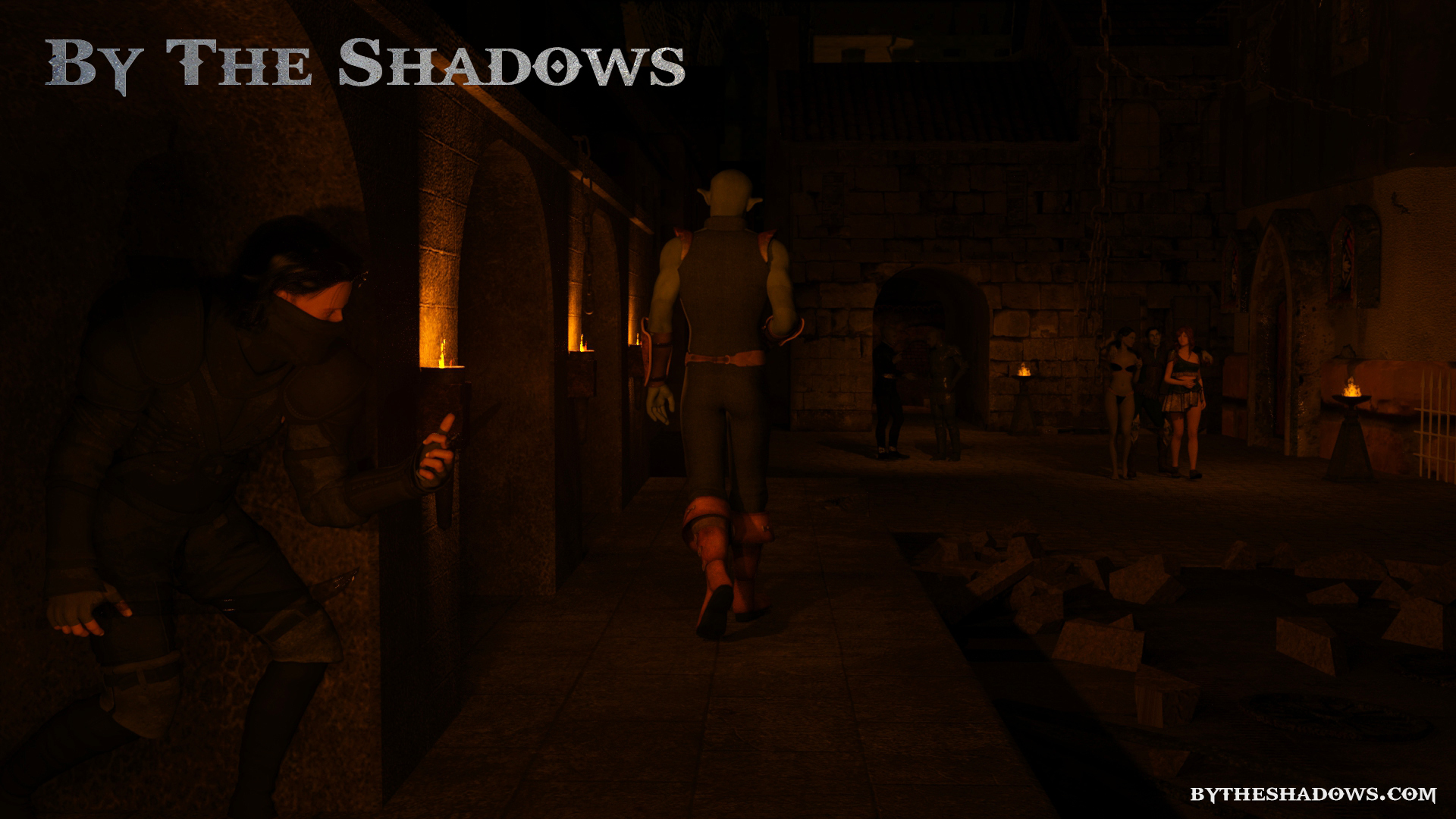 Flames. Azerheine is in flames.

United after three thousand years of disharmony, the tribal creatures of the north, the Orcs, the trolls, and the goblins, have gathered under one banner, and formed a Triumvirate army. Another enemy has united them. They have remembered who first forced them to live in the desolate north. Who defeated their ancestors and who still look down upon them today. Their army has been formed with a single purpose - to eradicate the world of man and elf.

Striking quickly, the fires of war have swept across the land, desolating everything in its path. Neither humans nor elves have won a single battle. As each castle falls, the conquest of Azerheine becomes more of a certainty.

Desperate, leaders amongst the humans have sought help from across the ocean, reaching out to a legendary, but mysterious group of killers - the lightless assassins. They can only hope that their help will not arrive too late.

By the Shadows is a first person fantasy, RPG stealth game. Taking on the role of a lightless assassin, you are tasked a mission to travel across a continent and end a war that threatens every being that lives there. Choose your path as you discover that every choice may have a consequence, and not just for the enemy in front of you.

​- As a lightless assassin, you will be equipped with a selection of powers allowing you to command the shadows.

- The game will feature player character customization. You will be able to choose gender and skin tone. There will also be many choices throughout the game, which affect the personality of your character.

- Skills customization will follow a traditional path of collection experience points, which will then become new skills point once a certain amount has been reached.

- There will be two different and distinct endings to the game, each depending on your actions throughout the game

- There will be six possible romance subplots for the player, four for each gender (two of the characters will be open to either gender).

- The game will take around eight to twelve hours to complete, depending on how thoroughly you explore everything. 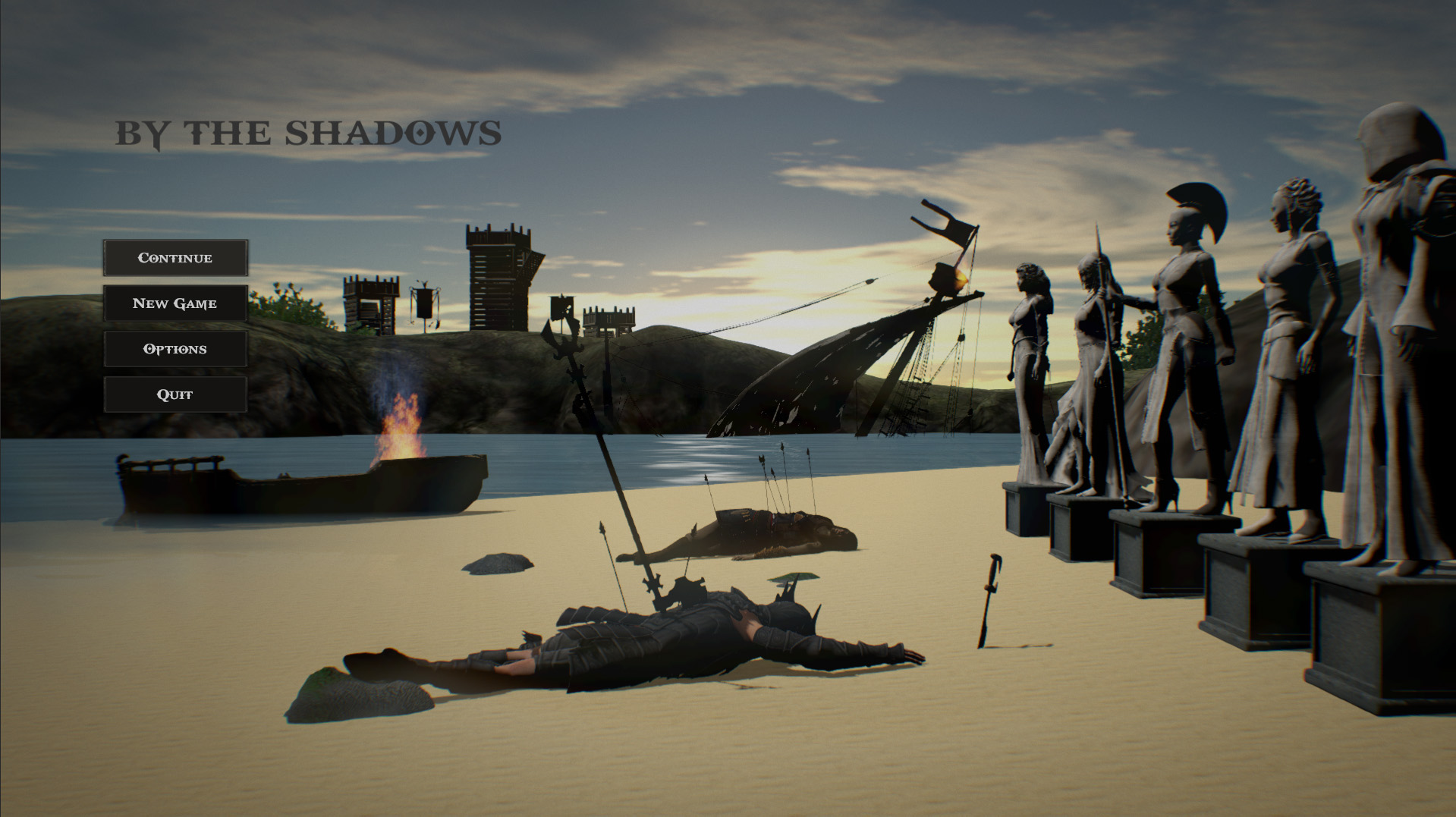 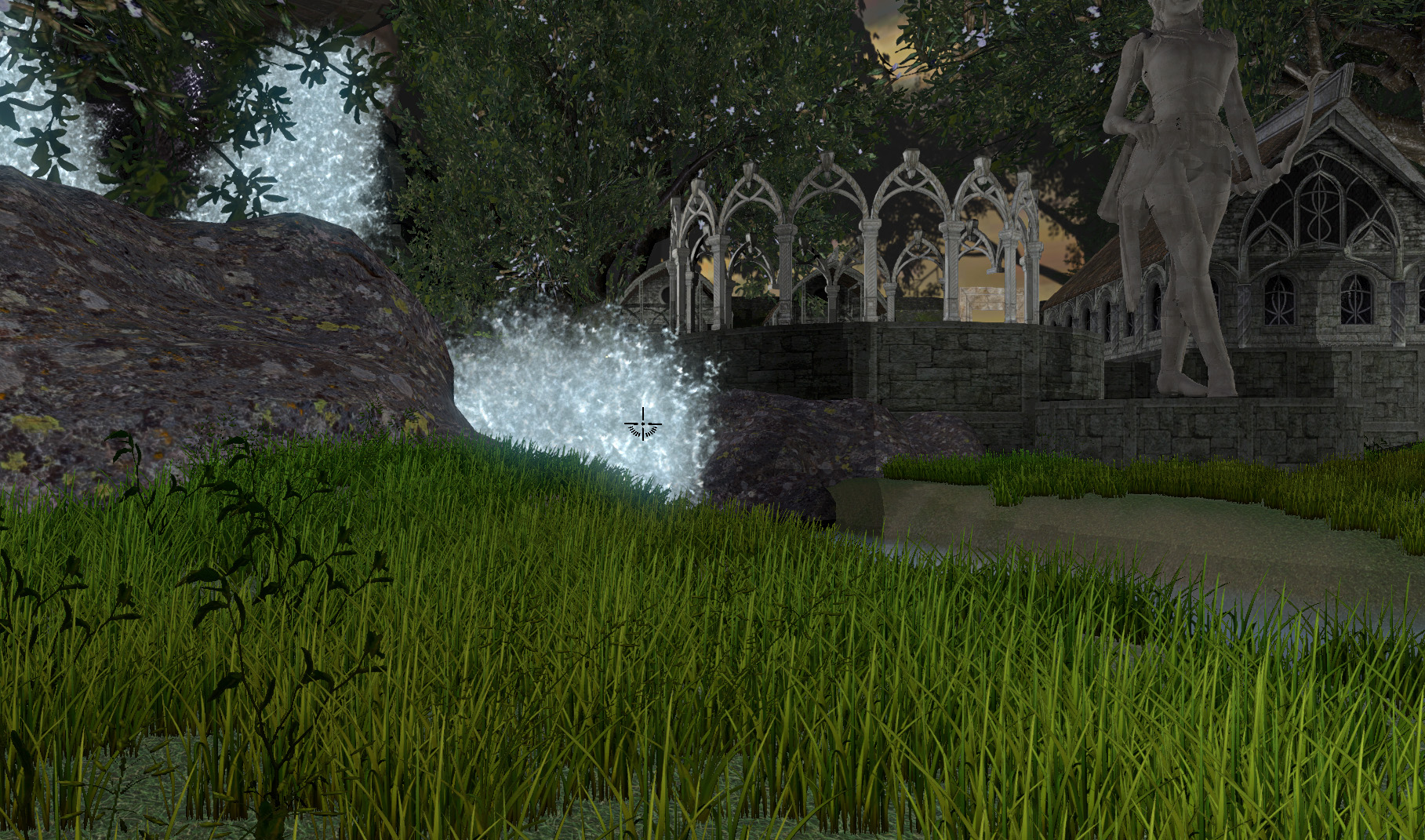 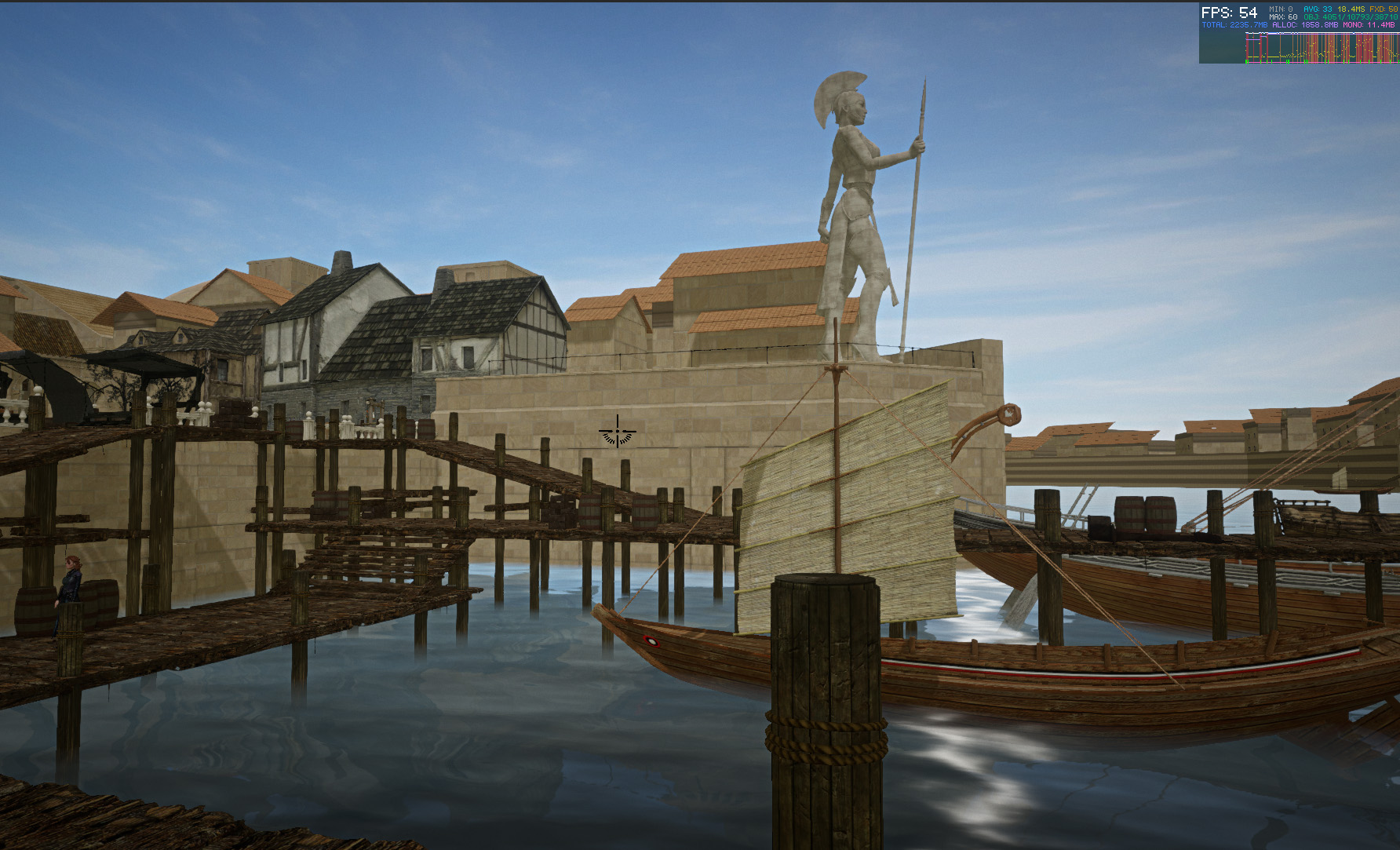 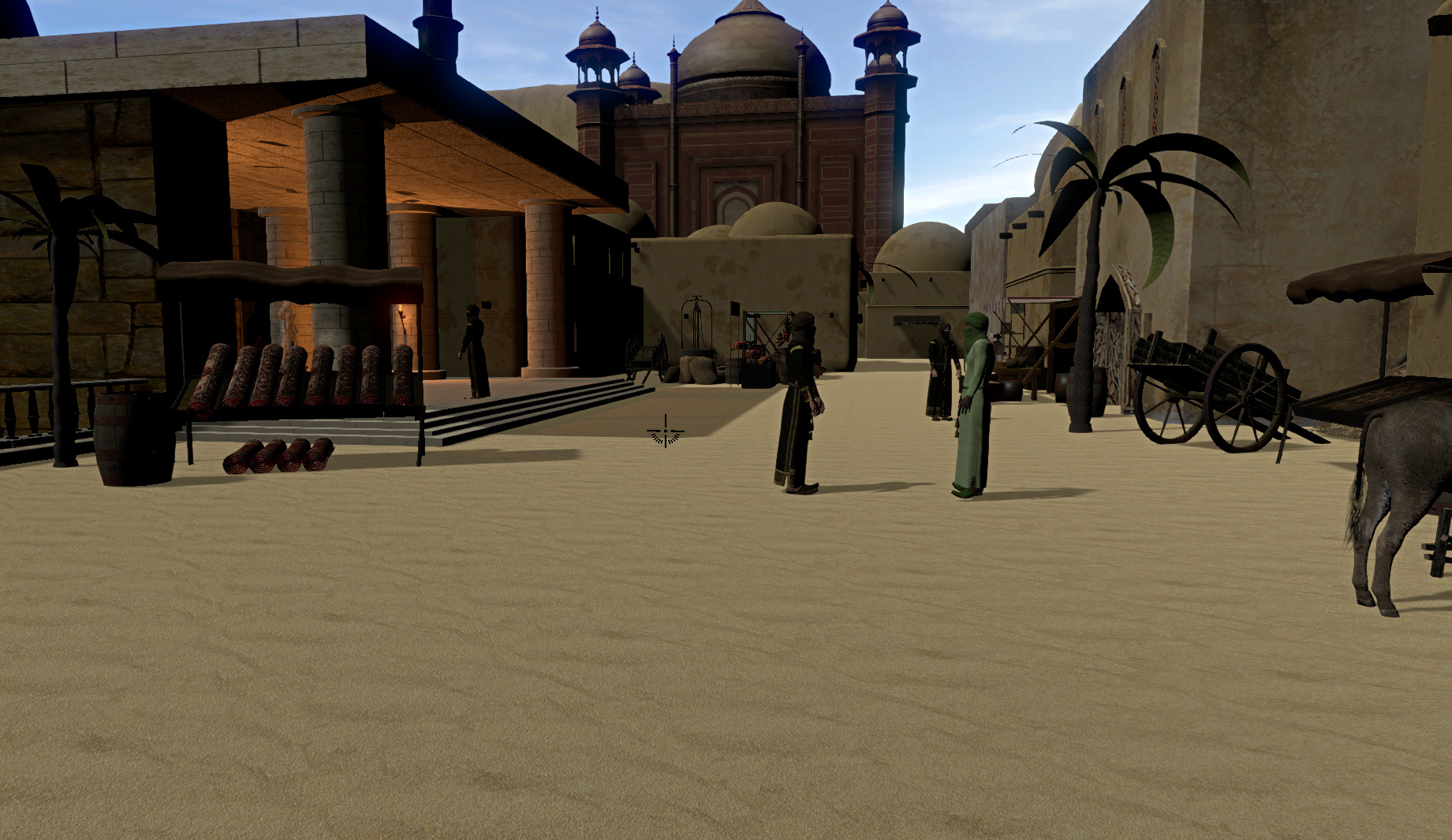 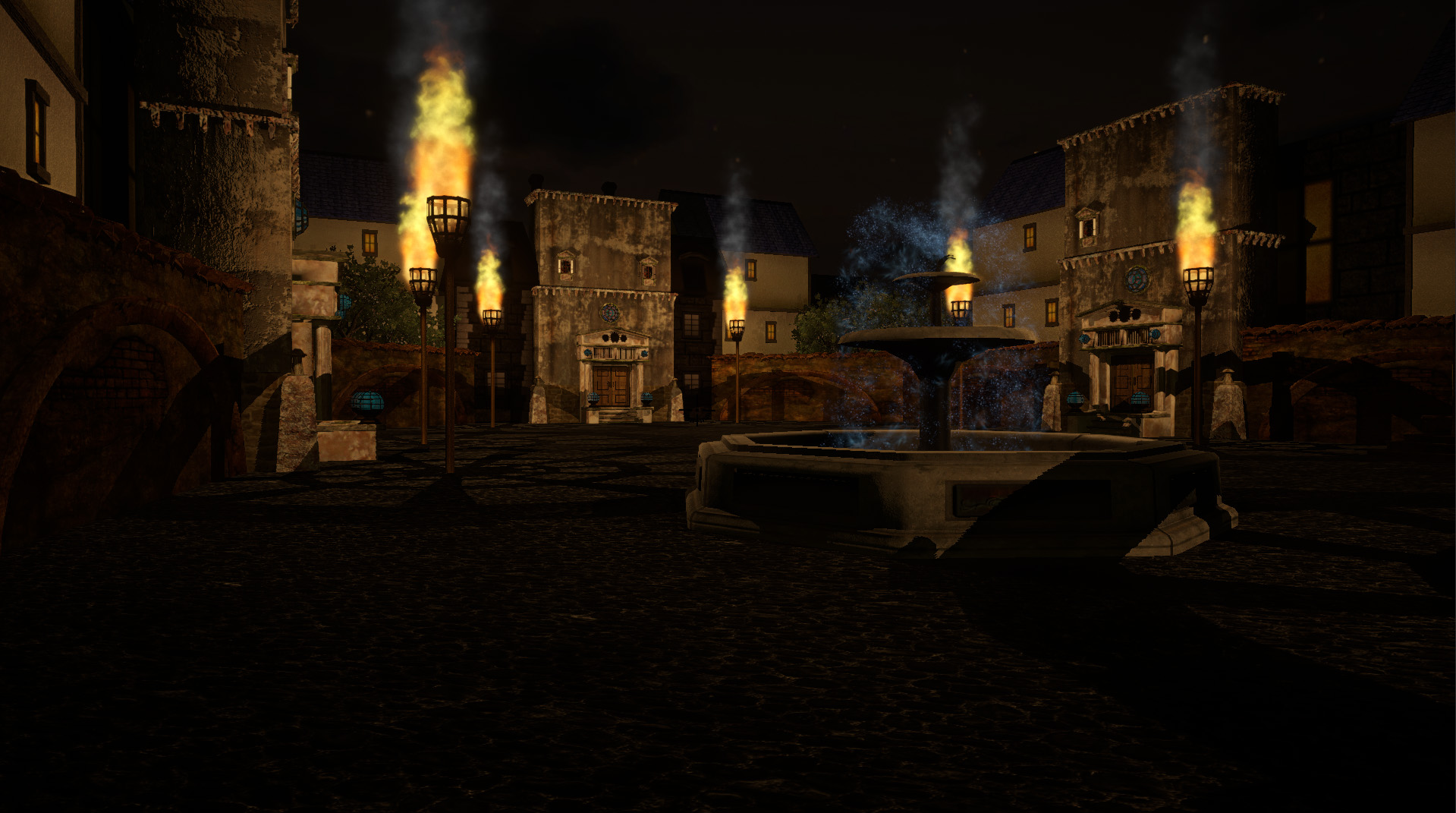 To promote By the Shadows and grow its popularity (top games), use the embed code provided on your homepage, blog, forums and elsewhere you desire. Or try our widget.

Realms Beyond: Ashes of the Fallen

Realms Beyond is a classically inspired fantasy role-playing computer game with turn-based combat and a party system that allows you to control up to...

A third-person fast-paced ARPG. Customize your female warriors and bring them to the most brutal combat. Slash your enemies into pieces, gut them, and...