Thanks for voting and helping Montague's Mount on it's quest to become the 2021 Indie of the Year. You are now in with a chance to score some free games. Help this game secure more votes by embedding the widget (or link) we have included below on your favorite sites.

The last month has seen a hive of activity getting Montague's Mount ready for its release. My previous 12-hour days turned into 14, and my family became a distant memory. Being away from my workstation for a week whilst at the Eurogamer Expo didn't help this, but more on than later.

So we are finally here... release day!

Just over 18 months of development and the end (well, the Oculus integration is going to take another 4'ish weeks) is now just one more sleep away.

So how am I feeling? I have been asked this a few times this week, and I think it is a mixture of relief, excitement and nervousness. As this has been a solo development project that has taken away my life completely for so long, it is a relief to finally get it completed (there were a few times along the way when I doubt this would ever happen). Everyone wants their games to do well and be kindly received, and ever more so for solo devs who have injected so much of their souls into a project.

Montague's Mount currently has a pre-order offer on until its official release tomorrow, so if you want a saving head over to GamersGate, GOG or GetGames ($7.99/€7.19)...

We also have a Greenlight campaign in progress with the aim of getting Montague’s Mount onto Valve’s Steam portal. We still need your ‘votes’ and ‘follows’, so if you could just take a second to head over and show your support that would be fantastic. With your help we will get there.
Steamcommunity.com

We took Montague’s Mount to the Eurogamer Expo in Earls Court, London. The reception we received there was amazing, especially with the Oculus Rift demo build being ready just in time (the day before to be exact – nothing like cutting it fine!). People happily queued for the best part of two hours to get their hands on the Rift and their first excursion into the VR world of Montague’s Mount.

Apart from a small case of food poisoning, it was a brilliant 4 days spent with great friends in the UK’s capital. 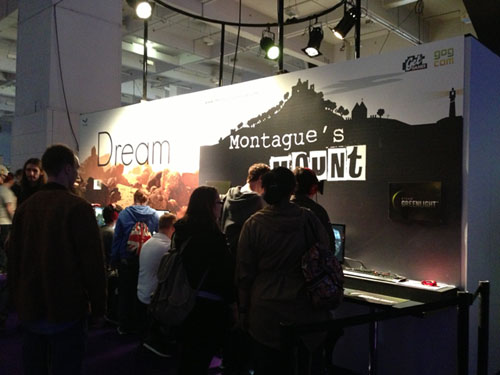 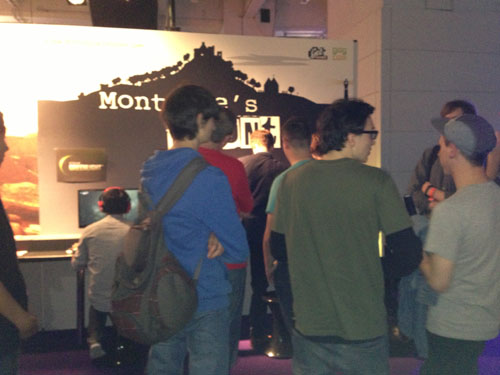 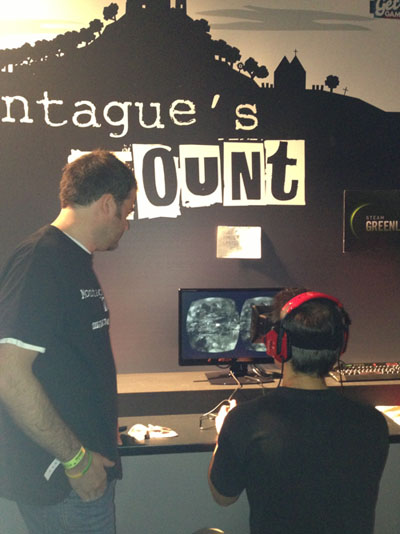 This week has seen the start of the Montague's Mount Oculus Rift integration.

Well Rezzed is now over and what a fantastic weekend it was! Here is how it went, teaser trailer, Greenlight and more...

It has only been a couple of days since the last update but quite a lot has happened in the world that is Montague’s Mount. 1. Localization, 2. Save...

It has been a period of much activity since the last update. Here is just a brief look at what has been going on with Montague’s Mount: 1. Visuals and...

The project is dead? And the game it's awesome.

No, we are not dead. Announcements coming within the next few days... stay tuned!

looking great! tracking, by the way is the beta version going to have a linux version available?

We will certainly try and get a Linux version out at the same time.

Looks nice. Don't make it look too nice though. Unity hates my PC.

We are aiming to make the environment as realistic as possible. That said, I have written some nice optimisation routines and will make sure everything is as 'streamlined' as possible ready for release.

Just an EPIC project. Will show this to all my 10.000 subs on YouTube. keep it up please