Mondrian's back & he's taking his friends for a time-tripping, brickbreaking spin through the Plastic Reality. Explore hundreds of ever-changing levels, compete on Leaderboards, build a Museum, and share your own creations via Mondrian Maker and Steam Workshop. The canvas is waiting.

Mondrian's back, and he's taking his friends for a spin through the Plastic Reality. In this sequel to the award-winning Mondrian - Abstraction in Beauty, you play as five great 20th Century artists as you uncover the lost masterpieces of the Modernist movement. Mondrian's orbital brickbreaking gameplay returns with all new additions, improvements, and challenges; build your own Art Museum, a hub world for your artistic collection; and create levels to challenge your friends using Steam Workshop and the all new Mondrian Maker level editor. The canvas is waiting, are you ready to explore its mysteries?

Jump into paintings to discover lost works of the 20th Century, build your Art Museum, and make new friends on the way. Storyline episodic content is released for free, and side stories/exhibits cover the works of independent artists from around the globe.

Mondrian - Plastic Reality takes classic arcade, brickbreaking gameplay and gives it some serious twists. Orbit around levels that run the gamut from traditional, abstract block forms to recreations of Renaissance masterpieces. But be careful, there are no second chances, and losing your ball means getting tossed back to the Museum.

Feeling creative? The included Mondrian Maker level editor lets you create your own Mondrian levels in seconds! Take a few minutes and make them crazy challenges for your friends or highly detailed artistic works (or both at the same time). Play your level in Test Mode and design thumbnails (or prints and social media posts) in Mondrian Studio to share on Steam Workshop! See the Anyone Can Create section below for more info.

Play over 100 levels in any of the game's Quick Play modes, including Endless (no punishment for losing), Gem Hunt (double or nothing in between rounds), and Arcade (compete for Leaderboard spots) modes. Choose from five different characters, adjust Options and accessibility settings, play levels, build worlds, and experience art from every possible angle.

Challenge your friends or create stunning works in Mondrian Maker and Steam Workshop. Build your own Art Museum. Discover works from artists worldwide in downloadable exhibits (coming soon). Take part in creative events like Makersmas that celebrate creativity in all forms. Join the community, express yourself, and be a part of the Plastic Reality family of artists today!

Always wanted to try your hand at art or level design but could never get started? Mondrian - Plastic Reality comes with TWO design suites to help you get in touch with your creative side.

Share your creations on Steam Workshop in just a couple clicks, right from inside the game. With Mondrian Maker and Mondrian Studio, we truly believe anyone can create, and we can't wait to see what you come up with!

All owners receive Mondrian Maker AND Mondrian Studio free of charge. We encourage you to build and submit levels on Steam Workshop!

Looking Ahead - Mondrian Plans for 2022 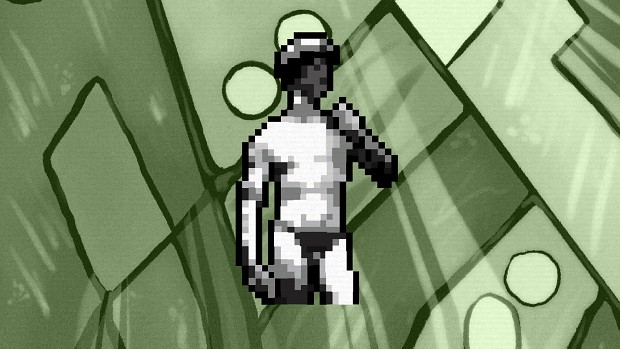 Happy New Year to all our wonderful artists! 2021 was filled with trials and tribulations, but it's tough to be more excited than we are about where the last year took Mondrian - Plastic Reality. Here's just a little summary of everything that happened with the game in the last year:

With such an enormous year behind it, how could we possibly top it? Well, there are two - just two - high priority goals we have for 2022: 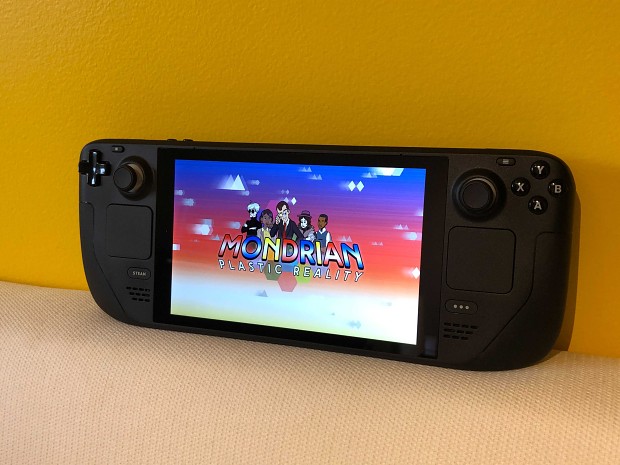 Two more endeavors this year include the DLC galleries and a demo version. While both are still in a very early, pre-production state, they both fit with our mantra of making creativity as widely available as it can be. The tricky part is that the demo version does need to include regular gameplay, Maker, AND Studio, so the current plan is that the demo will include ~10 levels, Endless Mode, Mondrian Maker without the Open Level window, and Mondrian Studio with a watermark and corner logos forced on. However, it will also be fully compatible with Steam Workshop, so any levels you want to share, you can, and any levels you want to play in Endless, you can play. While it won't be possible to play these levels in Test mode since Mondrian Maker won't have its open window, you will be able to test out anything you make, and get back to it if you purchase the game or... just never close it. 😂 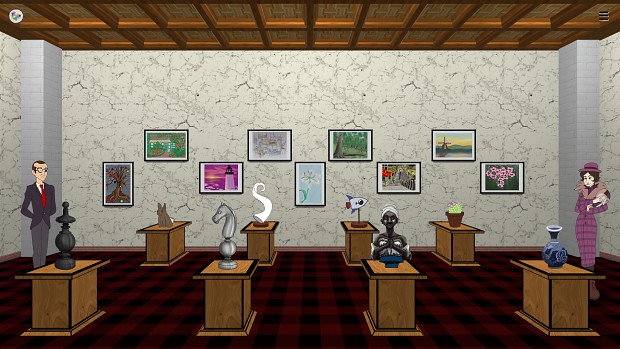 Ideally, this demo will be more like a Free Version than just a demo, and kept up-to-date with the Premium version of the game. Expect more news on this very soon!

The keen-eyed among you probably noticed a pretty sizeable patch was pushed this morning. The game has indeed been updated to version 1.0.10f9! This will be the last addition to the Anniversary Update Movement, with the next Movement due out later this winter/early Spring. This particular patch has some exciting new additions to Mondrian Studio to help you mix up your thumbnails even more, and of course requisite bug fixes and adjustments. Plus, we have updated the core game engine, to help with text rendering times. 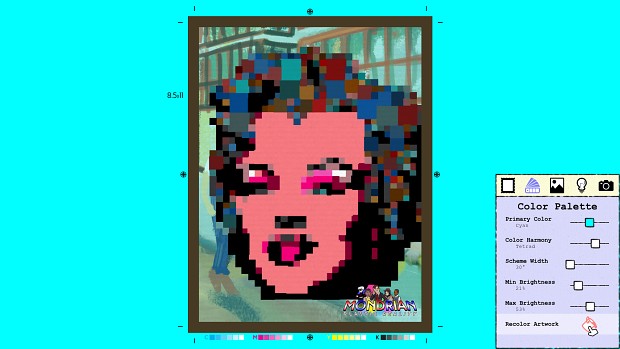 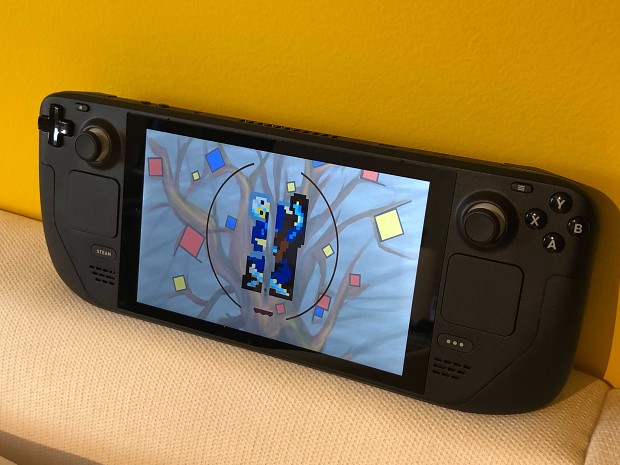 Now that the New Year has hit, it's back to the grind. Top priority is getting that Steam Deck verification as quickly as possible, while also trickling out other updates and keeping up support as we've always done. While there is no specific roadmap for 2022, there's lots to do, and all of it doable, but we'd prefer to do it with your help, so please make sure to Like and Share this post, buy a copy of the game for a friend while it's still on sale (Winter Sale ends Wednesday!), or grab some merch off our Redbubble.

It's the most creative time of the year. Come learn about all the exciting things happening this month in Mondrian - Plastic Reality and in the Lantana...

Halloween Season has arrived, and Lantana Games is celebrating in style! From now through October 31, Mondrian - Plastic Reality players can submit Jack...

Submit your Jack O'Lantern levels to Steam Workshop for a chance at great prizes!

One Year In! Happy Anniversary!