Build the ULTIMATE arena champion from a massive arsenal and compete for rank against other players in the tournament of the Veil!

*Update 5/26- In-game incentives for community creation and submission of exceptional models, sketches, or concepts including the creation of in-game ship and weapon company partnerships.

*NO PAY TO WIN

*Battle against the simulator to test the effectiveness of your design.

Destroy the competition in a brutal dynamic arenas with interactive traps and hazards With a major focus on diversity of ships and equipment, you're free to experiment and design your own play-styles and strategies without major restrictions.

To promote Metal Horizon and grow its popularity (top games), use the embed code provided on your homepage, blog, forums and elsewhere you desire. Or try our widget.

Cyph is a cyberpunk indie game where players will have to complete missions attempting to avoid triggering alarms that spawn waves of increasingly difficult...

In the year 2056, a global epidemic occurred, a deadly virus was spread across the Human Race. This virus has cut the average lifespan of the Human race...

[stranded] puts you in the work-boots of Theodore O'Hare, Cargo Officer of a military transport vessel. Stuck on an unknown planet after your ship is...

You a clone, spawned by an A.I. on an mission to save an alien planet from an invasion. Control a customizable mech, gain levels, perks, find loot and... 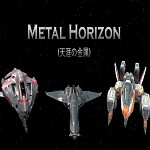