Control the forces of the enlightened beings of the aurora system and fight creatures called “Dark Ones” who wish to consume the light in the universe.

Stars Wagon is a fast paced scroll shooter game set in the space; its game mechanics involve flying a spaceship and switching its color in different situations, offering a unique and engaging game experience.

Stars Wagon for PC, Mac and Linux on May 31st

Stars Wagon ”Standalone Edition” is the ultimate edition of the game that will be available for PC, Mac and Linux; has new features, improvements and special effects in comparison to the mobile version which was released last month. For more details about this edition, visit the company’s blog:

Alejandro wrote: Playing Stars Wagon in a standalone platform feels great! Its solid gameplay and difficulty level will dare those gamers looking for a challenge. 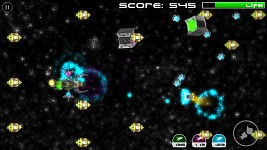 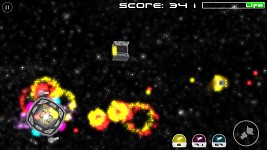 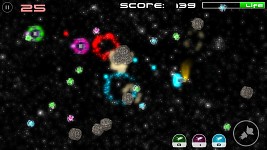 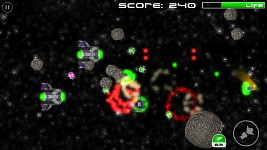 Our fast paced scroll shooter space game, Stars Wagon, has been published on Steam Greenlight in aims of releasing it for standalone platforms.

Our fast paced scroll shooter space game, Stars Wagon, has been released on the App Store and Play Store. The game can be downloaded for free.