The planet Kordok enters into a environmental crisis that exterminates all living beings and food, leaving only the intelligent species Halien without food for the entire species. The legendary Captain Clark and his assistant Kathe begin a search throughout the universe to find a quick solution for their species and restore the ecosystem of their planet, when they reach a distant galaxy, with a green planet, with "beings" that raise living beings called "animals" to eat, or multiply food with what they produce. Clark and Kathe are very interested in the planet, because it is similar to its old ecosystem, similar levels of gases, which would make it the antidote so necessary for the Halien.Therefore, Captain Clark decides to send his apprentice, the most novice, but eager for adventure, Mars, a young Halien who has not had the opportunity to have adventures like his other recruiting partners, for his low level in physical tests, but with the best air-space control score of its entire generation. Mars will be responsible for traveling to this new planet to find the antidote under Captain Clark's orders, becoming the only hope for his entire species, and his planet.

To promote Mars Adventure and grow its popularity (top games), use the embed code provided on your homepage, blog, forums and elsewhere you desire. Or try our widget.

Is it have advanced crafting system or not?.. also underground tunnels to explore for cure. Rain for taking water into account, make things from wood, traps.. Players love crafting tricks, so i ..

Get a score in a basketball game with no players! Control the meme ball directly, pass through obstacles, run away from robot police and solve puzzles...

Relic Rides is a Voxel Style Crazy Taxi. Drive your way through ancient worlds delivering passengers to their world-famous destinations. Discover the...

Caveman Runner is a hot new top down action game. Delightfully random action involves collecting as many delicious steaks as you can before your caveman...

Defend Earth against the ruthless automatons! Counterattack is a scrolling space shooter for up to 8 players online and 2 local coop. Choose one of 8...

You are a ninja. The enemies are robot Nazis from SPACE. You have 10 seconds to kill all of the enemies in each stage. You need smarts, skills, and good... 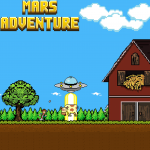