Loretta is a psychological thriller that would make the player an accessory to the heroine’s crimes and would lead her through a self-crafted nightmare. This story is about a woman, dealing with betrayal, her husband’s infidelity, relationships problems and difficult social situation of the 1940s.

Conceptually and aesthetically, the game is inspired by the American art of the twentieth century, the works of Andrew Wyeth and Edward Hopper, film noir of the 40s-50s, thrillers by Alfred Hitchcock, the Philip Ridley movie "The Reflecting Skin", the books "1922" by Stephen King and "Lolita" by Vladimir Nabokov. 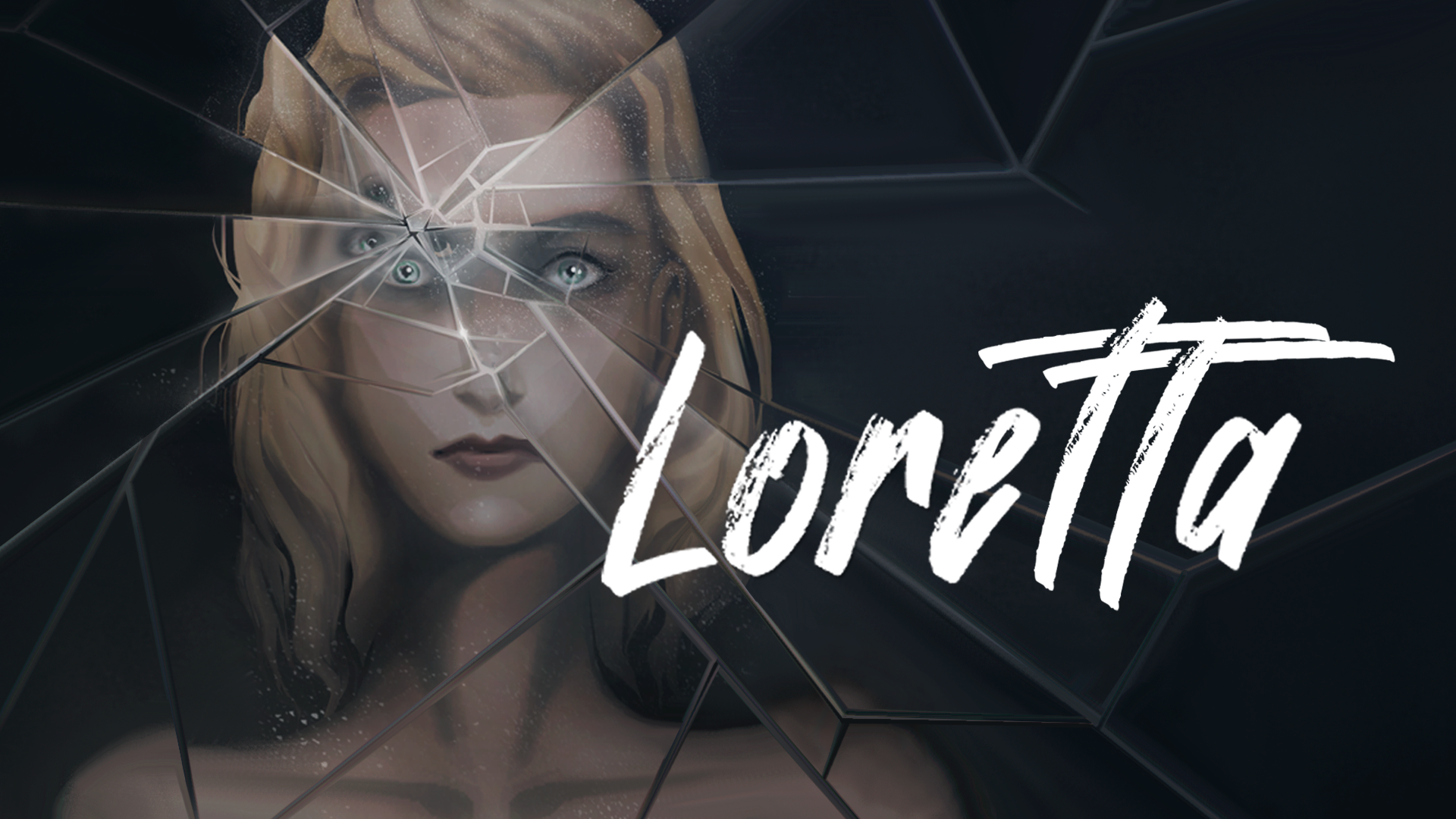 The year is 1947. Lora and Walter Harris move to a farm, which used to belong to his parents. Walter is a writer and Lora is a housewife. Both are quite unsuccessful.

The family is going through financial difficulties. The situation is also complicated by the fact that Walter owes money to people from New York. And although the husband keeps it a secret from his wife, Lora has a suspicion. Moreover, she suspects him of cheating.

Lora understands that she gave up her job, her dreams and other opportunities for her failure of a husband she doesn’t even love. Now she is stuck in a cold empty house barely making ends meet.

As she struggles to make loan payments, she finds out that Walter’s publishing house has insured his life. In the event of his death, the insurance sum would be 30.000$. A plan is born in Lora’s mind.

Loretta is a story-driven adventure game in which gameplay focuses on choosing phrases in dialogue, interacting with objects, and making decisions: planning the murder and getting rid of the evidence. Killing a husband, trying to cover a crime, Loretta makes a player an accomplice. 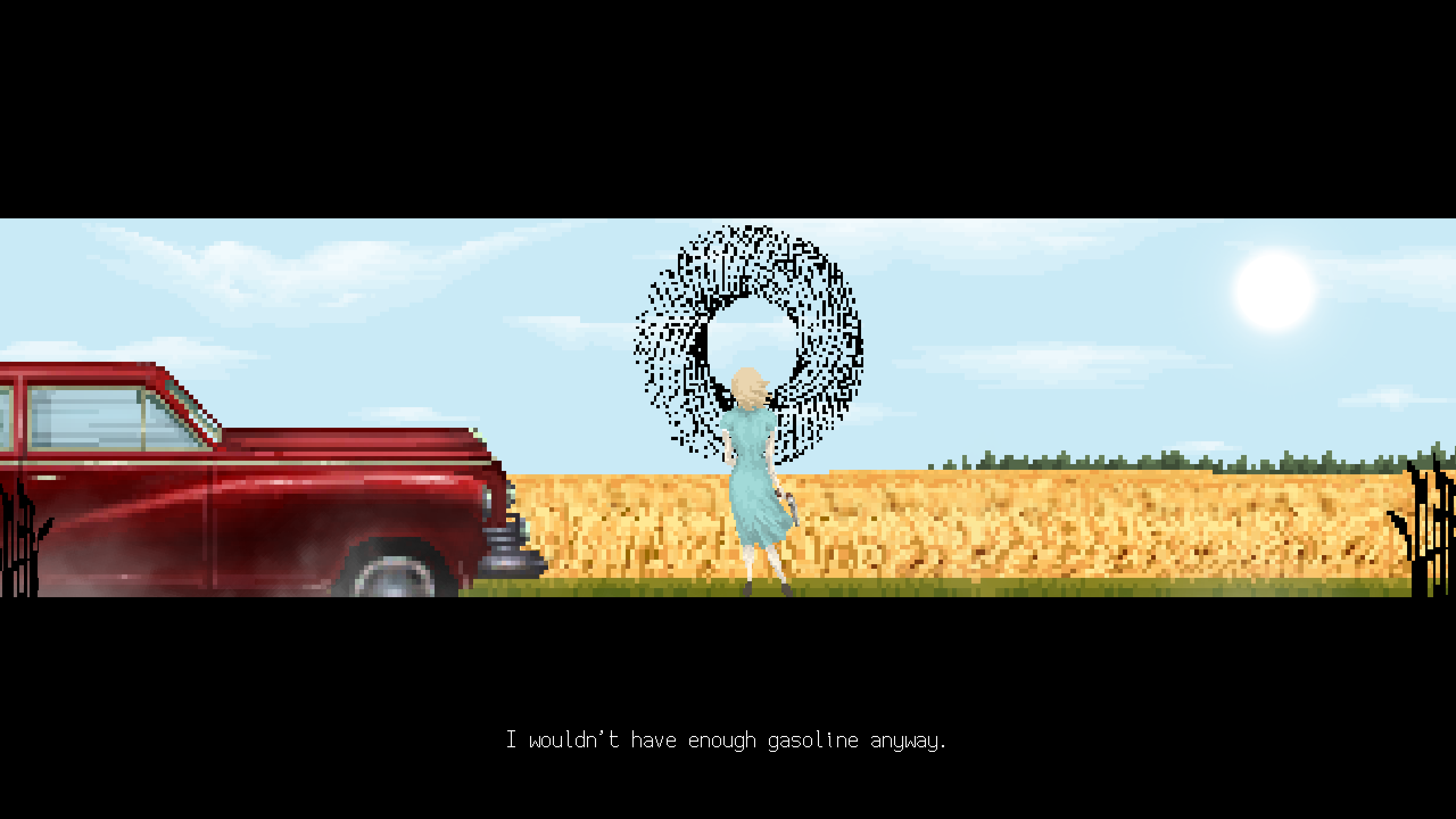 - The plot can either turn into a web of dodgy lies, or into a crescendo of bloody murders.

- Player is free to decide the fate of the character. 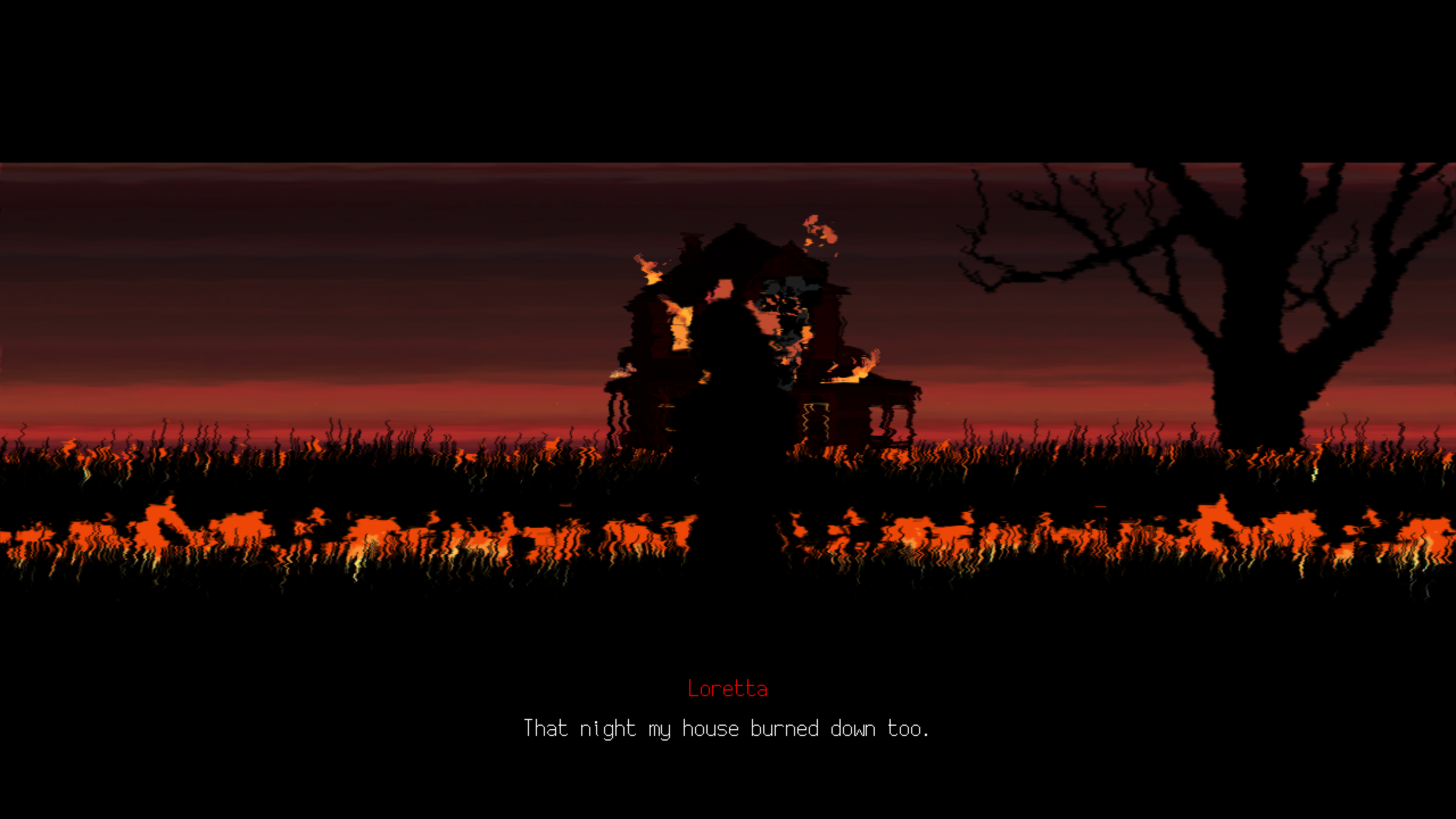 I would like to present to you a New DEMO of Loretta.

heroine’s crimes and would lead her through a self-crafted nightmare. This story is about

a woman, dealing with betrayal, her husband’s infidelity, relationships problems and

the difficult social situation of the 1940s. 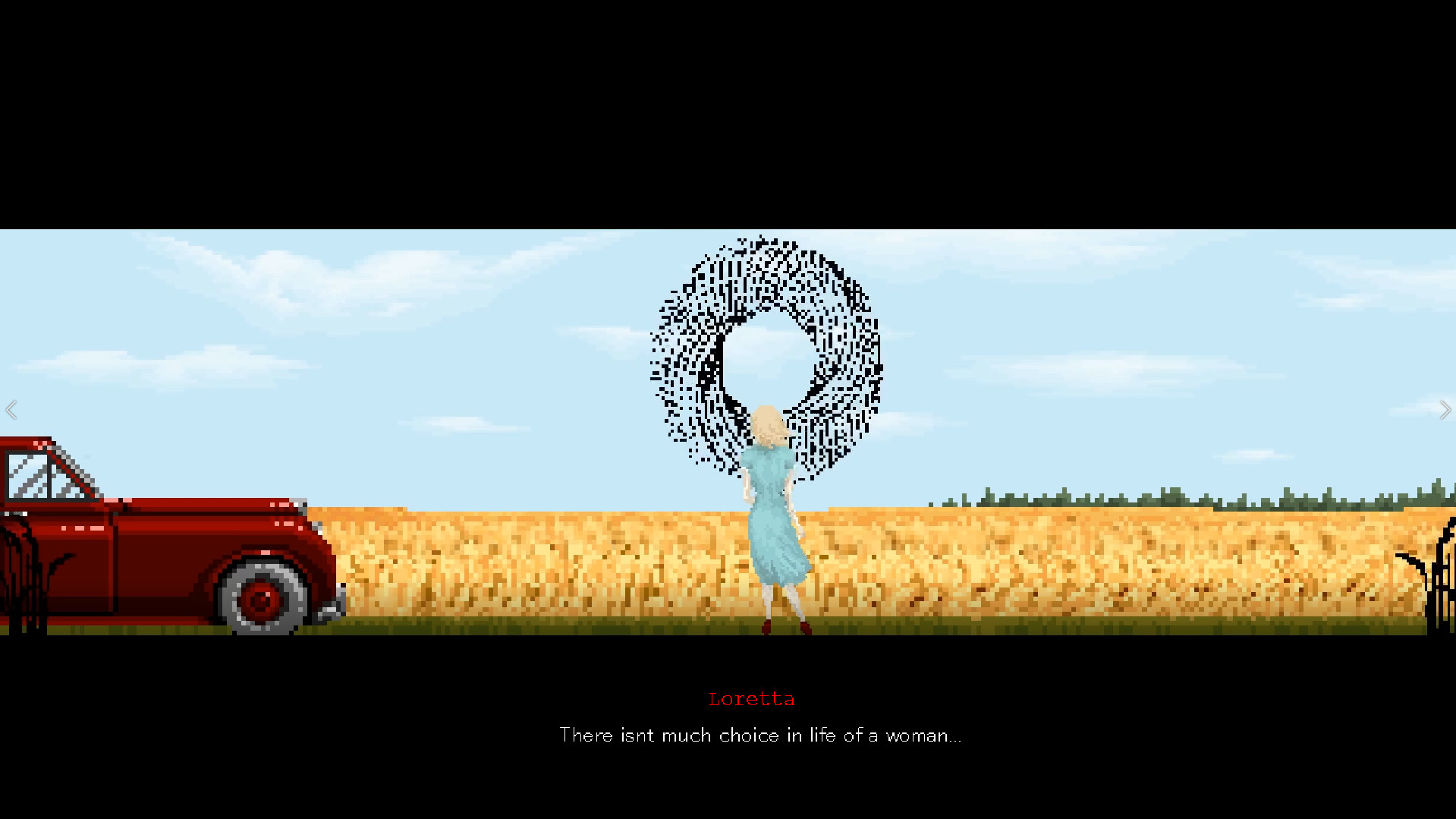 Please feel free to share with your friends, add Loretta to the wishlist, and leave your feedback^^ 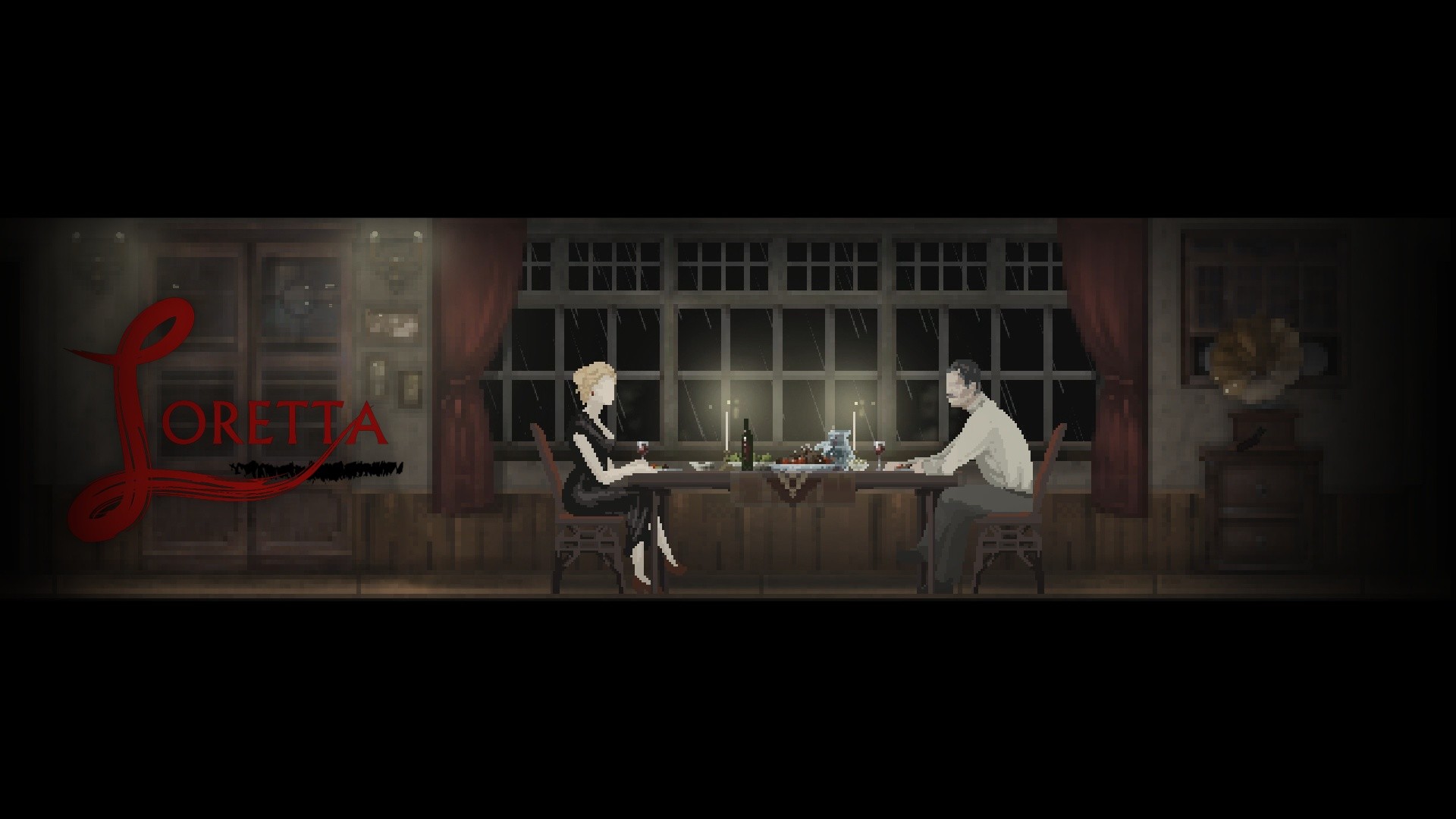 Loretta and more about

This story is about a woman, dealing with betrayal, her husband’s infidelity, relationships problems and difficult social situation of the 1940s.Conceptually...

DO NOT CROSS Adventure