Prepare defences and fight battles with hordes of Aliens over many different levels. Each wave of Alien attack gets tougher and larger. LAS is a retro style shoot’em up - rebooted.

Backstory; you are the last human on a remote mining planet, far from home or help. You awake from stasis to find all your work colleagues have disappeared and alerts that hundreds of hostile aliens are attacking. The Company wants you to defend their mining station and its many assets from destruction. You want to survive, find your colleagues, kill the aliens and try not to get billed too much by the Company for any assets you inadvertently destroy.

Each level offers different challenges in large and complex environments with various dangers, assets to protect and opportunities to wipe out the invading Alien force. An in-game computer system must be mastered to ensure the defences are deployed, barriers made and override the Companies desire for asset protection over your protection! Discover hidden assets that will help defend you or make mincemeat of the Alien intruders. Learn how to upgrade your weapons and build new ones!

A wide range of Alien life forms with unique abilities will descend upon you in large numbers. Each type of Alien will require different tactics to defend against them and destroy them.

Weapons used may cause more damage and issues if used in the wrong locations of each level in the game. An explosion in the wrong place could take out half the building or flood the entire level! The Aliens will also seek to cause this kind of damage and you must prepare your defence appropriately.

After each wave use the MOM system to check for weakness in your defences and move or replace your weapons to be more effective.

Employee of the invasion

Employee of the century

Levels in the game include

Leisure and accommodation facilities (including Holodeck!) 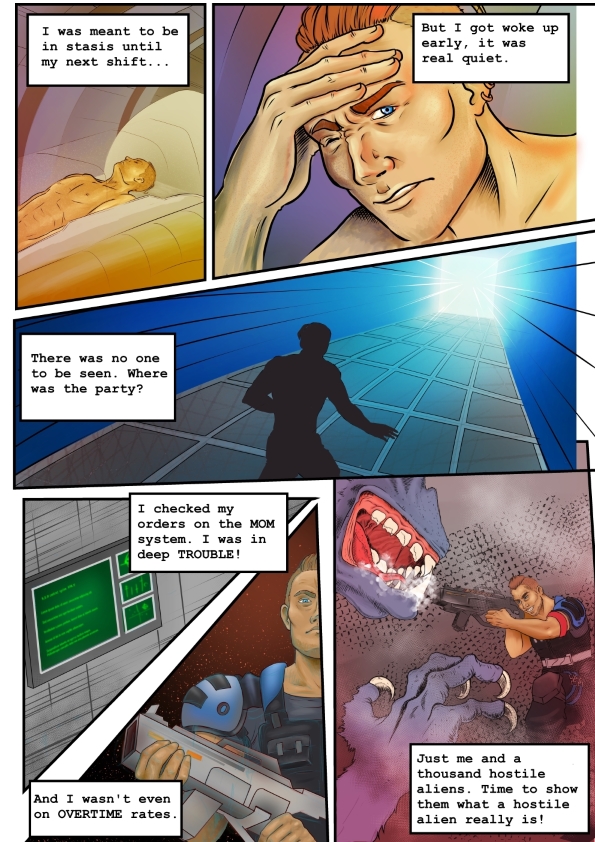 We've been working hard to get two demo levels available for free so we can get some feedback on the game concept and gameplay.

The battles between the Hero and Aliens has been improved to be very fast and furious with four weapons available to use; rifle, spray gun, missile launcher and a remote mine. 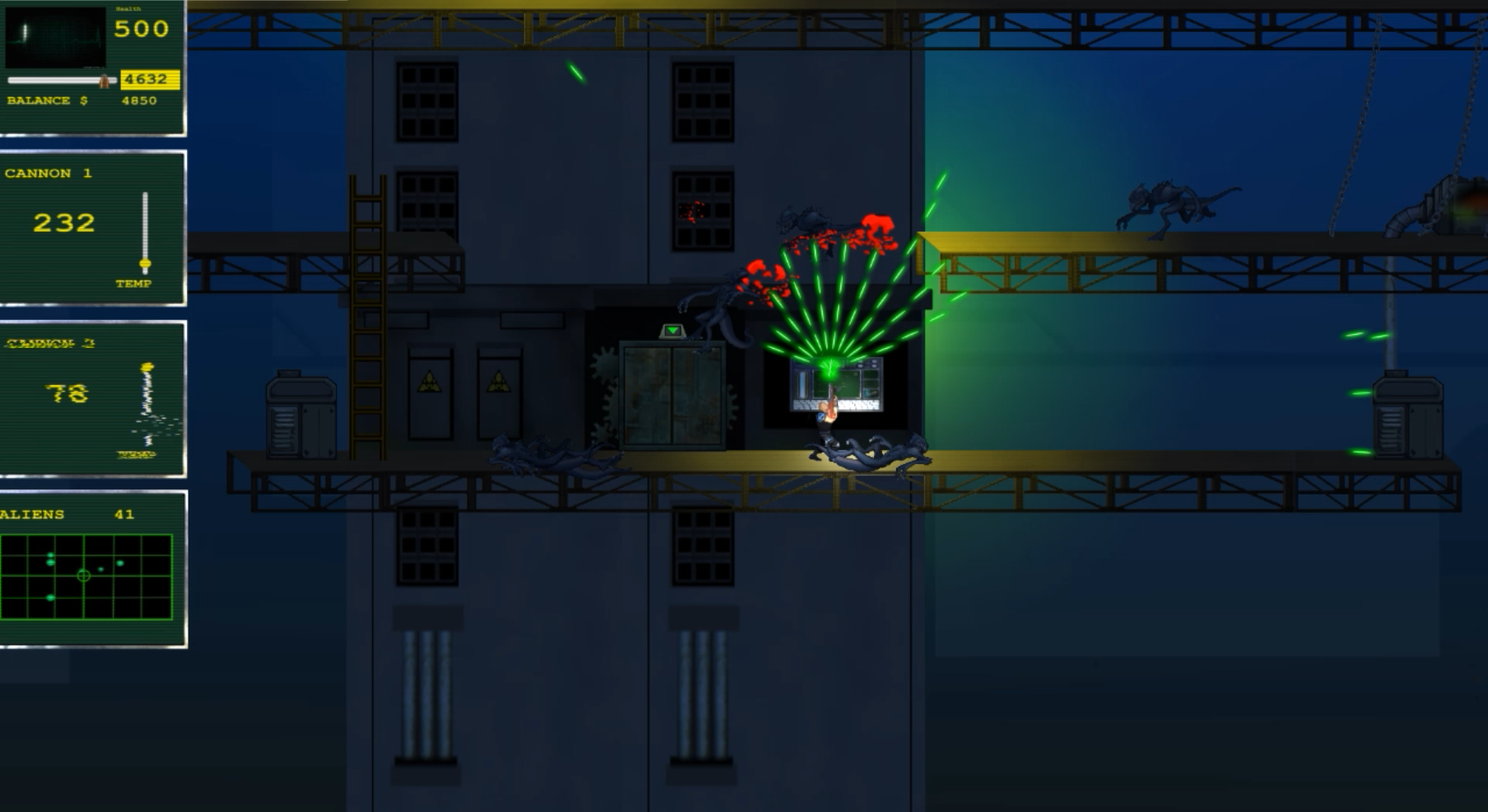 We've also added some detailed map layouts for the levels so the player can more easily deploy their defence assets. The player can view the whole play area and decide where different weapons can be placed to best defend the critical assets on the level; 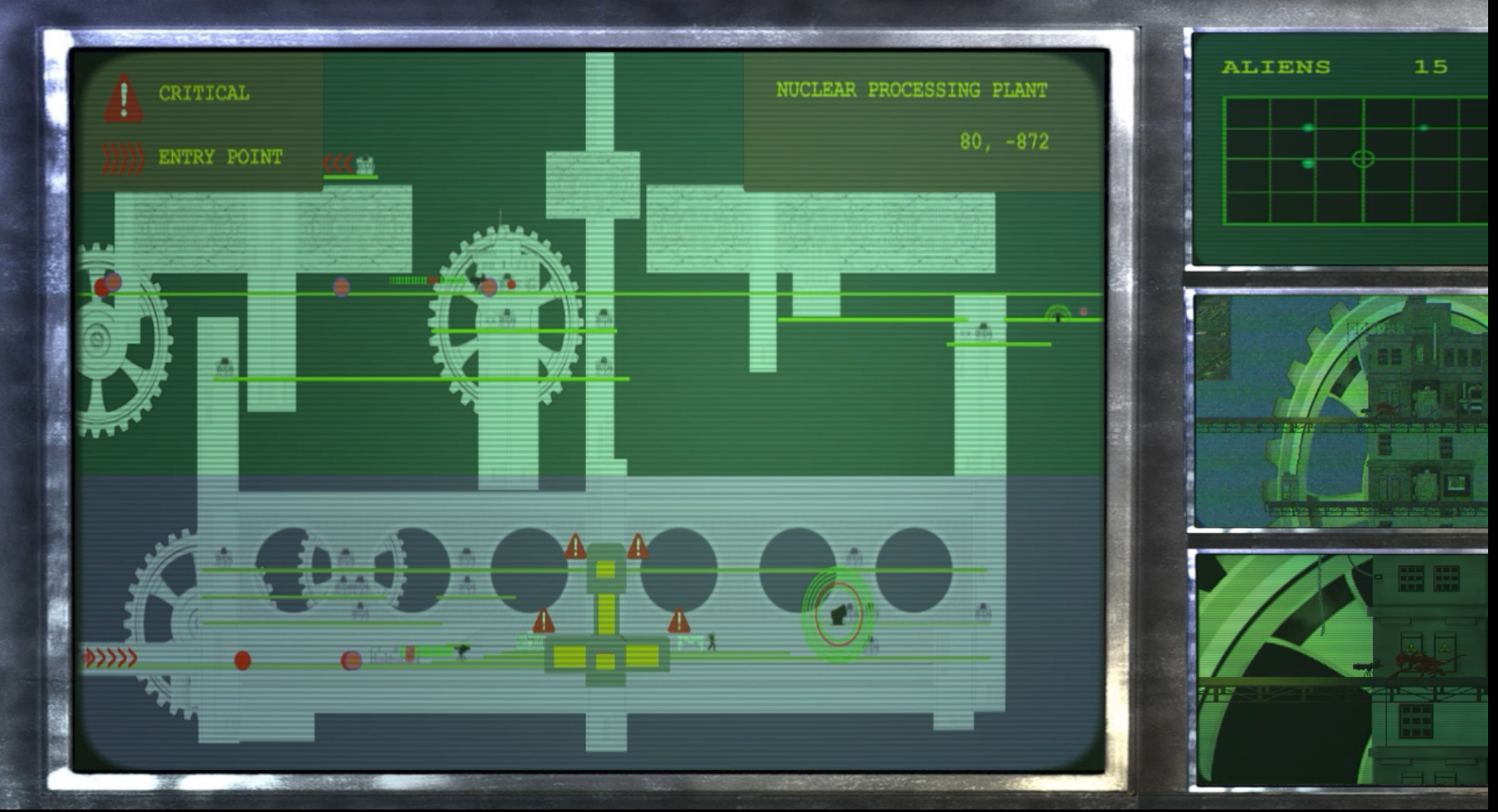 The player can return to this map whilst fighting a wave of aliens by getting to their nearest terminal in the game scene. The map will show where the aliens are in relation to the critical assets. It will also show the current location of weapons on the level - auto cannons, missile launcher, laser cannon and mines. More new weapons to be added soon - including a Suicide Cannon! A weapon that detonates on a large scale when its regular ammo is depleted.

We've also completed the initial version of repairs and upgrades; 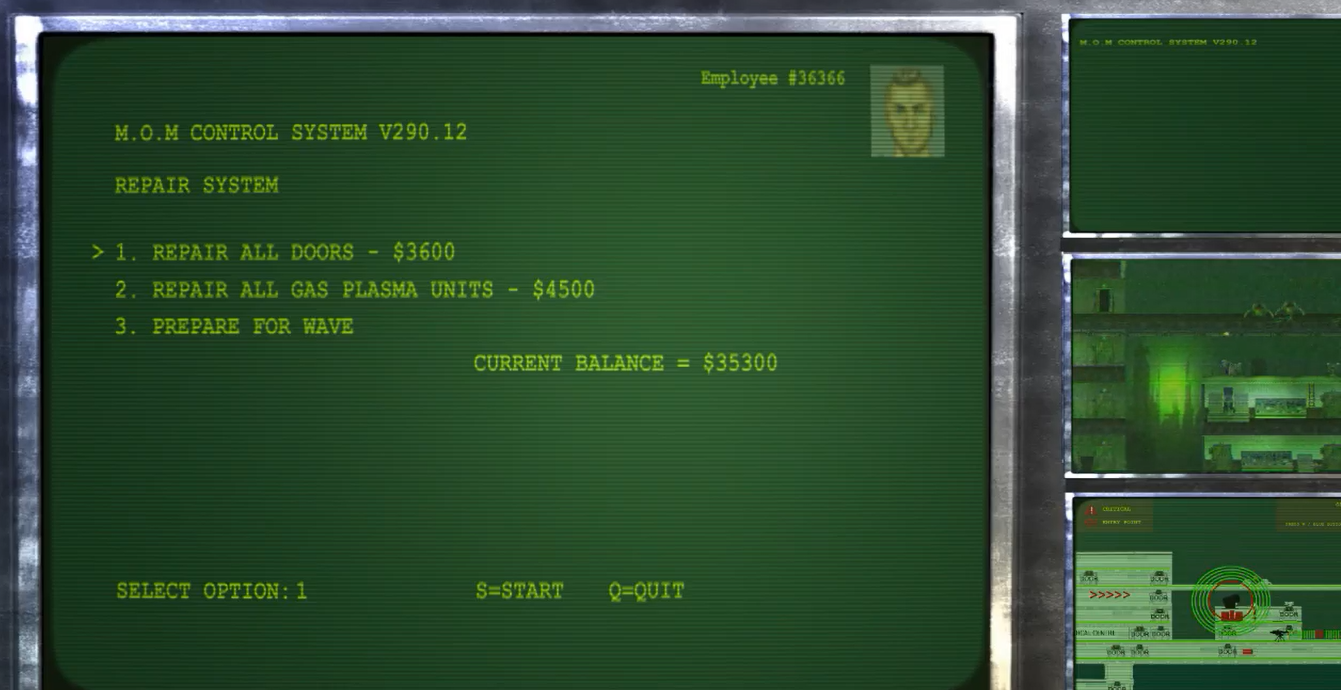 The menu system allows you to fix destroyed assets - if you have enough funds! Funds are added for killing aliens but also taken away when assets are destroyed.

Upgrades allow the weapon assets to have increased ammo and power. The auto cannons can be improved by upgraded to spray rounds.

Check out the latest game play video on indie DB.

Keep watching out for the FREE demo available on the 30th November!

Last Alien Standing now on Greenlight. Please help us get the game approved. Alpha version available at end of June.