We're launching our IndieGoGo campaign starting October 26th! It's a great way to get in on some great discounts and be a part of the development process when beta testing starts!

Start your career in action movies as Hollywood's newest action star! Pick your costumes, weapons and equipment and unlock more as you progress through your career by building fame and reaping its fortune. Film epic action sequences in exotic locals against a seemingly never-ending stream of bad guys. But watch out, your director likes to improvise on the set and may throw new challenges and goals to up the ante and make your scene the most over-the-top and over budget action sequence ever put to film. If you survive to the end you just might reap the rewards...

Killing, My Friend Developer Update - May 2019

Dwayne Douglass here. I know it's been a long time since the last update. A lot has happened but first and foremost we want to say that we are indeed still in development on Killing, My Friend. This last year or so has been a long tough road. We've scaled down the team actively working on KMF to three of us and it's by necessity become a bit of a weekend project for the three of us to some extent. This is a big, ambitious project with a lot of moving parts. And the scope of the project is not small so our progress has been slow. But slow as it has been, we have continued to progress. But since much of the progress hasn't been flashy, and instead more 'under-the-hood' we haven't had a lot to show for it. But now we are closing in on the point where we can share or work and put it in your hands to test and break and have fun with. So to aid in that you will see more regular updates from us from now on as we close in on early access.

And with that, I want to offer a heartfelt thank you for everybody who has kept up with us until this point and invite you to follow us into the future.

And without further ado I'll pass things along to Carlos to update you on what exactly has kept us busy all this time:

There has been quite a nice amount of progress towards getting to early access. The following will be a list of the major improvements which we shall do an in-depth dive into each down the line. 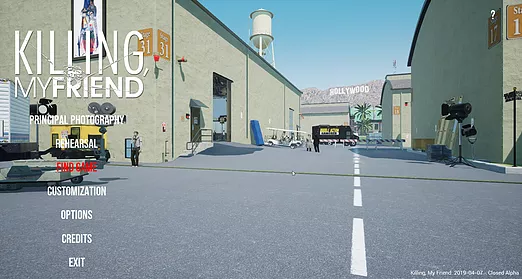 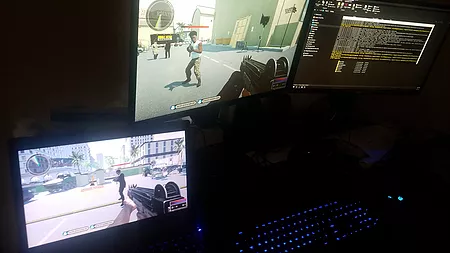 The above is just some of the things we've worked on and currently, we've split our focus into two parts which I will go deeper in an upcoming post. Player controller and Multiplayer are the two areas of focus, getting both to optimal levels for a beta is essential and progress has been going quite well in these two fronts.

We have stated this before and addressed it earlier in this post however, we will be doing the most to bring two updates a month. These updates will either be a blog similar to this or a developer blog/story that focuses more on specific systems/features that team member is working on.

We also want our community to join us on discord where you will be able to interact with us and ask questions or just chat with other players who are also awaiting a beta. Also, we ask that you apply to the newsletter which is on the sidebar on this page above the social icons or in the contact us page, you'll receive a notification when there is a new post and who knows maybe we'll be sending out some secret emails, wonder what they could contain ;>

It's Official! We've Been Accepted Into The ID@XBOX Program!

That's right! Killing, My Friend has been accepted into the ID@XBOX program for release on the XBOX ONE!

We're going live with our IndieGoGO campaign next week on October 26th. Back us early for some great discounts!

Bluedrake42 plays Killing, My Friend and our Kickstarter has launched!

Bluedrake42 offered up some awesome gameplay of our prototype to celebrate the launch of our Kickstarter campaign!

We have released our prototype gameplay trailer! And we're announcing the launch of our Kickstarter on 10/22!

these animations are fire af, who's the people behind these, cause you need to keep them for if yall make another game, give dem guys a raise xD

Congrats on getting on to xboxOne!!
Much Love.

This game has a lot of style.

I'm wondering, will the animations and game-play be a bit more faster in the future? This opinion is based on its current trailer.

Is it going to be compatible with Mac?

That is the plan, yes. Though the initial release may be PC only, we plan to support Mac.

Twitter
Tags
Embed Buttons
Link to Killing, My Friend by selecting a button and using the embed code provided more...

One In The Chamber First Person Shooter